The European Union formally agreed Monday to impose sanctions on China for human rights abuses against the Muslim Uyghur minority in the Xinjiang region, marking the first time the bloc has issued punitive sanctions against Beijing since the 1989 Tiananmen Square crackdown.

The decision, made at a meeting of foreign ministers in the Belgian capital Brussels, consists of travel bans and asset freezes on four Chinese officials and one entity. 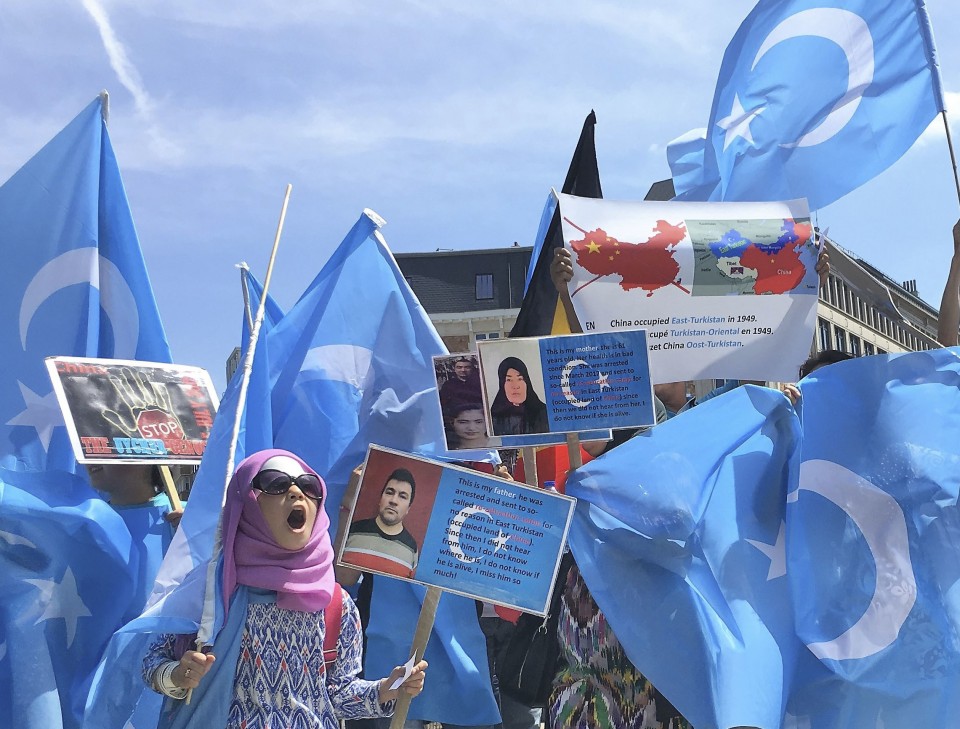 File photo taken July 5, 2018 shows Uyghurs staging a rally in front of a European Union institution in Brussels to demonstrate against the deteriorating human rights situation in China. (Kyodo)

China, which has continually argued that its detention camps are actually vocational training centers to preemptively combat terrorism and religious extremism, retaliated the same day by announcing its own sanctions on 10 individuals and four entities in the European Union.

The EU "must stop lecturing others on human rights and interfering in their internal affairs," the Chinese Foreign Ministry said in a statement that lambasted the move as "based on nothing but lies and disinformation."

The British government also announced the same day that it will sanction four Chinese individuals suspected of being involved in the human rights abuses against the Muslim Uyghur minority in China.

At a plenary session last December, the European Parliament strongly condemned the Chinese government-led system of forced labor and its oppression of minorities' rights to freedom of cultural expression, religious expression and speech.

Separately, the European Union also imposed restrictive measures on 10 highly ranked military personnel and one government official in Myanmar over the recent military coup staged in the Southeast Asian country.

The designations are part of the listings under the EU Global Human Rights Sanctions Regime, established last December to take concrete action against those involved in human rights abuses.