The country's official Korean Central News Agency said the warhead weight of the newly developed weapon has been improved to 2.5 tons. If true, that would make it capable of carrying a nuclear warhead. 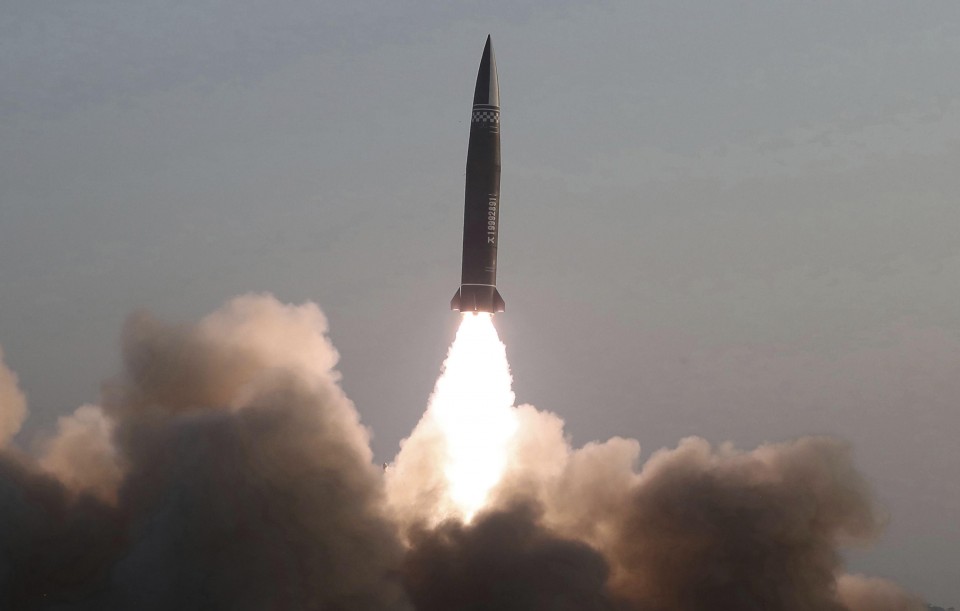 At a press conference in Tokyo on Friday, Japanese Defense Minister Nobuo Kishi confirmed the two projectiles "were a new type of ballistic missile that had never been fired before."

Japan and South Korea have said North Korea fired two ballistic missiles into the Sea of Japan on Thursday morning, conducting its first such launch in a year and first since Biden took office.

The two new tactical guided missiles, which can follow irregular trajectories at a low altitude, "accurately hit the target set in the waters 600 kilometers off the east coast of Korea," the KCNA report said.

"The development of this weapon system is of great significance in bolstering up the military power of the country and deterring all sorts of military threats existing on the Korean Peninsula," it said.

The Friday edition of the Rodong Sinmun, the newspaper of the ruling Workers' Party of Korea, featured photos of a missile fired from a launch vehicle.

The Japanese defense chief said the missile is believed to be the same as one displayed at a military parade North Korea staged in January in Pyongyang.

North Korea's latest test-firing of missiles also came on the same day the torch relay for this summer's Tokyo Olympics, postponed from 2020 due to the coronavirus pandemic, started.

In a parliament session on Friday, Japanese Prime Minister Yoshihide Suga suggested North Korea is one of the major issues to be discussed when he holds talks with Biden next month in Washington.

"I will work with Mr. Biden on North Korean policies, including how to deal with ballistic missiles," Suga said.

"I am well aware of the fact that our people are deeply worried about North Korea's missile test launch yesterday," Moon said in a speech, adding that it is time for the two Koreas and the United States to "make efforts to continue dialogue."

There is a possibility that the day's ballistic missile launch may have been one of the topics they discussed.

Biden's predecessor Donald Trump engaged in unprecedented summit diplomacy with Kim Jong Un. The former U.S. president met North Korea's leader three times in 2018 and 2019 in the hope of convincing Pyongyang to give up its pursuit of nuclear weapons.

But negotiations made little progress during Trump's four years in the White House that ended on Jan. 20 this year, with the two nations at odds over issues including the degree of sanctions relief Pyongyang should receive for taking denuclearization steps.

Last week, North Korea pledged to ignore U.S. attempts to hold bilateral talks unless Washington withdraws its hostile policy toward Pyongyang, lambasting the Biden administration for trying to use North Korea-U.S. contact as a "means for gaining time."

Pyongyang and Washington have no diplomatic relations.