Upward revisions in earnings forecasts for this fiscal year by listed companies in Japan have been triple the downward ones, as cautious views on the impact of the new coronavirus eased toward the start of vaccinations in February, according to a credit research firm.

Improvement in their outlooks for the year to March 2021 helped pull the Nikkei stock index up above a 30-year high last month, Teikoku Databank said in a survey report of listed companies which close their books in March. 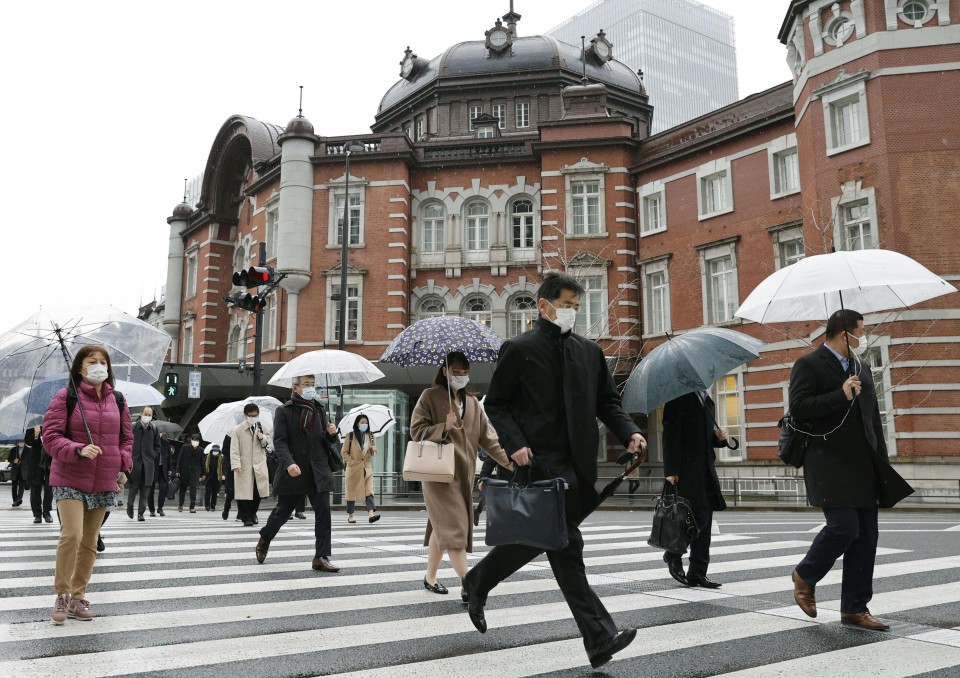 Some 802 companies had revised their sales projections by the end of February, of which 604 or 75 percent raised their guidance, while 198 reduced it, according to the recent survey. Manufacturers accounted for roughly half of the companies having revised upward their projections.

When initial earnings projections were released, mostly after the first state of emergency over the coronavirus in April in Japan, many companies were "aware of the threat" from the virus and the impact was reflected in their estimates, Teikoku Databank said.

But "the fact that domestic vaccinations started in February helped result in the highest number of monthly upward revisions" of 313 in the month and "served as a factor" for the Nikkei index to finish above the 30,000 mark for the first time since August 1990 on Feb. 15, the research firm said.

Some companies are "steadily boosting earnings" by taking advantage of demand sparked by the need to stay at home in the pandemic, while many others are struggling with changes to lifestyle, it added.

The electronics giant held off on providing an earnings forecast when it reported earnings in May, citing uncertainty stemming from the worldwide spread of the virus and provided its first guidance in August.