Japanese filmmaker Ryusuke Hamaguchi expressed surprise Saturday that his small-scale film was recognized by a prestigious event like the Berlin International Film Festival, at which it was named grand jury runner up.

"I could never think of the film completed by a team so small amid the coronavirus pandemic would win an award at a big film festival like the Berlinale," the 42-year old said during an online press conference in Tokyo. 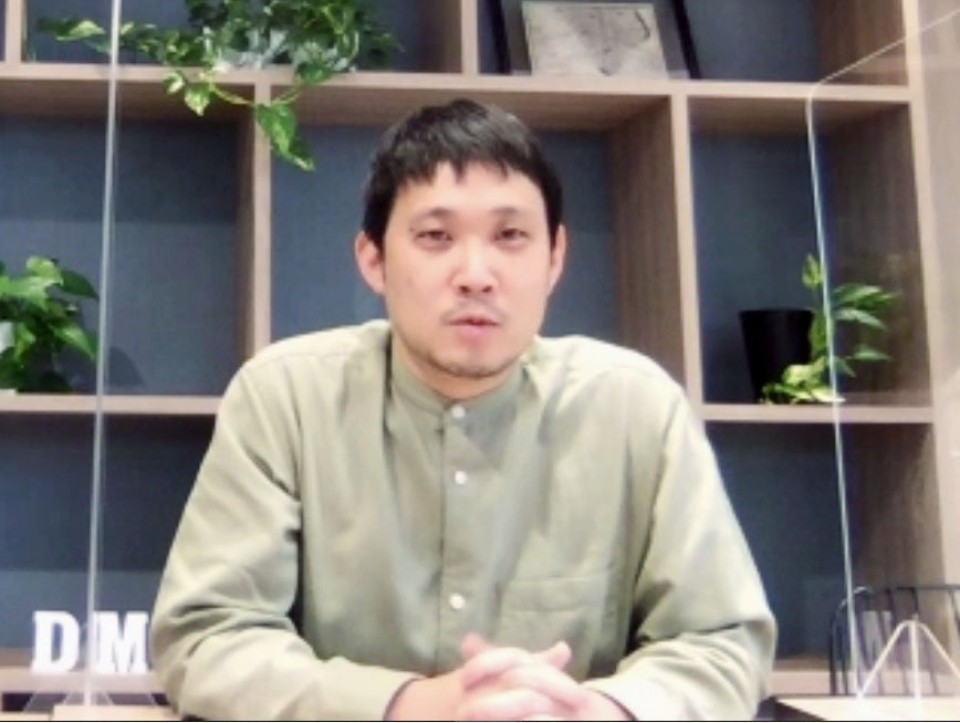 "Guzen to sozo" (Wheel of Fortune and Fantasy), awarded the Silver Bear Grand Jury Prize at the festival's 71st edition on Friday, is a collection of three short stories on chance and coincidence each revolving around a different woman.

The dialogue-driven dramas, written by Hamaguchi, depict the suspicions and urges in the hearts of characters after accidental events. The film's Japan release date has yet to be decided.

The three episodes will constitute part of a series of seven. As for the remaining four episodes, the director said "Since short stories can be experimental, I will develop twists and plots that reflect what we want to try."

The Berlinale was held from Monday through Friday as a virtual festival due to the novel coronavirus pandemic. The festival's Summer Special, to be held in June, will allow the general public to see the selected films in the presence of the filmmakers. 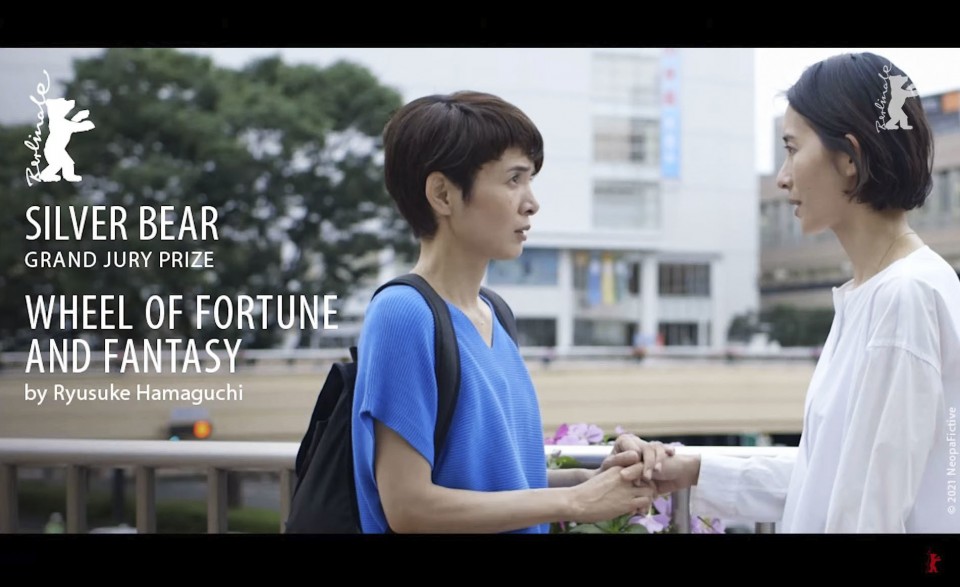 Screenshot image shows the announcement of Japanese director Ryusuke Hamaguchi's film "Wheel of Fortune and Fantasy" as the winner of the Silver Bear Grand Jury Prize at the 71st Berlin International Film Festival on March 5, 2021. (Kyodo)

Hamaguchi is the first Japanese winner since 2014 when Haru Kuroki won the Silver Bear for Best Actress in the film "Chiisai Ouchi" (The Little House).

His 2015 breakthrough feature "Happy Hour," which premiered at the Locarno Film Festival, went on to win awards at numerous film festivals.