Six seasons have passed since a Japanese driver has lined up on the Formula 1 grid, but the wait will soon be over with the debut of young charger Yuki Tsunoda in motor racing's premier class.

At just 20 years old and all of 160 centimeters tall, Tsunoda hardly cuts an imposing figure, but he has already proven to be a formidable force on his journey to a seat at the AlphaTauri team. 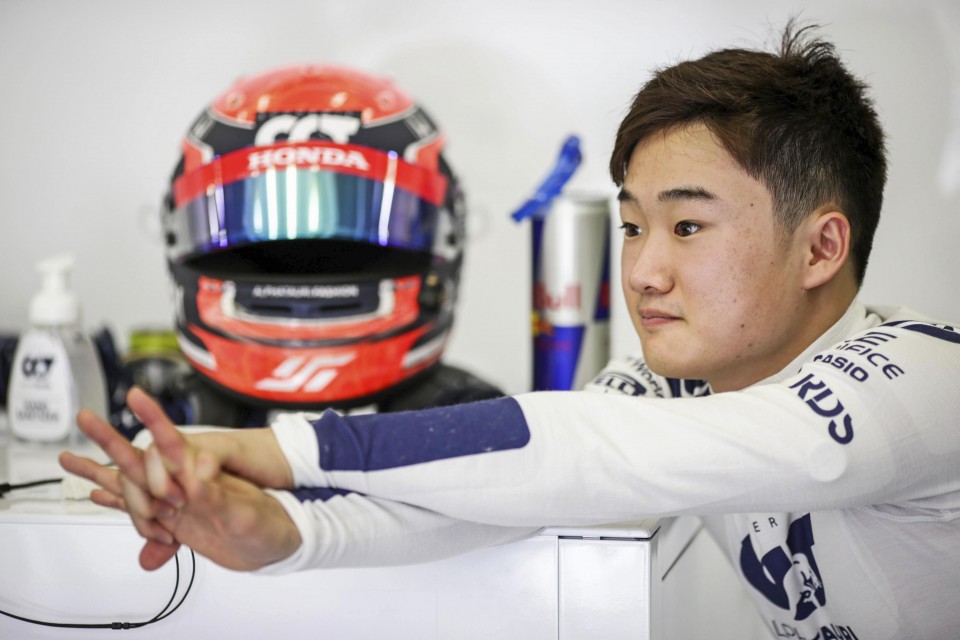 Yuki Tsunoda of Scuderia AlphaTauri and Japan during Day Three of F1 Testing at Bahrain International Circuit on March 14, 2021 in Bahrain. (Getty/Kyodo)

He made headlines by clocking the second-fastest time at testing two weeks ago in Bahrain, only marginally behind superstar and Red Bull stablemate Max Verstappen.

Though variations in weather, car setups and team plans can make such preseason benchmarks appear more meaningful than they are, there is no shortage of positive signs for the Kanagawa Prefecture-born racer.

He racked up 185 total laps over the shortened three-day test, far fewer than his grid-leading teammate Pierre Gasly, but it was enough to allow him to settle into the confines of his cockpit. 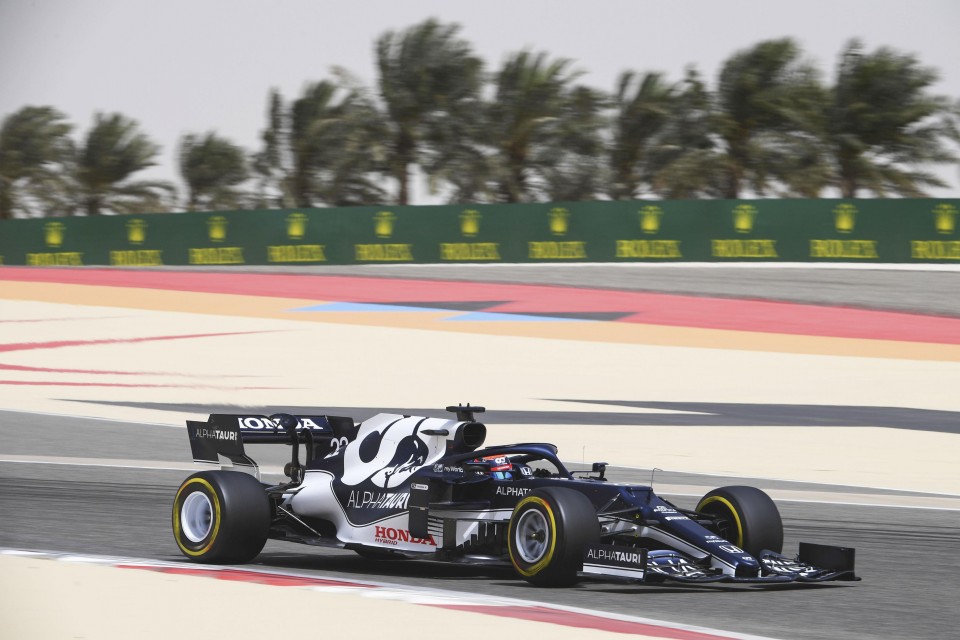 Yuki Tsunoda of Japan driving the (22) Scuderia AlphaTauri AT02 Honda on track during Day Two of F1 Testing at Bahrain International Circuit on March 13, 2021 in Bahrain. (Getty/Kyodo)

"You can't get too ahead of yourself, as it's only testing, but it's great to finish the three days on a high," Tsunoda said of his rapid lap.

With the lights set to go out on the season's first race at the same Middle Eastern track on Sunday, attention will turn to whether Tsunoda can unleash the skills that have gotten him this far when matched up against the best.

"I think for me it's great that we're returning here so soon for the start of the season, as I've managed to complete a lot of running here now and understand the track well," he said.

Tsunoda is not shy about assessing his own abilities and hopes the familiar surroundings will help him shine.

"I think my strengths are braking and overtaking," he told Japanese media in a press conference last week.

"Braking is important in F1...cornering all starts with braking, so if the braking is off, then it is difficult to know the behavior of the car and any changes it requires."

The last Japanese driver to grace the grid was Kamui Kobayashi, an exciting prospect who never got a shot in the best F1 machinery. Kobayashi was the seventh Japanese driver to score championship points, and Tsunoda says he aims to be the next this year.

"I have no particular plan, I just want to score points," Tsunoda said.

Veteran F1 journalist Joe Saward told Kyodo News the steady progression of Japanese drivers over the years is an indication that Tsunoda has a great shot to stick.

"We haven't really seen Yuki in action in Formula 1 yet, but I watch the Formula 2 races and was very impressed with him last year," said Saward, whose opinion carries weight after covering 579 races since 1988 and publishing his own magazine, Grand Prix Plus. "He's feisty and quick," added the Briton.

Saward also said Tsunoda's strong English is a significant factor in his future, as he will not be hampered by a language barrier that has held back some Japanese drivers.

"He speaks English to a significant level, which means he will be able to communicate effectively with his engineers. This has often been a problem for Japanese drivers in the past, because one needs very precise language skills to get the most out of a modern F1 car."

"It's hard to compare him to previous (Japanese) drivers, but in general, each generation has been better than the last," Saward said.

In addition to learning English over the past few years, Tsunoda has had to work on his body, getting it into a condition to handle the rigors of a race distance.

"I have been working especially on my neck and my core," he said. "Especially after going to F1, because the G-forces are so large, much larger and incomparable to (cars I have driven in the past)."

"When I first ran an F1 car, there was so much load on my neck. On race simulations, I started to feel tired after 20 laps."

If he has managed to get his body right, Tsunoda will put himself in a better position to replicate the promise he proved on track in 2020, his first and only season in Formula 2.

In that coronavirus-impacted season, the Japanese driver accumulated three wins -- two that came in each weekend's longer and more F1-relevant feature race -- with four pole positions and seven podium finishes.

Driving for the Carlin team, he finished third in the championship, one point off second, but more than results, it was his abundant racecraft that won fans.

In the final race of the 2020 F2 season, he demonstrated he can maintain poise under pressure.

He entered 2020's final race sitting fifth in the driver's championship and needing to at least hold that position to secure a so-called "super license," a minimum qualification to race in F1.

He took a victory from pole position in the feature race and then carved through the field from eighth to second in the reverse-grid sprint race, earning his largest points haul of the season and a two-place jump in the standings. But more importantly, he clipped his ticket to F1.

The ability to pull off the spectacular overtakes he required in that race is important, but he will need consistency to remain in the Red Bull fold.

AlphaTauri and its big brother Red Bull team have taken a ruthless approach to their young drivers in recent years and Tsunoda just has to look across the garage for a reminder.

His new French teammate Gasly was unceremoniously dumped from the Red Bull team in the middle of the 2019 season after failing to equal Verstappen. The driver who replaced him, Alex Albon, faced the same fate at the end of 2020 and is now set to drive in the German touring car series.

Honda Motor, which supplies engines to both AlphaTauri and Red Bull, is departing the sport at the end of the 2021 season, meaning Tsunoda will not be able to rely on the Japanese company's backing for much longer.

He will face a stern test against Gasly, 25, who had a spectacular return to form in 2020, winning the first race of his career in Monza, Italy, and the first for the AlphaTauri team since 2008, when it raced under the Toro Rosso name.

Tsunoda said after testing that he and the Frenchman have so far had a seamless relationship, with the more experienced driver helping him acclimatize to the challenge, "especially with tire management in the race."

Gasly also offered praise for his teammate, saying, "It's important to have two drivers who can deliver and Yuki did a good job at the test, doing a lot of laps, which is a good sign."

"He made no mistakes and did everything that was asked of him," Gasly added.

Tsunoda is in a win-win situation in his relationship with Gasly. Should he match him, the Japanese will have outperformed expectations, but should he be beaten he will be given the leeway afforded a rookie.

But cordial inter-team relations are often fleeting in the intensely competitive world of F1, and the early promise the AlphaTauri team has shown this season means the pressure to perform will be on.