Australia said Wednesday it will send 8,000 doses of AstraZeneca Plc's COVID-19 vaccine from its own supply to Papua New Guinea to help the Pacific island nation combat a spike in coronavirus cases.

Prime Minister Scott Morrison said Australia will also make a formal request to the British pharmaceutical company and European authorities for a further 1 million doses of the vaccine that are contracted though not yet delivered to Australia to be sent directly to Papua New Guinea. 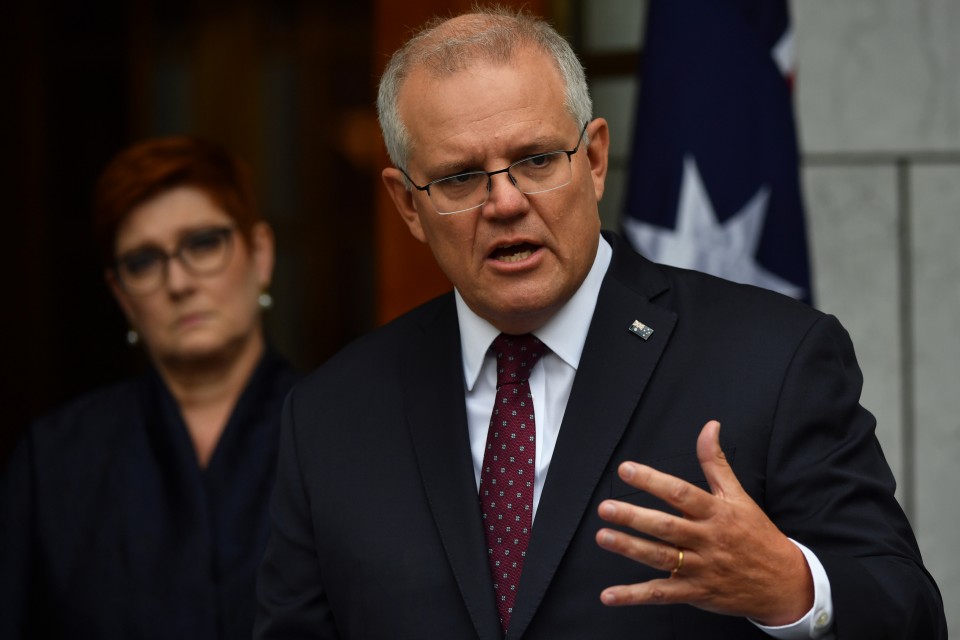 "We've paid for them and we want to see those vaccines come here so we can support our nearest neighbor, PNG, to deal with their urgent needs in our region," Morrison said at a press conference in Canberra.

According to Australian and Papua New Guinean local media, the developing nation of almost 9 million people reported 97 new coronavirus cases in the 24 hours from Monday to Tuesday, with an estimated 1,400 active cases nationally.

However, Australia's chief medical officer, Paul Kelly, said the number of official cases and deaths was likely a "major underestimate."

Kelly said half of the pregnant women admitted to Papua New Guinea's largest hospital have been found to be positive, along with large numbers of health care and frontline workers.

"These are all signs that there is a major epidemic in the community," he said.

Morrison also said Australia will send medical personnel and supplies, while restricting flights between the two countries for two weeks.

Australia and Papua New Guinea are separated by the roughly 150-kilometer-wide Torres Strait. However, people of both nationalities living on the archipelago of islands in between have a long history of shared culture and trade.

Queensland, the Australian state closest to Papua New Guinea, has recorded 32 cases imported from its northern neighbor since Saturday. The federal government has also fast-tracked vaccinations for the Torres Strait region.

According to the Australian Associated Press, a total of 2,269 people have been infected across Papua New Guinea since the beginning of the pandemic, with 26 deaths.