The number of people moving through some major train stations and other locations in Tokyo and adjacent areas rose Saturday from a week earlier, mobile communication carrier NTT Docomo Inc. said, citing its subscriber data.

The data came a day after Prime Minister Yoshihide Suga's government extended the coronavirus state of emergency in the capital and neighboring Kanagawa, Chiba and Saitama prefectures for an additional two weeks. 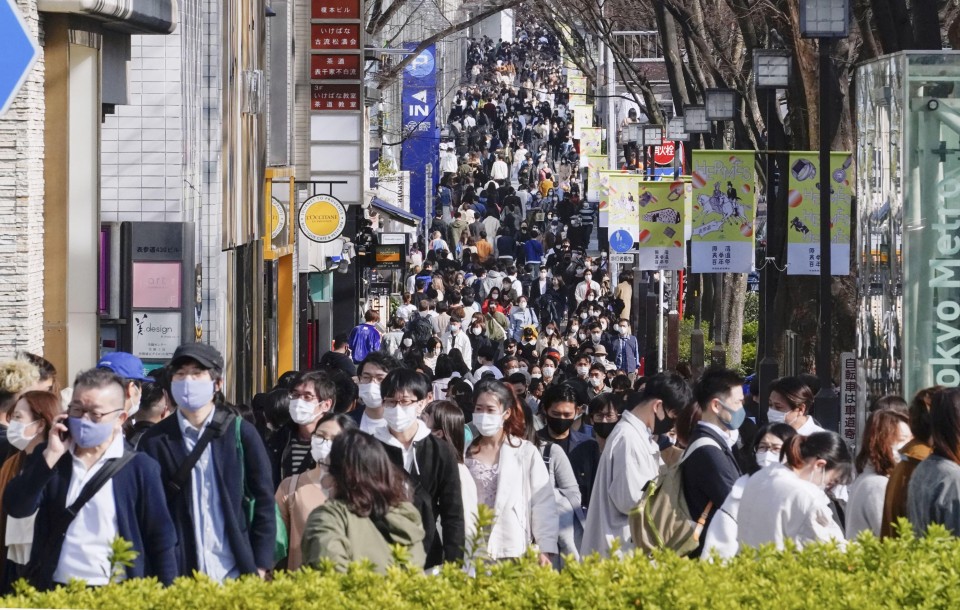 A shopping street in Tokyo's Omotesando area is crowded with people on March 6, 2021, a day after the Japanese government extended the COVID-19 state of emergency for Tokyo and three neighboring prefectures for two weeks. (Kyodo) ==Kyodo

According to the data, the number, as of 3 p.m., was up 6.8 points from last Saturday at Shinjuku Station in Tokyo, the largest margin of increase in the capital and the three prefectures.

In contrast, the number fell 4.9 points in the Marunouchi business district near Tokyo Station.

Under the state of emergency, residents of Tokyo and the three adjacent prefectures are being asked to refrain from unnecessarily leaving home while restaurants and bars must close by 8 p.m.

Companies are encouraged to adopt remote working, and attendance at large events such as concerts and sports games is capped at 5,000.

Nationwide, the number of people moving through major train stations and entertainment districts increased at 73 out of 95 locations observed, the data showed.

The government lifted the COVID-19 state of emergency for Osaka, Kyoto and four other prefectures last Sunday, given the steady decrease in infections there.