A man was arrested Tuesday for killing a wild deer last month in Nara Prefecture in western Japan, in violation of the law that protects cultural properties, police said.

Hayato Yoshii, a 23-year-old construction worker from Mie Prefecture, central Japan, has admitted to killing the deer, which are protected under the cultural properties protection law, with an ax.

Investigators quoted him as saying, "While I was playing with some deer, I got angry because one of them suddenly rammed my car. I was determined to kill it." 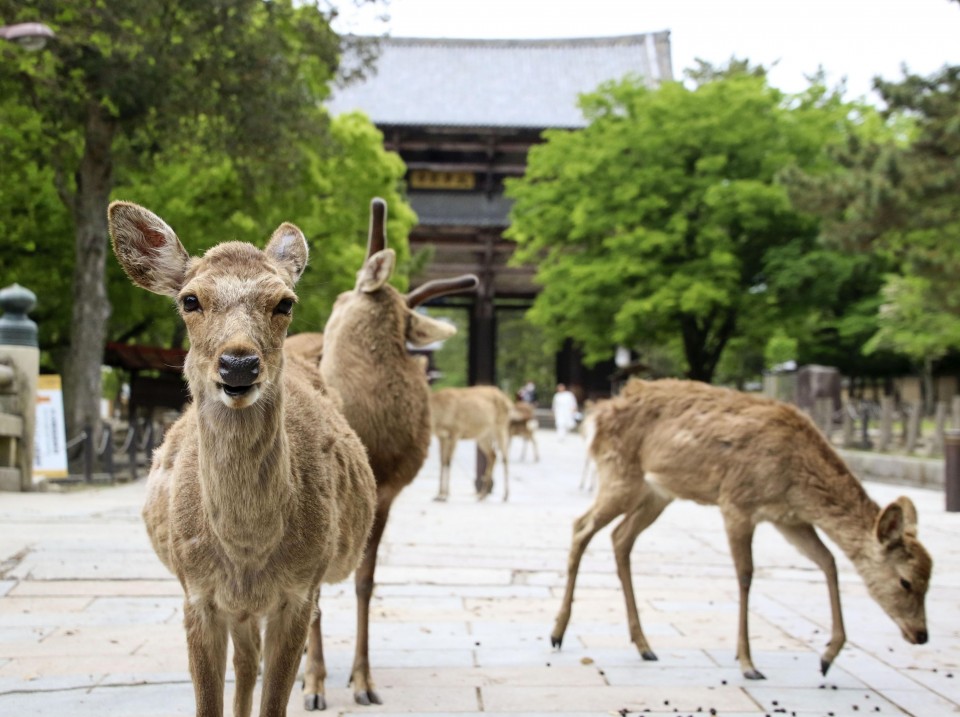 However, investigators believe he actually killed a different animal based on his testimony.

He allegedly attacked the female deer, estimated to be 11 years old, in Nara Park, a major tourist attraction, at around 2 a.m. on Feb. 7.

Police were notified by a passerby about an injured deer in the park and identified the suspect using surveillance camera footage of the area.

A total of 1,286 deer roamed the park as of last July, according to the Nara Deer Preservation Foundation. Visitors are allowed to feed the animal with digestive and sugar-free deer crackers called "shika sembei," which are sold in nearby shops.

In 2010, a man and a woman were arrested and given jail terms for killing a Nara Park deer with a crossbow. The man, who was a restaurant manager, told investigators he had financial problems and thought deer meat would sell for a high price.