Marinos, who opened the season with a defeat to champions Kawasaki Frontale, gave away three first-half goals all involving defensive errors, but well-taken efforts by the former Maritimo forward Maeda spared their blushes before the home faithful at Nissan Stadium. 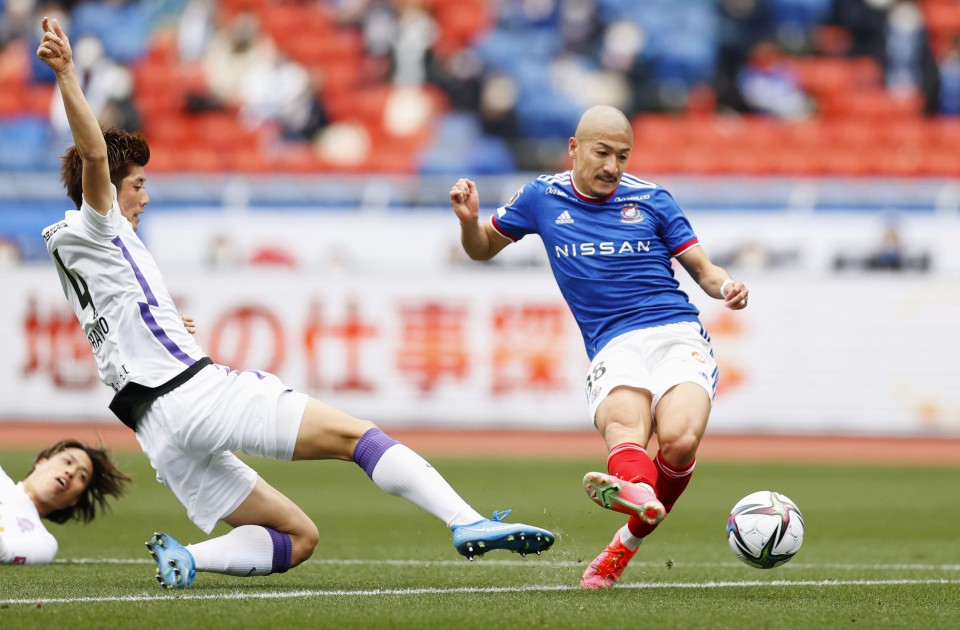 Daizen Maeda (R) of Yokohama F Marinos scores during the first half of his team's 3-3 draw with Sanfrecce Hiroshima in the J-League first division on March 7, 2021. (Kyodo)

Sanfrecce were ahead within 13 minutes after Ezequiel was fouled in robbing Marinos defender Thiago Martins of the ball in the box, the penalty being converted by fellow Brazilian Junior Santos.

The forward, who scored 13 goals in 22 games at Marinos last season before joining Sanfrecce over the winter, was a constant menace up front and drew another foul that led to the visitors' second in the 27th minute.

The home side halved the deficit in the 34th minute through speedster Maeda, who latched onto a floated ball behind the Hiroshima backline and spun away before calmly slotting past keeper Keisuke Osako.

"I'd heard their defense was not so quick so thought I could make the most of my strength, and I did well to score," Maeda said.

But Sanfrecce restored the two-goal cushion with another penalty in first-half stoppage time. VAR ruled the ball hit defender Ken Matsubara's raised right arm in a mix-up at a corner and Vieira converted from the spot.

The home side cut the arrears in the 54th minute when forward Onaiwu Ado controlled a cross in the box before hitting a half-volley on the turn, which went in via the hand of Osako and the post. 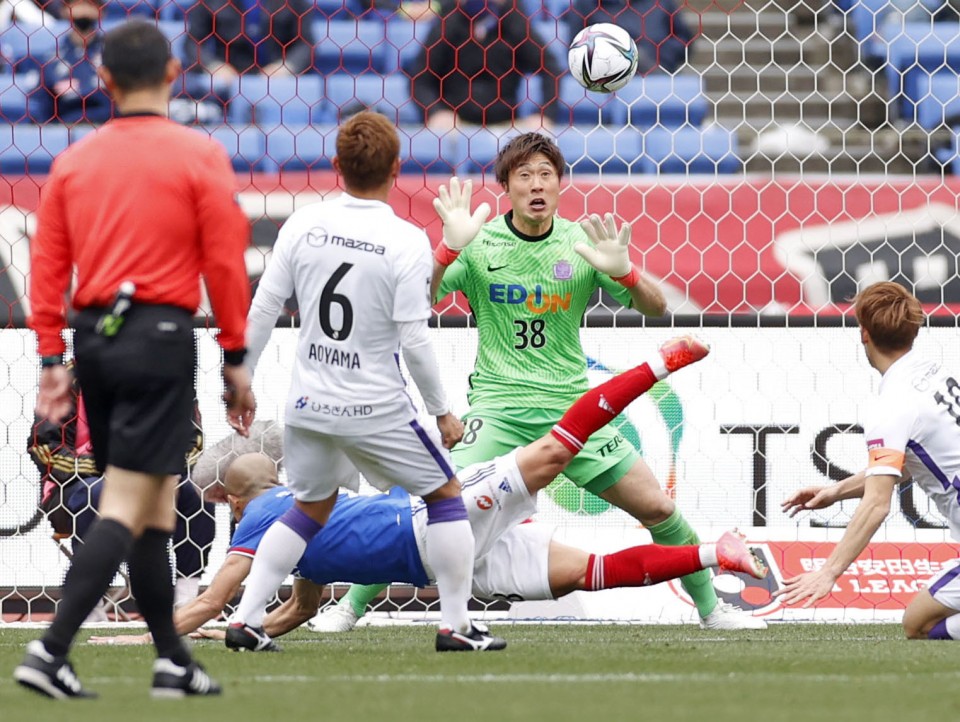 Daizen Maeda (bottom) of Yokohama F Marinos heads a second-half equalizer in his team's 3-3 draw with Sanfrecce Hiroshima in the J-League first division on March 7, 2021. (Kyodo)

Marinos equalized in the 67th minute after substitute Kota Watanabe did well to control the ball down the left flank before sending a cross for the 23-year-old Maeda to score with a diving header.

"We gave away unnecessary goals in the first half so I'm glad we at least could secure a draw," said Maeda, who worked tirelessly with his defensive duties too before coming off in the 81st minute.