No spectators at opening ceremony of Tokyo Olympic torch relay

The Tokyo Games organizing committee said Monday the Olympic torch relay's opening ceremony on March 25 will be held without spectators in the northeastern Fukushima Prefecture to help prevent the spread of the novel coronavirus.

The ceremony at the J-Village soccer training center, which was a frontline base to manage the nuclear crisis triggered by the March 2011 earthquake and tsunami, will only be attended by the event's participants and invitees to avoid large crowds forming. 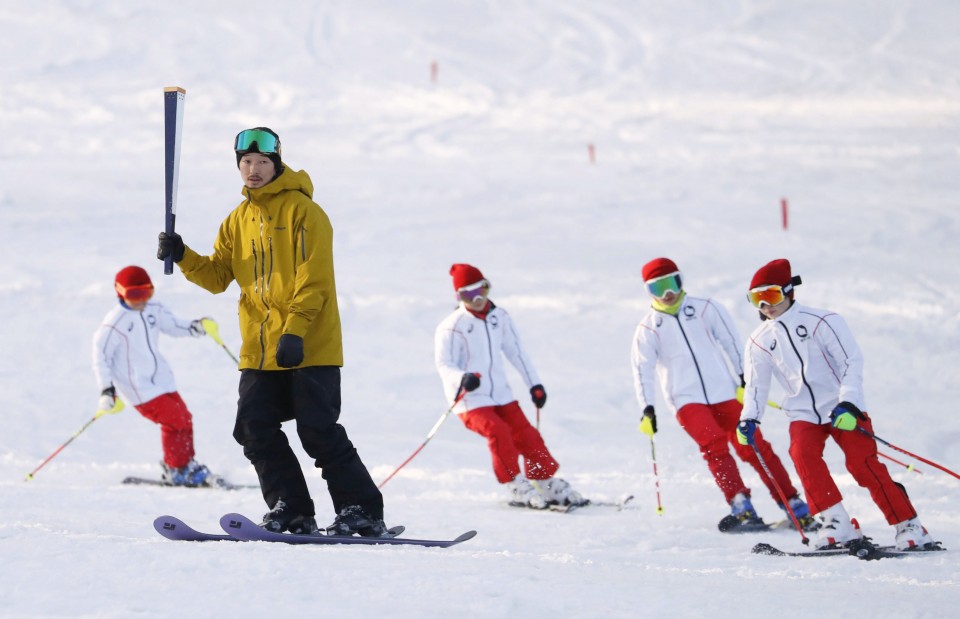 The number of those attending from Tokyo, under the extended state of emergency over the virus through March 21, will also be reduced, the organizers said.

Members of the Nadeshiko Japan soccer team, who won the Women's World Cup in 2011 in Germany soon after the disaster, will be the first runners, as was planned last year before the Tokyo Olympics and Paralympics were postponed to this summer.

A rehearsal for the torch relay was opened to the media the same day at Inawashiro Ski Resort, which will stage the relay on the second of three days scheduled for Fukushima Prefecture.

Former Olympic freestyle mogul skier Sho Endo slid down the slope, holding a model torch in his hand, as he led a group of 20 local elementary school pupils on a 500-meter tour.

"I'm happy to be able to ski in my hometown I'm emotionally attached to," said Endo, who placed seventh in the 2010 Vancouver Winter Games and 15th four years later in Sochi. "The fact the relay is starting is beginning to sink in."

Fukushima's local culture and art will be on display during a show to be staged preceding the ceremony.

Flowers decorating the venue will be those produced in the area affected by the disaster, while around 100 children from the town of Naraha, south of the devastated Fukushima Daiichi nuclear power plant where the J-Village is located, are to cheer on the first runner.