As Taiwan launches a new campaign to promote its pineapples after China suspended imports of the self-ruled island's fruit in an apparent attempt to squeeze its economy, Japan has ordered a record number of Taiwanese pineapples.

"Japan is among the most dynamic markets for Taiwanese fruits," said Wu Ming-ming, chairman of the Agricultural Bank of Taiwan, which has added pineapples to a website set up to preorder Taiwanese agricultural products.

According to Wu, exports of Taiwanese pineapples to Japan have been steadily increasing over the years. 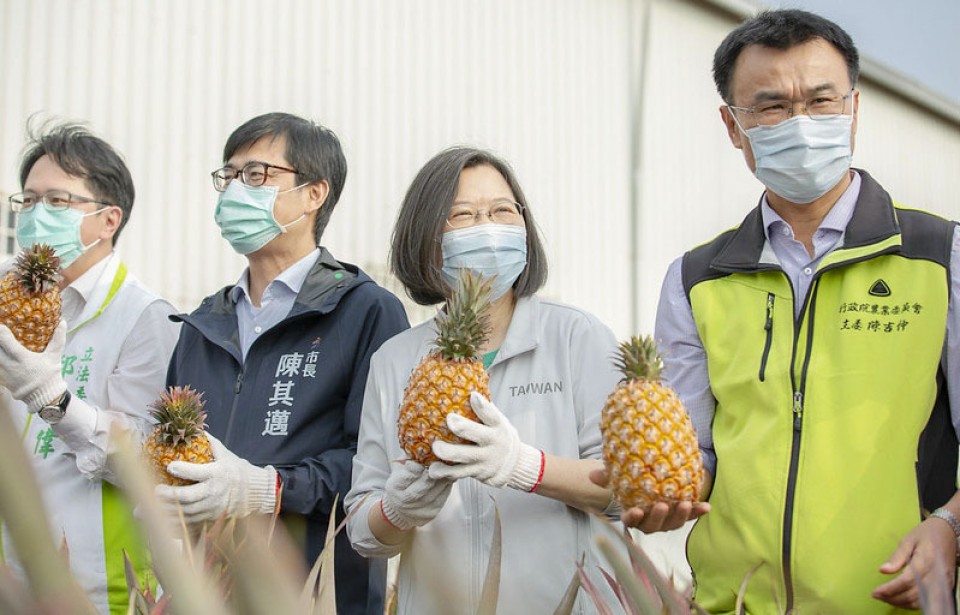 After China's ban that went into effect March 1, agriculture minister Chen Chi-chung said Japan preordered over 10,000 tons of Taiwan-grown pineapples, a new high for pineapple exports to the country.

According to Chen, Taiwan produces about 420,000 tons of pineapples annually. It exported some 45,000 tons last year and some 95 percent of them went to China.

To offset the loss, the Taiwan government decided to spend NT$1 billion ($36 million) to offset the impact, such as strengthening the promotion of pineapples at home and abroad.

Japan has become a welcome market.

Wu Ching-lu, honorary chairman of the Taiwan Vegetables and Fruits Exporters Association, said Japan imports about 15 percent of the pineapples it consumes, or about 157,000 tons, with the Philippines taking up the lion's share at about 152,000 tons.

If Taiwan can secure 20 percent of Japan's pineapple market, Wu said, it would completely compensate for the lost business from China.

Shunsuke Shirakawa, chairman of the Japan Taiwanese Chamber of Commerce and Industry's youth league, told Kyodo News there is much room to develop the Japanese market and marketing strategy is key.

"The Chinese ban may provide Taiwan with a great opportunity to turn the tide," he said.

Shirakawa said many Japanese are baffled by China's sudden ban and have begun buying or urging other people to buy Taiwanese pineapples as a gesture to thank Taiwan for its generosity in the wake of the massive earthquake and tsunami that devastated Japan's northeastern coast on March 11, 2011.

Then they discover how delicious Taiwan-grown pineapples are, he remarked, adding, "So thanks to China, Taiwanese pineapples are getting more noticed in Japan."

Responding to the Taiwan government's call on locals to consume more homegrown pineapples, Takao Nozaki, a Japanese restauranteur in Tainan, southern Taiwan who runs a chain of nine ramen shops, has purchased 3,110 pineapples to give away for free. 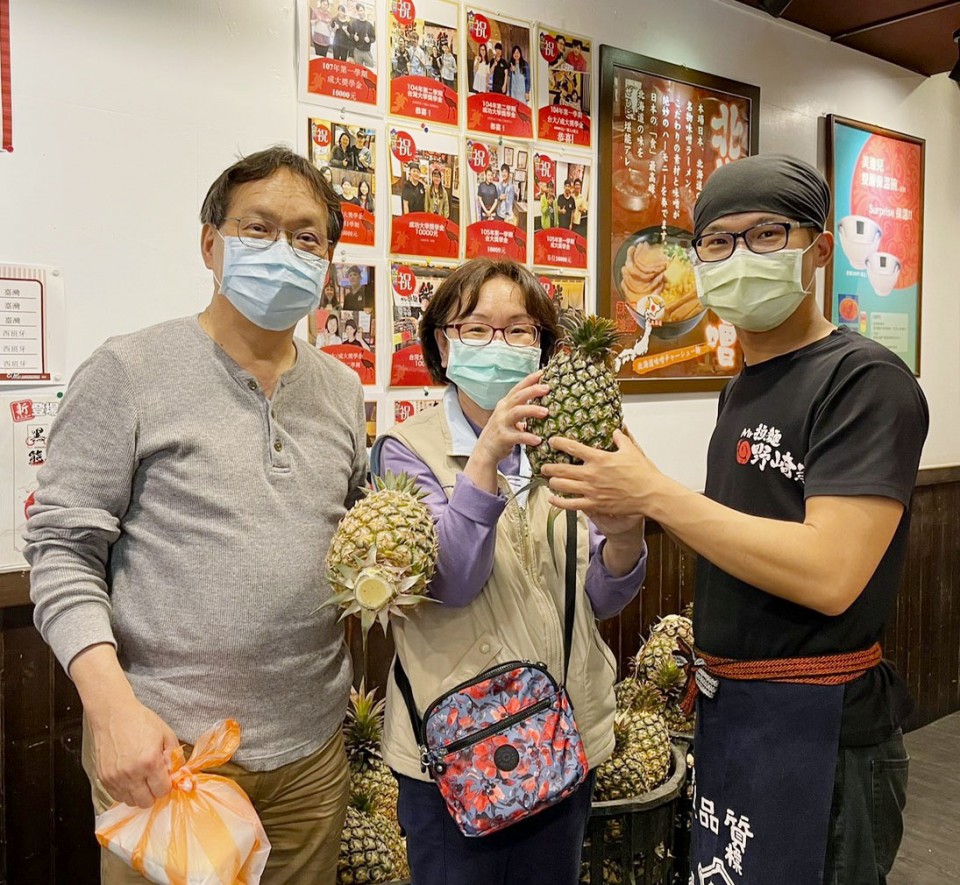 Every March 11 for the last nine years, Nozaki has been implementing a "buy one, get one free" deal for his Taiwanese customers only to thank Taiwan for its generosity it showed the Japanese people after Japan's quake and tsunami disaster.

Now he is giving out free pineapples with each bowl of ramen.

Taiwan, however, views the move as a political retaliation in response to the independence-leaning government's refusal to toe Beijing's line, similar to the way Australia was punished last year with heavy taxes on its lucrative wine exports.

The government then launched a campaign to offset the impact by promoting the subtropical island's pineapples at home and abroad.

Conveying solidarity, the de facto Japanese, U.S., Canadian, embassies in Taiwan recently posted photographs of their top diplomats in Taipei with the fruit, praising its quality.

Japanese Chief Cabinet Secretary Katsunobu Kato was even asked at a recent press conference about Japan becoming an export destination for Taiwanese pineapples.

He replied that Taiwan is an "extremely important partner" of Japan, which "looks forward to deepening economic relations." But he opted to "withhold commenting on individual products."