For Andy Anderson, the pain of losing his daughter Taylor in the massive tsunami that struck northeastern Japan in 2011 will never abate, but his resolve to carry forward her legacy in Japan is one way he copes.

"The best way we can honor people who we've lost is how we act in their memory and in their honor," Anderson, 63, told Kyodo News. 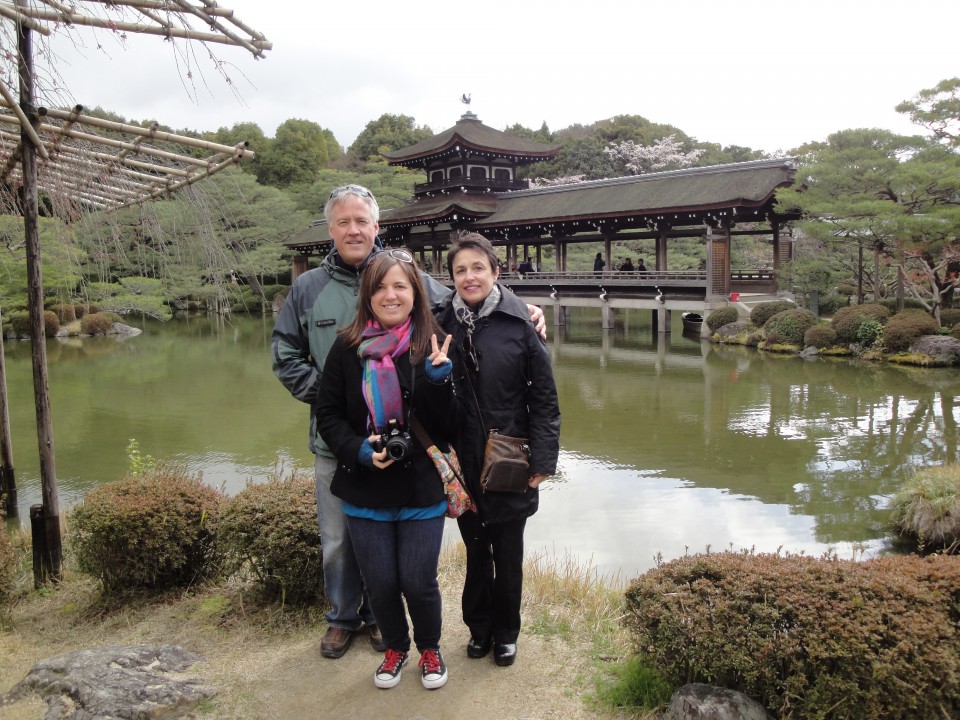 Supplied photo shows Taylor Anderson (C) together with her parents Andy (L) and Jean (R) during their visit to Japan in March 2010. (Photo courtesy of Jean and Andy Anderson)(Kyodo)

He and his wife Jean are honoring Taylor the best way they can by inspiring the joy of reading in children in Miyagi Prefecture's Ishinomaki, where she worked as an assistant language teacher as part of the Japan Exchange and Training Program, known as JET, from 2008 until her death.

A fund set up in Taylor's memory aims to build on that legacy by helping students and schools in Ishinomaki recover while bridging the gap between Japan and the United States. The fund also supports student exchanges between the two countries and local English speech contests of the type that Taylor coached her students to participate in while living there.

Now incorporated as a Japanese nonprofit organization, the Taylor Anderson Memorial Fund introduces as one of its main projects the creation of a "Taylor bunko" or a "Taylor Reading Corner" in various schools in Ishinomaki including those where she taught. Taylor was an avid reader. 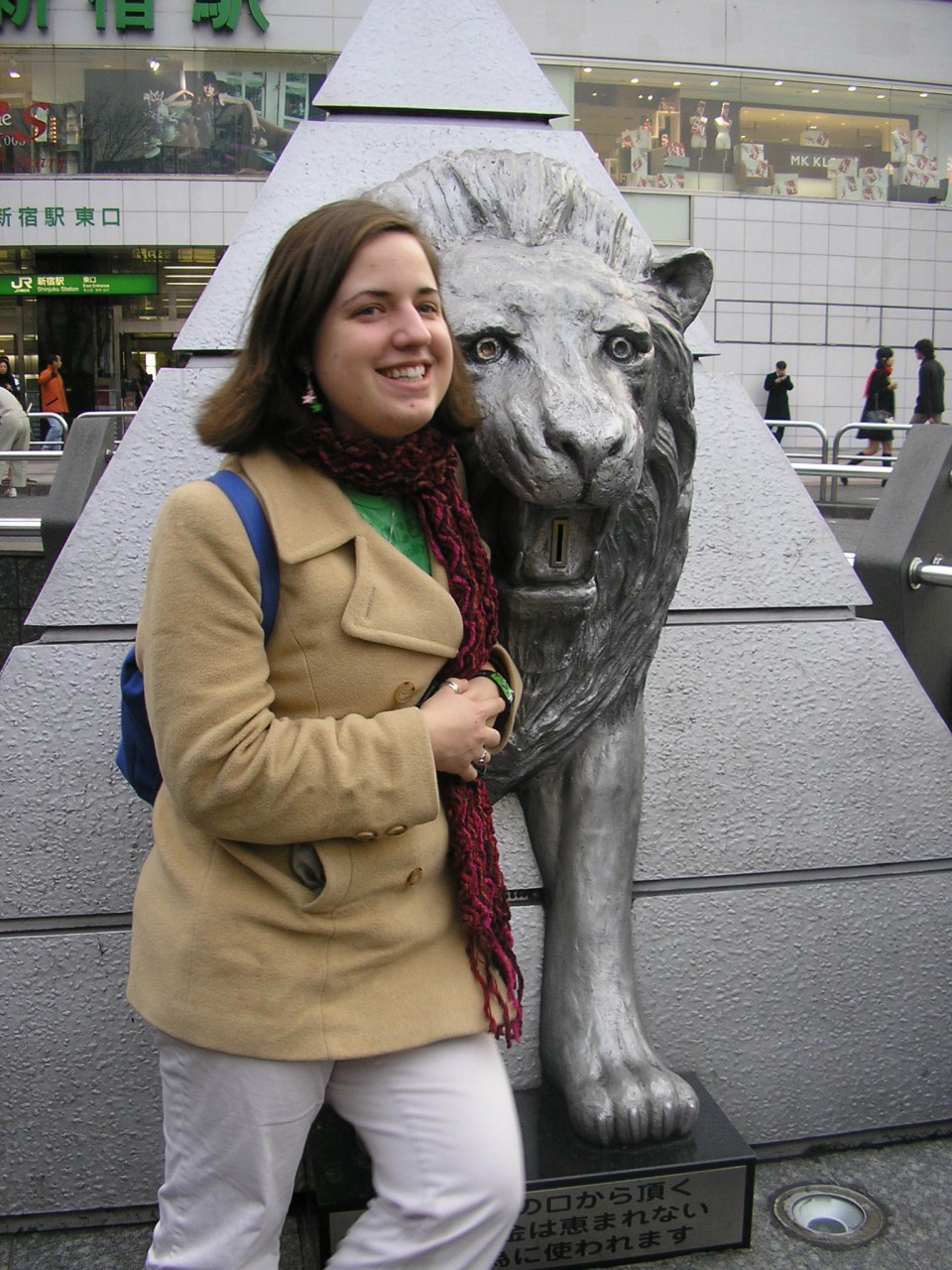 Since the first was established in September 2011 at the Mangokuura Elementary School, an institution where Taylor taught, 22 more have followed mostly in elementary and junior high schools in Ishinomaki.

The project involves donating books, including those that Taylor loved as a child, or book vouchers as well as bookshelves.

The wooden bookshelves are all built by carpenter Shinichi Endo, a resident of Ishinomaki who lost his three children in the 2011 catastrophe. All three were Taylor's students.

Taylor's father has since met his eldest daughter's students and said he could not be more proud as she "lit the light" and inspired local schoolchildren to learn and appreciate English. Meeting them is like reviving a "connection" with Taylor, he says.

Taylor immersed herself deeply in the Japanese language and culture and read the books of famous Japanese author Haruki Murakami among others. She also loved anime and manga and cute Japanese characters such as the famed Ghibli character Totoro and soybean character Mameshiba.

With her interest in Japan first piqued by her elementary school teacher, an American who grew up in Japan, the Richmond, Virginia, native started learning Japanese. Entering Randolph-Macon College, the international studies and political science major took up all the available Japanese courses.

She eventually entered the JET program which led her to "living her dream," her friends and family say. 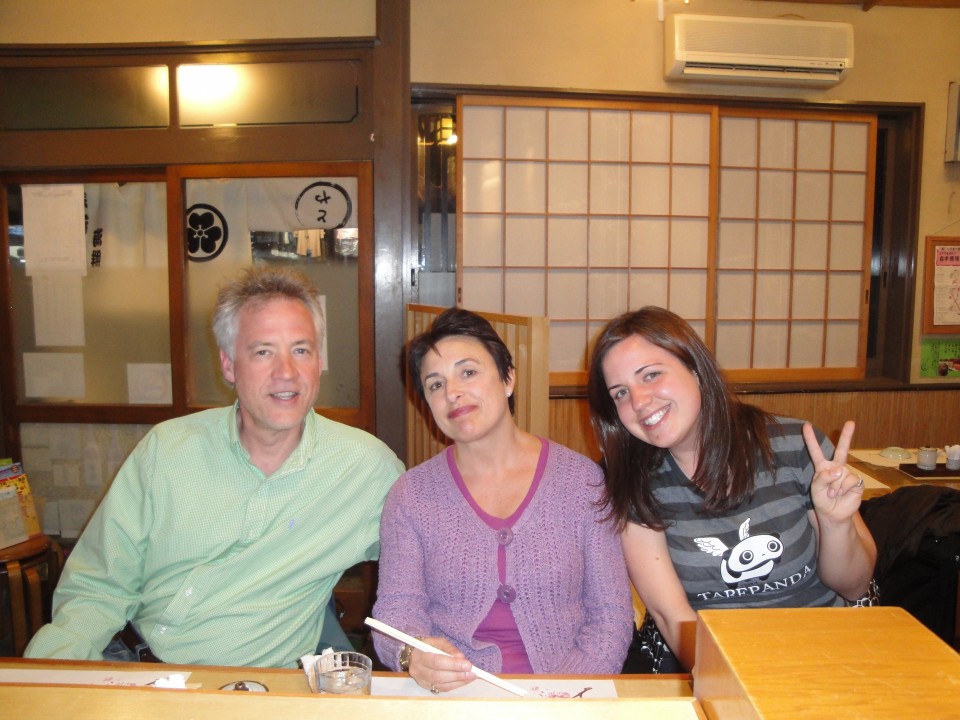 "That was the only thing she was going to do. She didn't apply for any other jobs," her father recalled. Although they would have preferred to keep her at home, he added, "If it's their dream, and it's going to make them happy, then, you know, that's what they need to do."

Taylor was planning to return home in August 2011 at the conclusion of her JET program, a course designed for the purpose of foreign language education and promotion of international exchange.

However, on March 11, 2011, Taylor was killed by the tsunami after helping students evacuate. She was last seen leaving one of the elementary schools she taught on a bike after the quake and before the tsunami hit.

In Miyagi, one of the three hardest-hit prefectures in the northeast, Ishinomaki lost the most people with estimates saying more than 3,000 people were killed in the disaster, local government data shows. 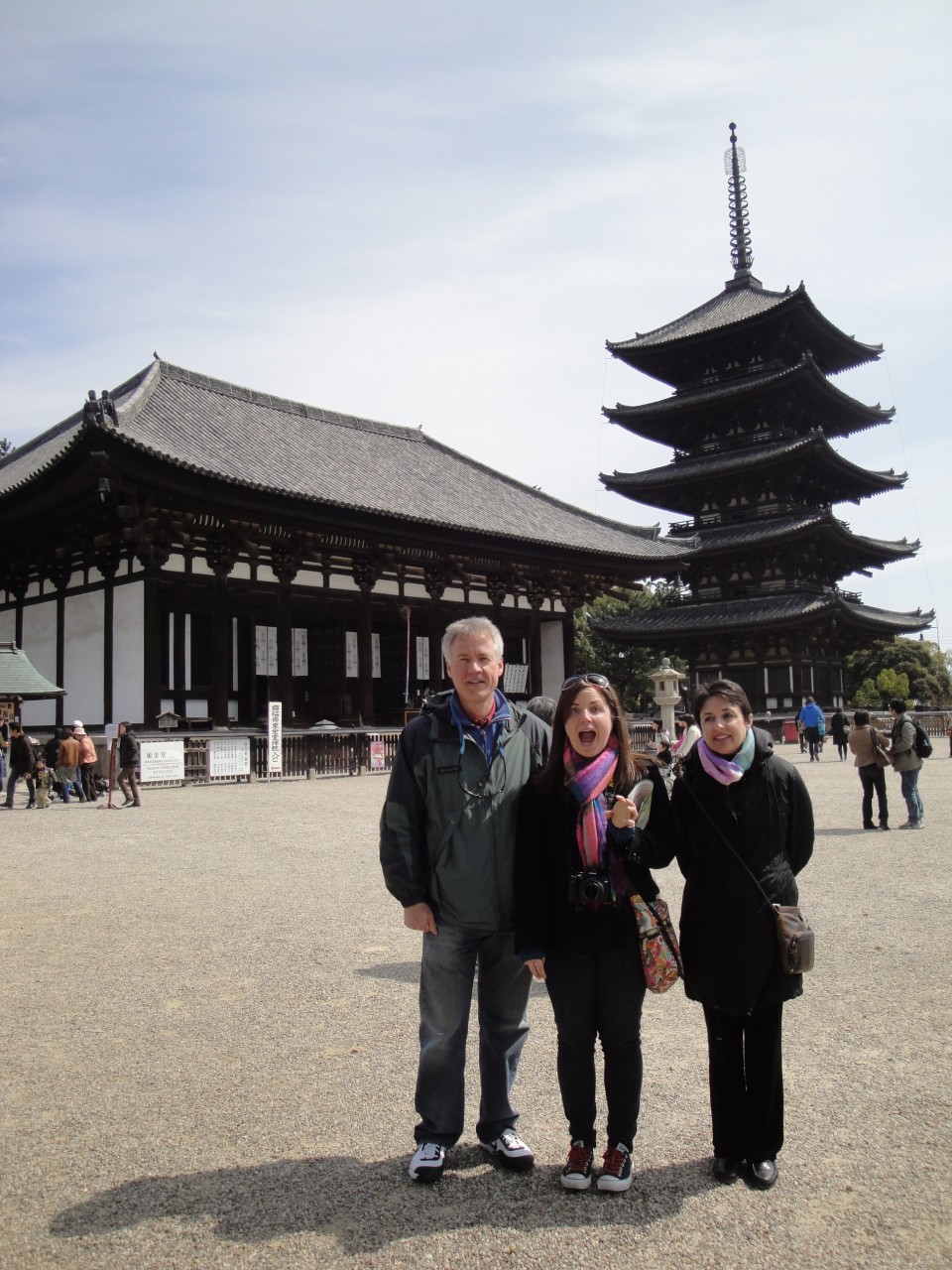 Supplied photo shows Taylor Anderson (C) together with her father Andy (L) and mother Jean (R) during their visit to Japan in March 2010. (Photo courtesy of Jean and Andy Anderson)(Kyodo)

Anderson recalls the kind of daughter she was. "She liked to treat others like she'd like to be treated. She's a really good friend," and in the words of her boyfriend was a "ray of sunshine."

At the last Christmas they spent together in 2010, he recounted that Taylor presented her younger sister with a written promise of an airline ticket to Japan, saying she could travel to help Taylor pack for her journey home.

Having visited almost every year since 2011, Taylor's family has also gained an understanding of Taylor the teacher, having met some of her students and friends in Japan.

Through friendships formed via fund projects and the creation of a documentary of her life titled "Live Your Dream: The Taylor Anderson Story," the Andersons themselves have come to embrace Japan as much as their daughter did.

"She certainly shared that love (for Japan) with us. And we certainly came to appreciate it as much as she did," her father said, adding that she kept at her Ishinomaki home a "wall of love" covered with photos and notes from her students.

Having accepted the reality early on when he visited Ishinomaki in 2011 after being notified of her death, Andy said for every visit he has made since he is thankful for being reminded of how much Taylor continues to be loved.

It makes him all the more determined to carry on the legacy of his daughter who wanted to help her students explore the world and achieve their dreams.

"It feels good because, you know, her life meant something to a lot of people," he said.

Plans are in the works for a monument to be erected in her honor in a newly built park in Ishinomaki, possibly to be unveiled in June. Reflecting Taylor's passion for the written word, it is expected to take the form of an open book.

"We would be honored if the city would allow Taylor to be remembered in this way," Andy said.