Prime Minister Yoshihide Suga on Saturday pledged to step up reconstruction of areas hit by a massive earthquake and tsunami that devastated northeastern Japan in 2011.

"The state would like to promote reconstruction with full responsibility," Suga told reporters during a visit to Fukushima Prefecture, one of the affected areas, ahead of the 10th anniversary Thursday of the March 11, 2011 disaster. 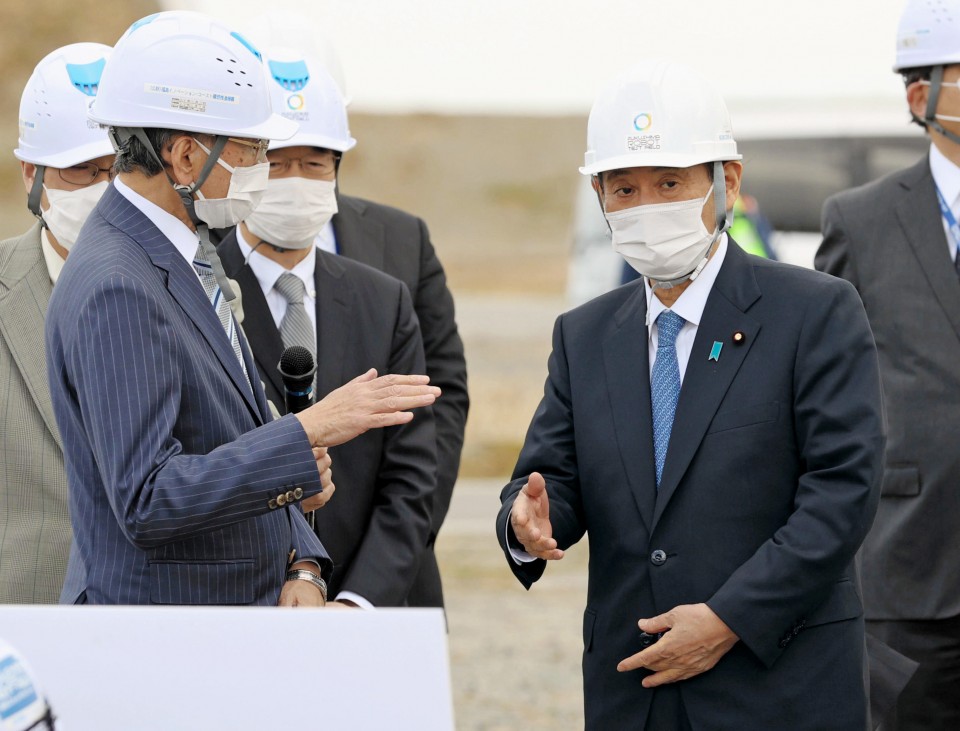 Referring to a strong quake that rocked Fukushima and Miyagi prefectures last month, he said the government has drawn up a program to assist affected residents as much as possible so they will not get discouraged.

Suga indicated the government will soon decide how to dispose of treated radioactive water stored in tanks at the crippled Fukushima nuclear power plant, especially with space expected to run out this summer.

"We should no longer put off a decision. I would like to finalize a disposal plan at an appropriate time," he said. 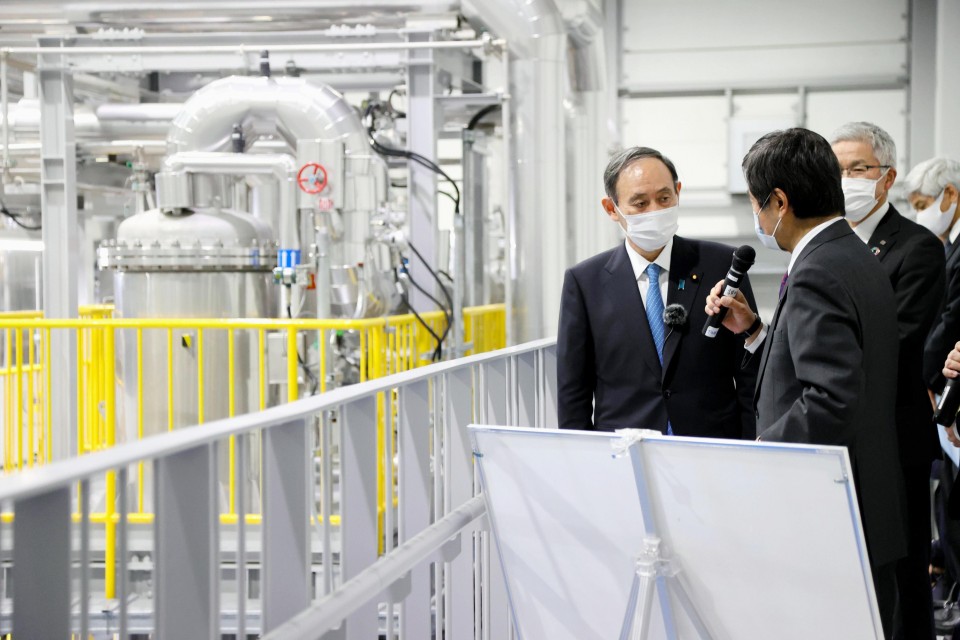 The government is considering discharging the water used to cool reactors stored at the Fukushima Daiichi nuclear power station into the sea.

However, the government has yet to make a final decision in the face of strong opposition by the local fishery industry, given concerns about the reputation of the area's marine products.

The prime minister resumed traveling to regional areas after the government recently lifted the state of emergency over the coronavirus pandemic in several prefectures while extending the order on the Tokyo metropolitan area for an additional two weeks.