China said Wednesday that a border city with Myanmar has been locked down, as nine people, including Myanmar nationals, have been newly confirmed to be infected with the novel coronavirus.

In the southwestern city of Ruili in Yunnan Province, all citizens have been ordered to stay home for seven days. Security authorities are likely to step up surveillance of illegal immigrants from Myanmar, sources close to the matter said. 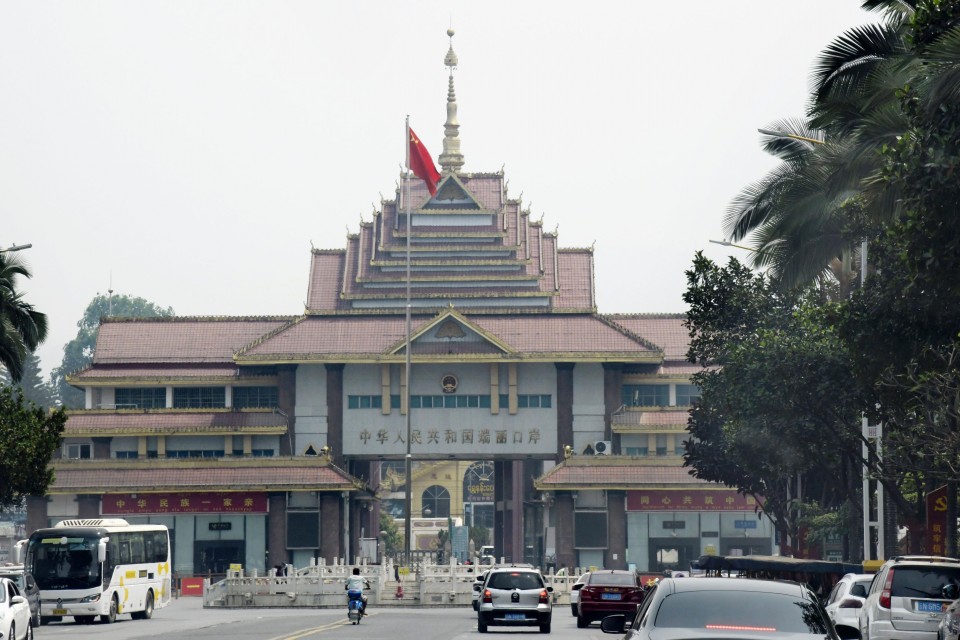 Photo shows a border control office in Ruili in China's Yunnan Province that borders with Myanmar on March 27, 2021. (Kyodo) ==Kyodo

China has already been strengthening entry restrictions into the country from Myanmar amid growing political strife in the Southeast Asian nation following February's coup.

The Yunnan government said six symptomatic cases were detected, and three patients tested positive without showing any symptoms, all in Ruili on Tuesday. Four of the nine were Myanmar nationals, aged between 24 and 30.

Local authorities have begun carrying out PCR tests on all of the city's population of about 200,000.

The Chinese government has recently started to prohibit Myanmar people from staying at hotels in Ruili and has sometimes detained them, the sources said, highlighting its concern that a possible huge influx of refugees from the neighboring country would worsen the security situation in China.

In Ruili, tight security has been in place near the border with Myanmar, and some roads have been closed. Chinese authorities have also arrested several Myanmar people who attempted to protest leader Aung San Suu Kyi's detention by the military government.