The Azumazeki stable, sumo's first to be opened by a foreign-born sumo elder, former sekiwake Takamiyama, and home to the sport's first foreign yokozuna, Akebono, will close its doors and merge with the Hakkaku stable, the Japan Sumo Association announced Friday. 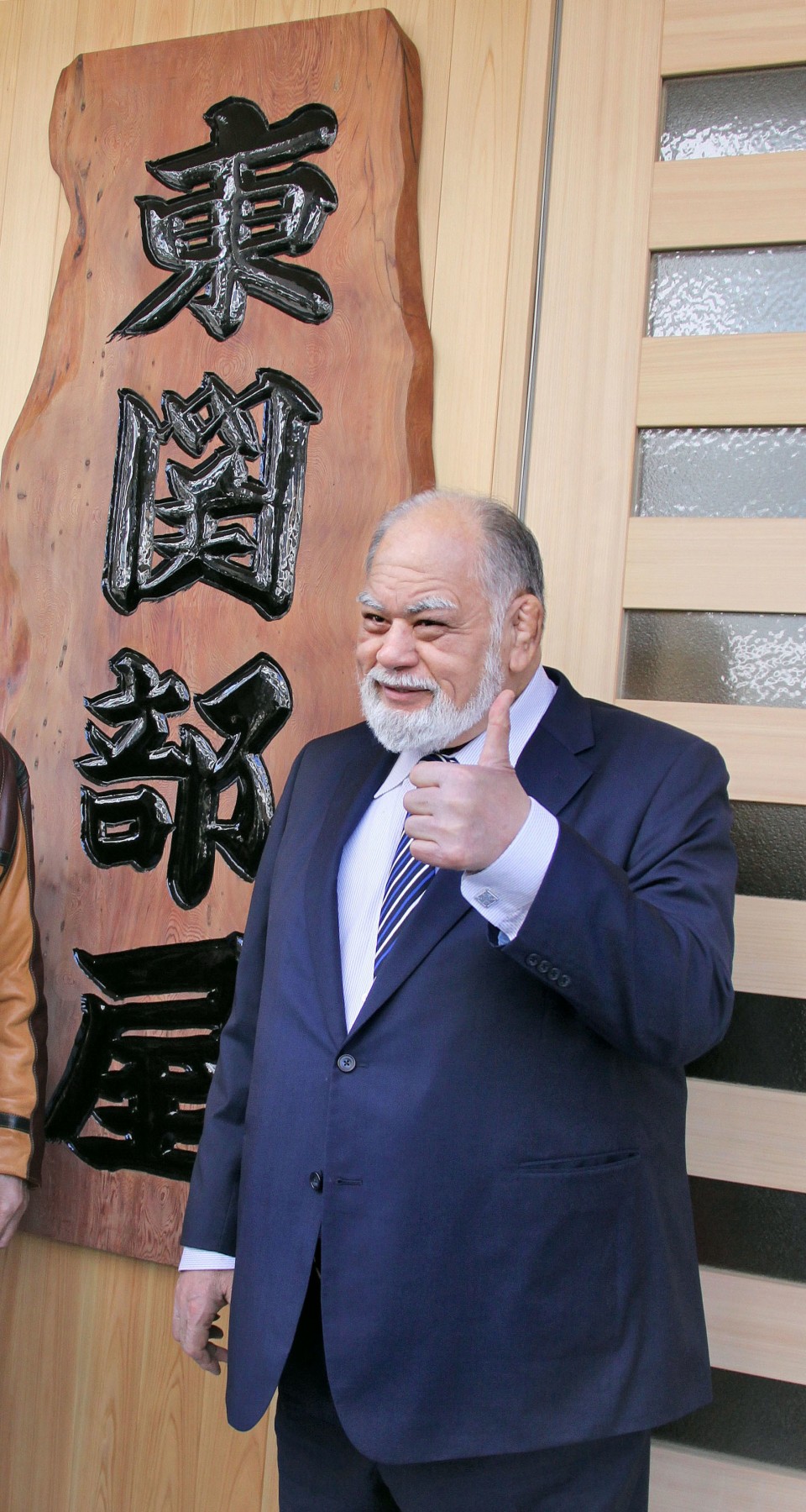 Fomer sekiwake Takamiyama is pictured outside the Azumazeki stable in Tokyo's Katsushika Ward on Feb. 18, 2018. (Kyodo)

After a trailblazing career that saw him become the first foreign-born grand tournament winner, the Hawaiian native Takamiyama opened his own stable in 1986. Upon reaching mandatory retirement age, stablemaster Azumazeki was succeeded by his protege Ushiomaru in 2009, but the stable's second head died at 41 in December 2019.

Former komusubi Takamisakari, who has been running the stable on an interim basis, will move to the stable run by association president Hakkaku and his six wrestlers.

"I've devoted myself to developing wrestlers, but in seeking a better training environment, I have reached this decision after consultation with president Hakkaku," the current Azumazeki stablemaster said in a statement released by the JSA.

The most prolific wrestler out of Azumazeki, Akebono, won 11 grand tournaments and was part of a great rivalry with fellow yokozuna Takanohana in the 1990s.