Mizuho Financial Group Inc. on Wednesday scrapped a plan to replace the head of its troubled banking arm following four system failures in a matter of two weeks.

Koji Fujiwara, president of Mizuho Bank, will stay on for the time being as the Japanese megabank works to get to the bottom of the issue that has shaken public confidence in the bank as a provider of social infrastructure. He was slated to become the bank's chairman effective April 1.

Mizuho Financial Group will set up a third-party panel of experts to look into the system failures that made thousands of automated teller machines nationwide temporarily unavailable and delayed foreign currency-denominated remittances. No causal relations between the problems have been found so far.

"We recognize that the series of problems since Feb. 28 have undermined confidence among our customers and in society in our group," Mizuho Financial Group President Tatsufumi Sakai told a press conference.

"It's essential that the problems are examined from an objective and expert point of view," the president said. 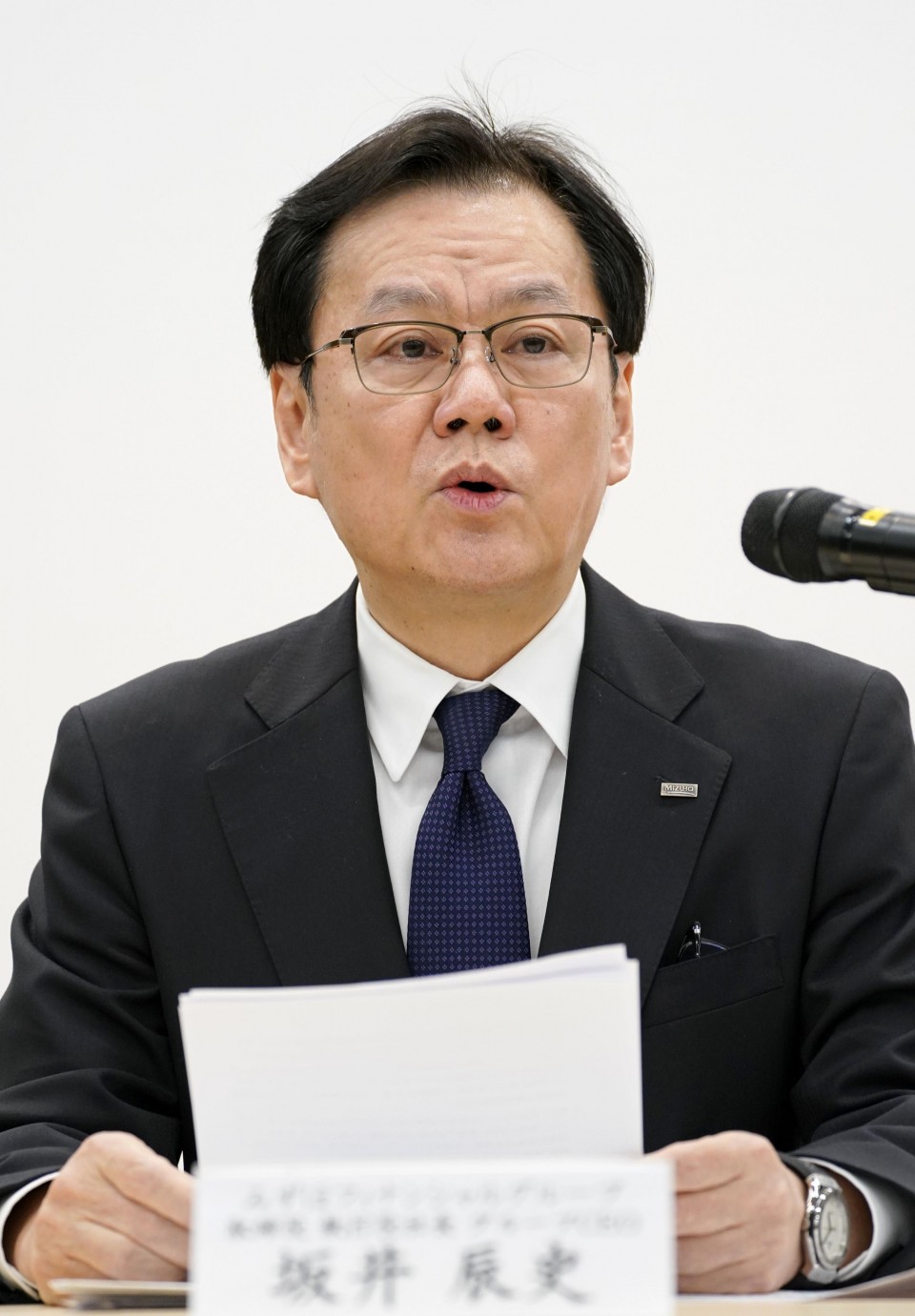 Sakai said he will put off assuming the post of chairman at the Japanese Bankers Association on April 1. The current head Kanetsugu Mike, president of Japanese megabank MUFJ Bank, is expected to stay at the helm for a while.

Japan's financial regulators will conduct an intensive inspection into Mizuho Financial Group and Mizuho Bank over the system failures, sources familiar with the matter said.

Following the inspection, the Financial Services Agency will consider whether to take disciplinary measures including issuing a business improvement order against one of the three Japanese megabanks, according to the sources.

The four system failures occurred in the two weeks since Feb. 28, when over 4,300, or about 80 percent of Mizuho's automated teller machines operating nationwide, were temporarily suspended and more than 5,000 bank cards and books were stuck inside them.

The sources added that the FSA sees the problems as serious, as they caused trouble in transactions not only among individuals but also companies in such a short period of time.

Investigators of the financial watchdog are usually stationed at bank headquarters and offices during an inspection, but in this case involving Mizuho they are likely to listen to Mizuho officials via online and seek documents by email to prevent the coronavirus from spreading, according to the sources.

The most recent problem was due to hardware trouble at the data center that came last Thursday and had affected foreign currency-denominated and overseas remittances for corporate customers in Japan. The problem was resolved by Friday.

The incident came after minor trouble in early March, further fueling criticism from the bank's customers.

The FSA has ordered Mizuho Bank three times to report on the details of the incidents based on a banking law. The watchdog is also seeking to receive by the end of March reports on measures to ensure such problems do not recur.