Japan has suspended the provision of new aid to Myanmar in response to last month's military coup, Foreign Minister Toshimitsu Motegi said Tuesday, as the violent crackdown against protesters draws a wave of international condemnation.

The move follows criticism Japan was taking a soft stance on Myanmar compared with the United States and other Western countries that have placed sanctions on individuals and companies linked to the military junta that ousted the elected government led by Aung San Suu Kyi. 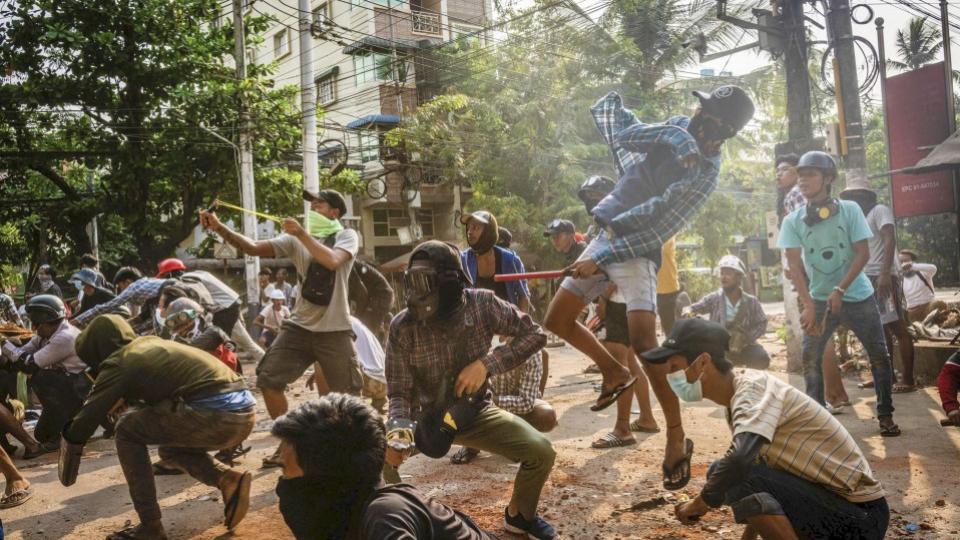 "Japan is the largest provider of economic assistance to Myanmar, and we aren't planning any new projects. We have taken a clear stance," Motegi told a parliamentary session.

Motegi argued withholding official development assistance, or ODA, would do more to put pressure on the military than those sanctions, saying, "If you consider which is more effective, I think it's pretty clear."

"To say it's good and courageous to impose sanctions and cowardly to not, such a dichotomy doesn't make sense on the international stage," he said.

According to the Foreign Ministry, Japan's aid to Myanmar totaled nearly 190 billion yen ($1.7 billion) in fiscal 2019, by far the biggest contributor other than regional rival China, which does not disclose corresponding data.

Security forces have used force to quell protests across Myanmar, with the death toll topping 500 on Monday according to the Assistance Association for Political Prisoners, a rights group monitoring the situation.

Japan has joined other Group of Seven members in condemning the coup and urging the release of Suu Kyi, President Win Myint and other detained members of the National League for Democracy, which decisively won last November's general election.

The military seized power on Feb. 1, claiming the election results were fraudulent and imposing a one-year state of emergency.

But Tokyo has been reluctant to impose sanctions due to its strong economic ties to Myanmar and relations with the military, which directly ruled from 1962 to 2011. It is also wary that Beijing would take advantage of the situation and increase its clout in the country.

About 450 Japanese companies, mostly in the manufacturing sector, operate in Myanmar and Japan is the fifth-largest foreign investor there, according to the Myanmar government.