China's parliament on Thursday passed a resolution on overhauling Hong Kong's electoral system in an apparent attempt to exclude pro-democracy and anti-Communist activists from the political arena in the special administrative region.

The adoption on the last day of the annual session of the National People's Congress underscores a campaign by Chinese President Xi Jinping's leadership to further tighten its grip on Hong Kong to the detriment of democracy and freedoms in the territory.

The Communist-led government's move has already triggered a backlash from democratic countries and is expected to escalate already strained tensions with the administration of U.S. President Joe Biden, which has lambasted Beijing's alleged human rights abuses.

Elections would no longer be the same in the semiautonomous region after the system is changed, given that the mainland has emphasized it is necessary to implement the "patriots governing Hong Kong" principle, foreign affairs experts said. 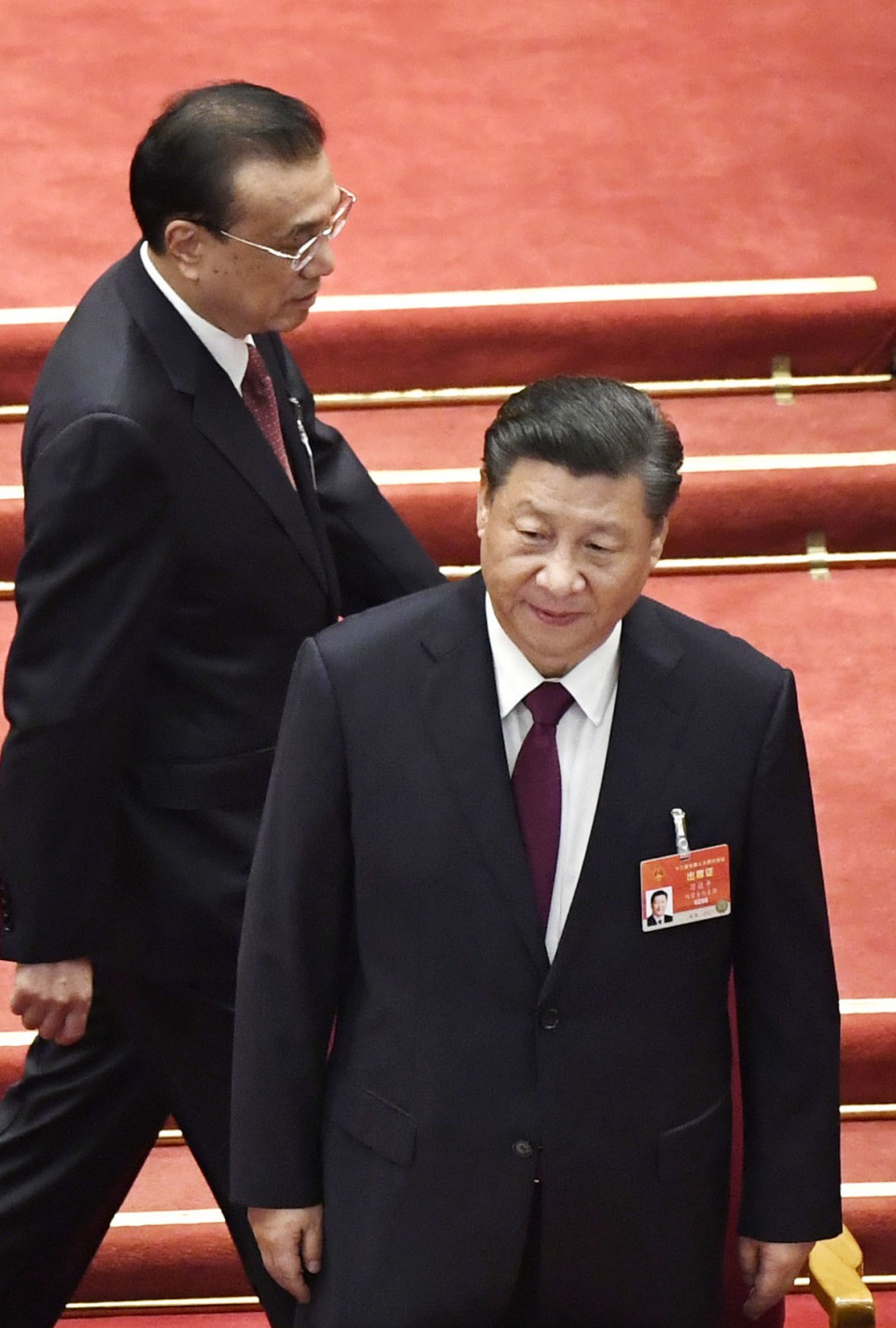 Chinese President Xi Jinping (front) and Premier Li Keqiang are pictured on the last day of the annual session of the National People's Congress at the Great Hall of the People in Beijing on March 11, 2021. (Kyodo) ==Kyodo

No legislator voted against the resolution, with 2,895 in favor and one abstaining.

By altering the system of Hong Kong, China will increase the number of pro-Beijing members of the Election Committee who select the territory's chief executive from 1,200 to 1,500, according to the resolution.

The mainland will also set up a committee to investigate the qualification of candidates for the chief executive and lawmakers in Hong Kong.

Based on the latest resolution, China's top legislative body will start to revise the annex to the Hong Kong Basic Law, the city's mini-constitution, which stipulates the procedures for the elections of its chief executive and Legislative Council members.

After the new electoral system is determined, the Hong Kong government will develop related laws.

Chinese Premier Li Keqiang told a press conference after the end of this year's parliament that the electoral reform is needed to ensure "steady implementation" of the "one country, two systems" framework.

"The central government will continue to give Hong Kong full support" for long-term prosperity and stability there, Li added.

Under China's "one country, two systems" policy, Hong Kong was promised it would enjoy the rights and freedoms of the former British colony for 50 years following its return to Chinese rule in 1997.

Xi's leadership, however, began taking stern actions against Hong Kong after large-scale protests sparked by a controversial extradition bill morphed into a pro-democracy movement in the territory in 2019.

At the National People's Congress last year, China passed a resolution to introduce a security law to crack down on what Beijing views as subversive activity in Hong Kong. The legislation was enacted in late June and imposed on the territory immediately.

This year's session of the parliament was held for seven days from last Friday.