At least 250 people have been killed in crackdowns by security forces since Myanmar's military ousted the elected government in a coup last month, according to the Assistance Association for Political Prisoners, a rights group monitoring the situation.

The rising death toll as of Sunday comes as the country's Armed Forces Day looms on Saturday, during which a military parade is scheduled. 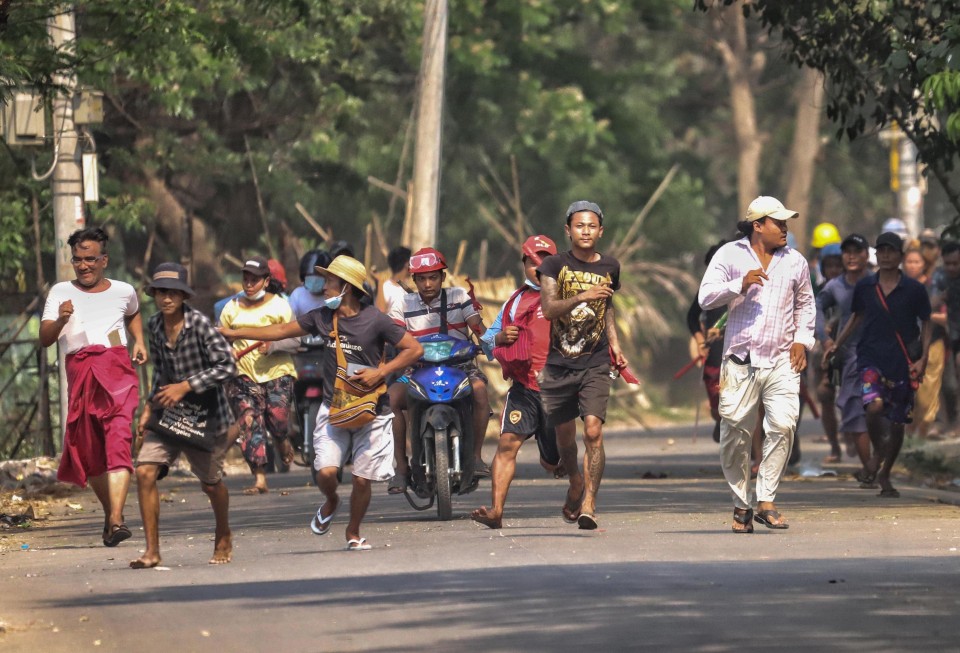 Ahead of the most important event for the military to showcase its prowess, there is little sign the military is letting up its efforts to suppress dissent.

The military announced through a state-run newspaper on Monday that the Committee Representing Pyidaungsu Hluttaw -- a body set up by pro-democracy forces as a parallel civilian government -- has been declared an "unlawful association."

The aims and acts of the "illegally organized" group and its members have constituted "a danger to the rule of law, peace and stability of the State and public peace," the announcement said.

Security forces have not just shot people dead but resorted to torture and looting, according to local media.

In Magway in central Myanmar, the body of a woman who died after being detained by security forces was handed over to her family on Saturday -- with bruises left on her face, according to the media.

In the country's largest city Yangon, security forces have looted mobile phone shops and liquor shops. On Saturday, about 80 locals-owned vehicles were destroyed by bulldozers, reportedly in reprisal for showing a sense of solidarity with demonstrators or refusing to remove barricades set up on streets.

Armed Forces Day is celebrated yearly on March 27 to mark the date in 1945 when Gen. Aung San, the father of ousted leader Aung San Suu Kyi, began the revolution against the Japanese occupation forces during World War II.

The military parade is scheduled to be held in the capital Naypyitaw, with coup leader and military chief Senior Gen. Min Aung Hlaing expected to inspect the troops.

The military has blocked cellular data access all day since March 15 in a bid to suppress criticism of it. All privately run newspapers in the country have been forced to stop their publications.

As a result, there is less publicly available information about crackdowns by security forces than before.

A diplomatic source speculated that the military intends to restore calm before Saturday's anniversary because it would "lose face" if anniversary events are conducted with disruptions.

The BBC said Monday its journalist who was detained by security forces while reporting in Naypyitaw has been freed. It is unclear if Than Htike Aung, a former reporter for recently banned local media outlet Mizzima News who was detained along with Aung Thura, has also been freed.

The CRPH was set up by mostly NLD politicians who were elected but denied their chance to sit in parliament because of the coup.

The military keeps Suu Kyi and other prominent politicians in detention.