As Japan prepares for its COVID-19 vaccine rollout for seniors next month, a program under way since December in Britain has impressed many elderly Japanese residents there with its emphasis on a speedy deployment.

Red tape has been cut to allow roughly 30 percent of the British population to receive their first vaccine doses in just three months. 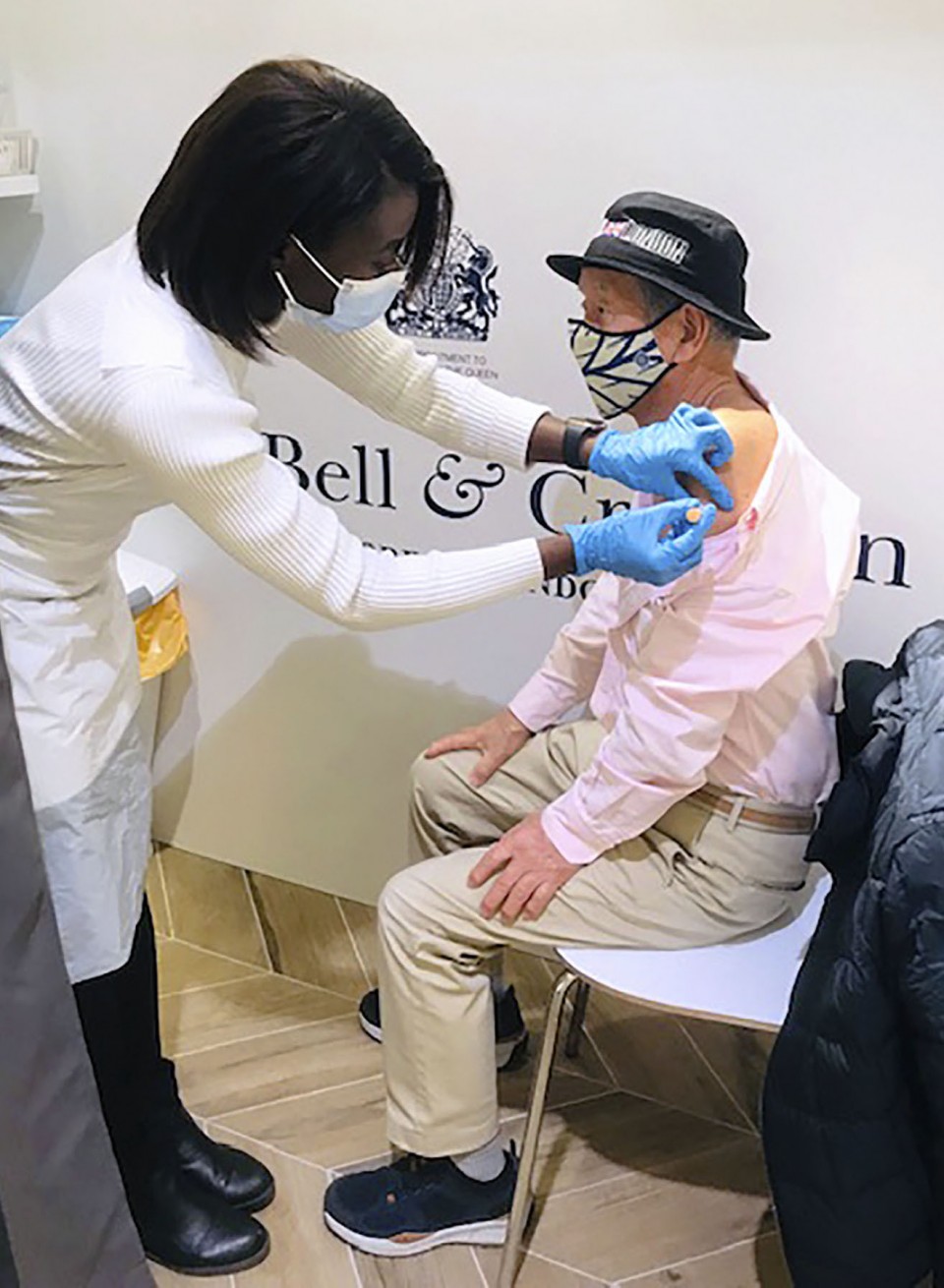 It is not something many Japanese who have received vaccination in Britain expect to see repeated in Japan, believing prevention of missteps will take precedence over a speedy rollout.

"It took only 10 minutes or so from the time I arrived at the inoculation site till I left," said Tetsuro Hama, a 72-year-old company operator who has been living in Britain for 48 years.

Hama received his first shot of the vaccine produced by British pharmaceutical company AstraZeneca Plc at a medical facility in north London on Jan. 23.

His appointment was for 3:42 p.m., suggesting that vaccinations at the facility were proceeding on a minute-by-minute schedule. Almost as soon as he had joined the queue, his turn was up. The administrator he gave his name to handed him a file of documents containing his personal information. As he stepped aside, another official asked him several questions in rapid succession, such as whether he was running a fever or had any allergies.

After he answered "no" to all the questions, the official asked him to move to the rear room, which had a waiting area and several small rooms for inoculations.

People entered and exited the rooms in their assigned sequence. After entering a room, Hama handed his file to a nurse and immediately received his injection after verifying his identity.

When Hama asked if he needed to wait around in case of possible side effects, the nurse told him, "You can just go." He then left via the exit located on the opposite side of the entrance to ensure a one-way flow of traffic in the immunization process.

"At any rate, it was very efficient," Hama said. "It made me think that carrying out these type of quick verifications of allergies and such (for COVID-19 inoculations) would not be possible in Japan."

Yoshio Mitsuyama, 73, who is chairman of an association of Japanese people from in Fukushima Prefecture, northeast Japan, who now reside in Britain, had a similar experience when he was vaccinated at a drugstore in central London in February. 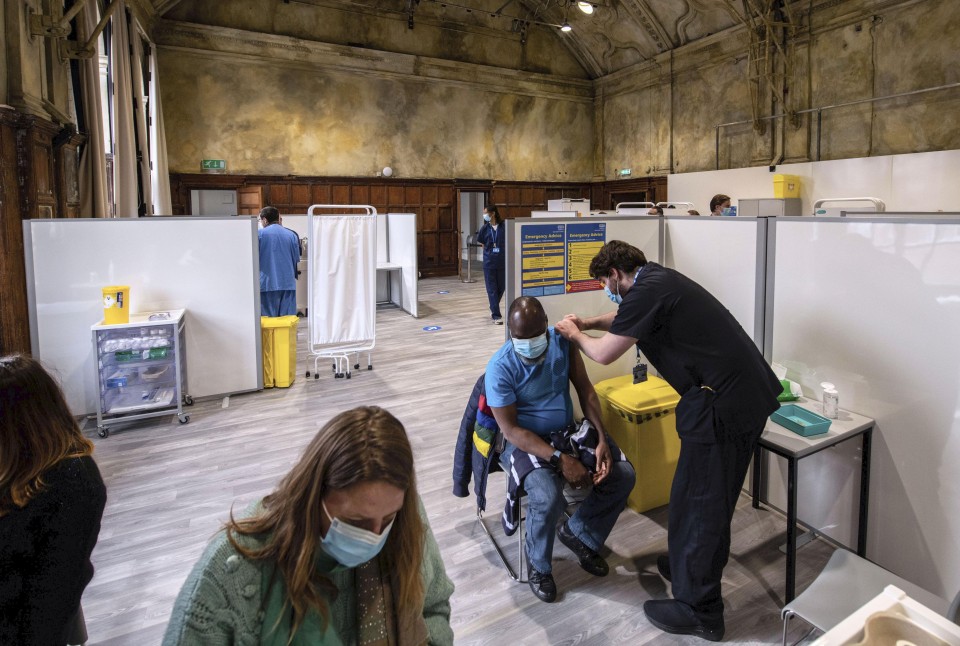 A man has the AstraZeneca vaccine administered into his arm at a vaccine center in London on March 8, 2021. (Getty/Kyodo)

It took about 15 minutes from the time he arrived at the reception desk to finish the procedure, and there was no wait afterward to confirm the presence of allergies. "I didn't have to wait in line. No complaints whatsoever," said Mitsuyama.

Setsuo Kato, a 79-year-old journalist living in Britain for nearly half a century, was inoculated in late January at a medical facility in Devon, a county some 270 kilometers southwest of London.

After confirming his name on the appointment list, he was led into a room for vaccinations and only asked by the nurse if he has any allergies before receiving his shot.

"It was a rural medical facility that was nearly empty, and it took about five minutes to get a shot," Kato said.

In Japan, at least 30 out of 47 prefectures plan to start coronavirus vaccinations for the elderly -- those 65 and older -- in populous areas first, as supplies in the first batch are expected to be limited when the rollout begins next month.

Japan has procured vaccines from Pfizer Inc. and Moderna Inc. of the United States, with an efficacy rate of some 95 percent, and Britain's AstraZeneca, whose rate averages around 70 percent.

But public skepticism toward vaccines could hamper the rollout, with only 63.1 percent of respondents in a Kyodo News poll conducted last month saying they want to be inoculated and 27.4 percent saying they do not, apparently out of concerns over side effects.

There has been some concern among those receiving shots since a number of European countries temporarily suspended the use of AstraZeneca, which continued to be given in Britain, as a precautionary measure following reports of blood clots among those who received the shots in Norway.

But Hama, Mitsuyama, and Kato said they were only given a choice to receive AstraZeneca's vaccine.

"It seems that the number of inoculated people has only been increasing through this assembly line work," Kato said. "Though I don't expect too much from vaccines, I think the rate of infections will drop if everybody is inoculated."