The mother of Hana Kimura, a cast member of popular reality TV show "Terrace House" who apparently committed suicide after being subjected to hateful messages online, has sued a man for posting distressing comments about her after her death, the mother's lawyers said Wednesday.

Kyoko Kimura filed a lawsuit with the Tokyo District Court on Jan. 22 seeking damages of around 2.94 million yen ($27,000) against the man for causing emotional distress to her family. It is the first damages claim made for defamatory comments about Kimura, a professional wrestler who was 22 when she died, according to the lawyers. 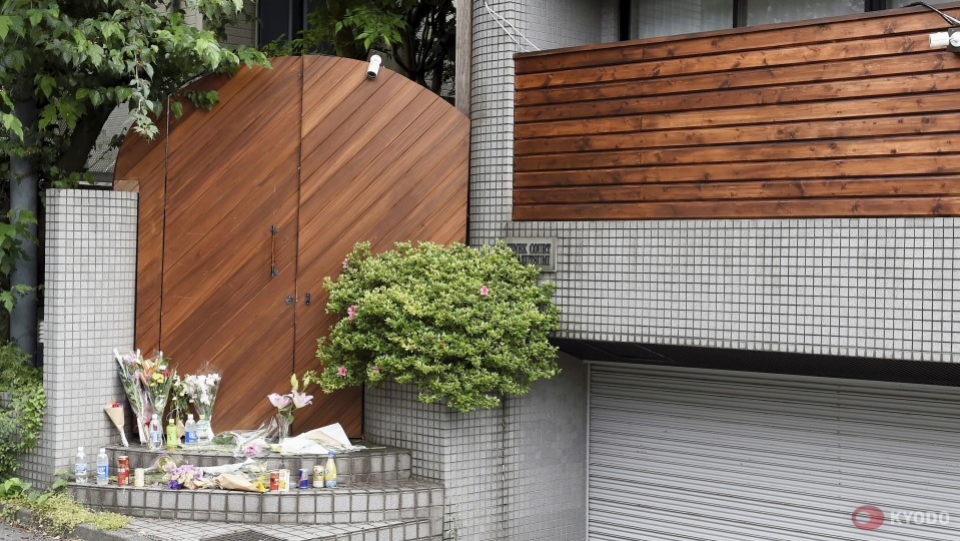 Flowers are placed at a shooting location for the Netflix reality show "Terrace House" in Tokyo on May 25, 2020. Hana Kimura, a 22-year-old female professional wrestler who was among the show's cast, died May 23 after having been victimized by cyber-bullying. (Kyodo) ==Kyodo

The man posted hateful messages about Kimura's death in May last year, such as "Everyone is happier that you died, thank you," and "Who do you think you are, causing trouble until the end? Go to hell," according to the lawsuit.

Kimura's case raised the alarm about cyberbullying and prompted calls for more action to stop and track down anonymous posters of defamatory messages.

The man, from the central Japan prefecture of Nagano, was identified after legislation approved last month made it easier to track down anonymous posters and simplified court procedures to help victims of cyberbullying seek information on their harassers.

The mother is currently working to reveal the identities of cyberbullies in connection with her daughter's death to press for their accountability.

Kimura, who was among the six cast members of the 2019-2020 season of "Terrace House Tokyo," was found dead at her apartment in Tokyo after becoming a target of a barrage of hateful messages on social media. The show has since been canceled.

Police have said Kimura received around 300 hateful messages from approximately 200 accounts and they believe the messages were what prompted her to take her own life.

In December last year, another man, in his 20s from Osaka Prefecture in western Japan, was referred to prosecutors for allegedly posting hateful messages on social media about Kimura.