Japan's COVID-19 state of emergency was lifted in six prefectures outside the Tokyo region on Monday amid signs of an improvement in the infection situation, while concern about a possible resurgence of coronavirus cases persists.

The state of emergency was lifted in Aichi, Gifu, Osaka, Kyoto, Hyogo and Fukuoka, a week earlier than the planned end date of March 7, as they had met conditions for an exit. 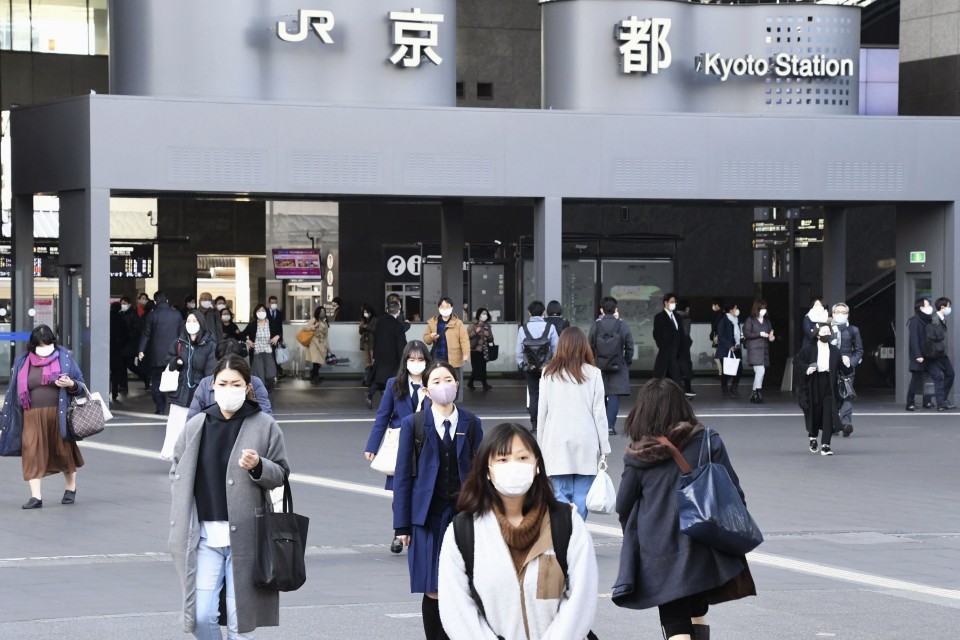 To exit the emergency, the situation in a prefecture must improve from Stage 4, the worst level on the government's scale based on six key indicators, including the rate of change in new cases compared with the previous week and the availability of hospital beds for COVID-19 patients.

The six prefectures will continue to request that restaurants and bars shorten their opening hours, but they will be allowed to close an hour later at 9 p.m.

The Osaka prefectural government narrowed the area covered by its early closure request from the whole of the prefecture to the city of Osaka. Neighboring Kyoto will take a similar step starting March 8, while Aichi, Gifu, Hyogo and Fukuoka are maintaining their prefecture-wide requests.

The partial lifting of the state of emergency comes as the central government is seeking to revive the economy, hit by plummeting household spending and the absence of foreign tourists.

A government advisory panel on the pandemic has pointed out that the number of elderly COVID-19 patients with severe symptoms remains high.

Prime Minister Yoshihide Suga initially declared a state of emergency for the Tokyo metropolitan area for one month to Feb. 7, before expanding it to a total of 11 prefectures. The declaration was later extended to March 7, with Tochigi removed from the list of prefectures covered.