The opening of "Super Nintendo World" was originally scheduled to coincide with the Tokyo Olympics and Paralympics in the summer of 2020 but put off twice due to the novel coronavirus pandemic. 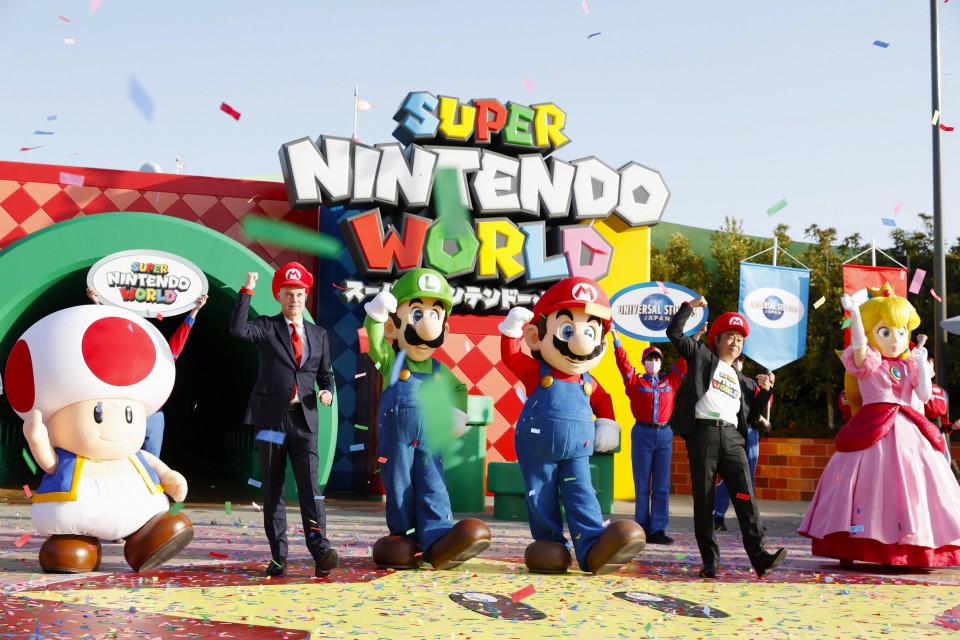 Admission numbers are limited to prevent the spread of the virus.

The opening ceremony was attended by Shigeru Miyamoto, creator of the popular Super Mario video games.

The area, which cost more than 60 billion yen ($550 million) to build, offers rides with an augmented reality feature that allows visitors to enjoy an interactive experience similar to playing the Super Mario game.

It also includes the world's first interactive Mario Kart theme park ride and a battle with Bowser Jr., one of the characters.