Foreign tourists in Japan spent 744.6 billion yen ($6.7 billion) in 2020, the lowest since the survey began in 2010, as the coronavirus pandemic has led to restrictions on entry into the country, a government estimate showed Wednesday.

The spending dropped 84.5 percent from 2019, according to the Japan Tourism Agency. The result was well below the government's pre-pandemic target of 8 trillion yen, signaling economic fallout from the health crisis and the postponement of the Tokyo Olympics and Paralympics, originally scheduled for summer 2020. 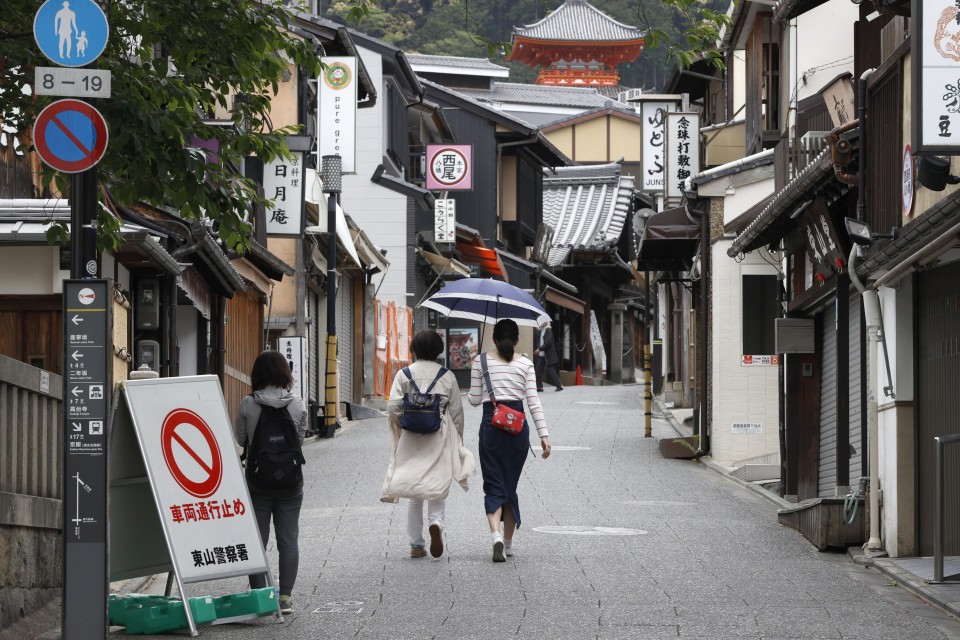 Far fewer people than usual are seen on a street leading to Kiyomizu Temple, one of the top tourist attractions in Kyoto, western Japan, on May 9, 2020, under an extended nationwide state of emergency over the coronavirus pandemic. (Kyodo) ==Kyodo

The agency earlier said the number of foreigners visiting the country last year totaled 4.12 million, down 87.1 percent and the biggest drop since 1964 when comparable data became available, in a blow to the government's ambition to welcome 40 million foreign visitors in an Olympic year.

The Tokyo Games have been put off by one year. But organizers have agreed to stage the games without overseas spectators.

The survey covered outlays by foreigners who had been staying in Japan for no longer than a year when they were exiting the country.

Due to the pandemic, the survey was conducted only for the January to March period. For the remaining nine months, the agency used estimated figures based on the average per-visitor spending in the first quarter and the annual number of foreign visitors, it said.