The leaders agreed to step up cooperation bilaterally as well as with the United States and Australia, the ministry said. The countries make up the so-called Quad, a group of major democracies that have been strengthening security ties as a counter to China's increasing influence in the region 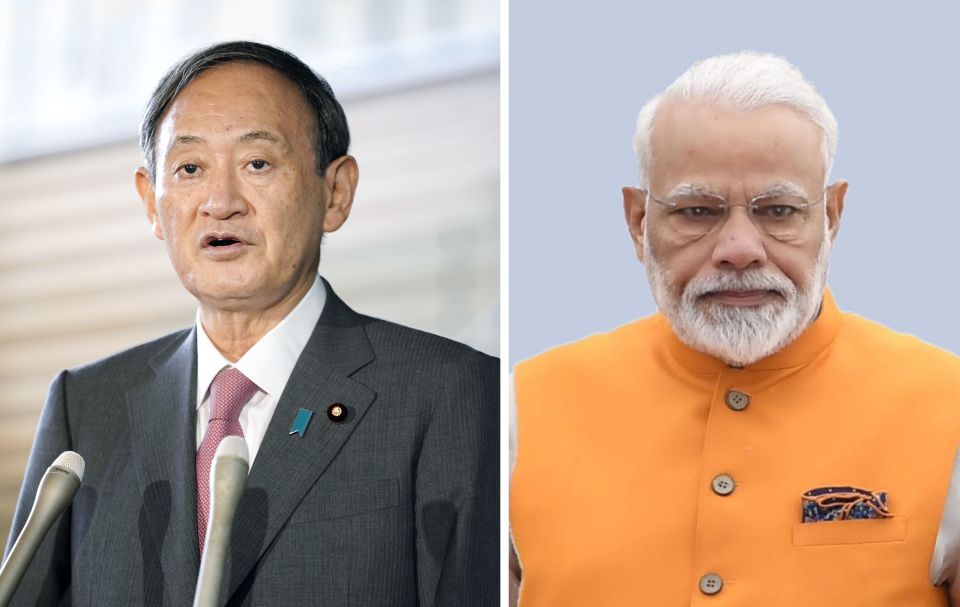 During the 40-minute conversation, the ministry said Suga expressed concern about China's "unilateral attempts to change the status quo" in the East and South China seas, as well as the situation in Hong Kong and the far-western region of Xinjiang, where human rights abuses against the Muslim Uyghur minority have been widely reported.

Speaking over the phone for the first time since September last year, the leaders also shared "grave concerns" over the situation in Myanmar, where dozens of protesters against last month's military coup have been killed by security forces, the ministry said.

According to Japanese government sources, the leaders of the Quad, -- Suga, Modi, U.S. President Joe Biden and Australian Prime Minister Scott Morrison -- plan to hold their first-ever teleconference as early as later this week, at which they are expected to discuss China, the fair distribution of COVID-19 vaccines and climate change.