A Japanese court on Wednesday approved a request by prosecutors to detain two Americans suspected of aiding former Nissan Motor Co. Chairman Carlos Ghosn to flee Japan for Lebanon while awaiting trial in 2019.

The Tokyo District Court gave the green light to detain Michael Taylor, 60, a former Green Beret, and his son Peter, 28, until March 12. The decision came a day after the pair arrived in Japan under an extradition treaty with the United States. 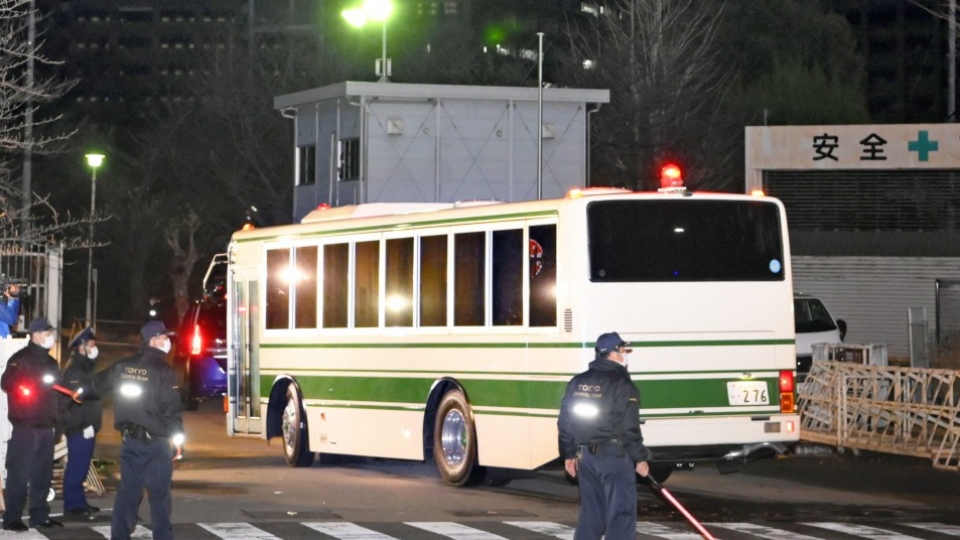 The men will face questioning at the Tokyo Detention House, where Ghosn was also held after being charged with financial crimes. Ghosn had been detained for over 100 days before being granted bail.

As in the case with Ghosn, the Japanese legal system is expected to come under further domestic and international scrutiny, as detainees can be questioned by prosecutors without lawyers present, and their detention prolonged if charges with fresh warrants are added and the court approves it.

Should the Taylors be indicted and found guilty, several judicial sources believe they may receive suspended sentences. But a senior prosecutor told Kyodo News that a jail sentence would not be surprising given the consequences of their actions, enabling Ghosn to evade trial.

If a prison sentence is given, they may serve it in the United States under a Japanese law on the transnational transfer of sentenced persons.

The father and son were arrested in Massachusetts in May last year by U.S. authorities at the Tokyo District Public Prosecutors Office's request.

Japanese prosecutors say the men helped Ghosn to escape from his home in Tokyo to a hotel in the western prefecture of Osaka, and then smuggled him out of the country in a box used to transport musical equipment on a private jet to Turkey from Kansai International Airport, despite knowing his bail conditions did not allow him to travel overseas.

The auto titan then traveled to his childhood home of Lebanon, which does not have an extradition treaty with Japan.

U.S. prosecutors have said the men received more than $1.3 million from Ghosn and his family for their role in the plot.

Ghosn, who was arrested in 2018, is charged with underreporting his remuneration by billions of yen in financial reports over multiple years and misuse of Nissan funds.

He has said he is innocent of the charges and that his arrest was the result of a coup staged by Nissan executives. He also said that he fled Japan to escape a "rigged" justice system.

Another American, Greg Kelly, a former Nissan executive who was arrested also in 2018, is currently on trial in Japan on suspicion of helping underreport Ghosn's remuneration. He has pleaded not guilty over the charges.