Efforts continued Sunday to dislodge a massive container ship wedged in the Suez Canal in Egypt, blocking one of the world's most heavily used shipping lanes.

The head of the Suez Canal Authority, Osama Rabie, said at a press conference Saturday that the ship's rudder and propeller had moved, calling it a "positive sign," but it remains unclear when the Ever Given will be refloated. 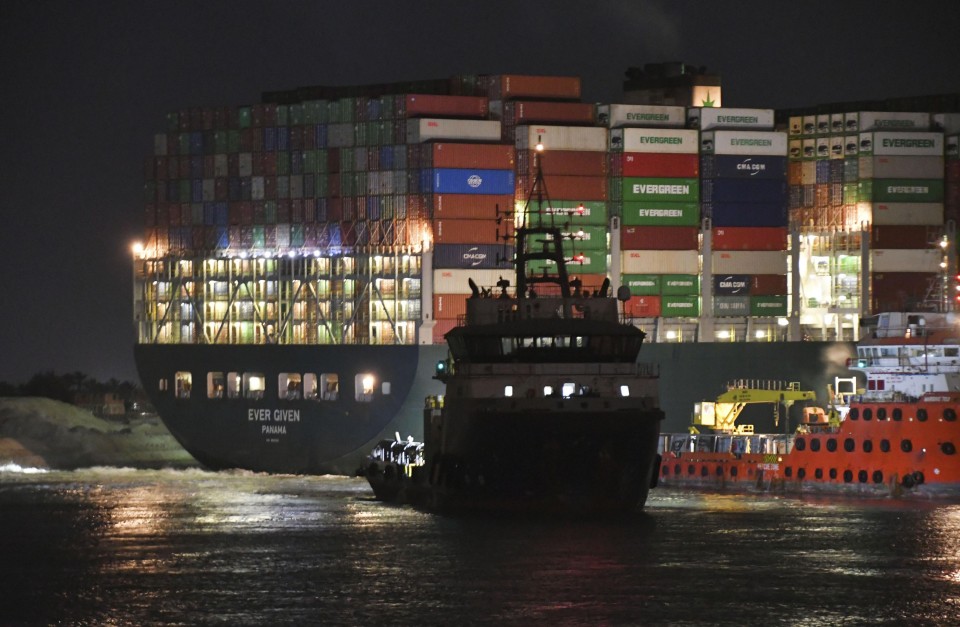 Photo taken on March 27, 2021 shows the massive container ship "Ever Given" stranded in the Suez Canal in Egypt. (Kyodo)

Shoei Kisen's hope to free the ship during a high tide on Saturday night Japan time did not materialize.

A Dutch company that has been helping the Suez Canal Authority plans to bring additional heavy tugboats to the canal and seeks to free the vessel after the weekend.

While the cause of what happened is still to be determined, Rabie did not rule out the possibility of technical or human error, saying an investigation will be carried out.

The incident involving the 400-meter long Ever Given operated by Taiwan's Evergreen Marine Corp. has caused a bottleneck in the vital trade artery connecting the Mediterranean to the Red Sea, with more than 300 ships waiting to enter or complete their journey through the canal.

If attempts to use dredging and tugboats at high tide prove difficult, cargo may have to be removed to make the ship lighter.

The ship was bound for Rotterdam in the Netherlands from China when it became stuck in the canal.