Over 30 people were injured as an anti-government protest in Thailand's capital Bangkok led to a clash between protesters and police on Sunday night, according to a medical center serving the area.

More than 20 of the injured were police officers. Police said one male officer in his 40s died from a heart attack while on duty at the scene. 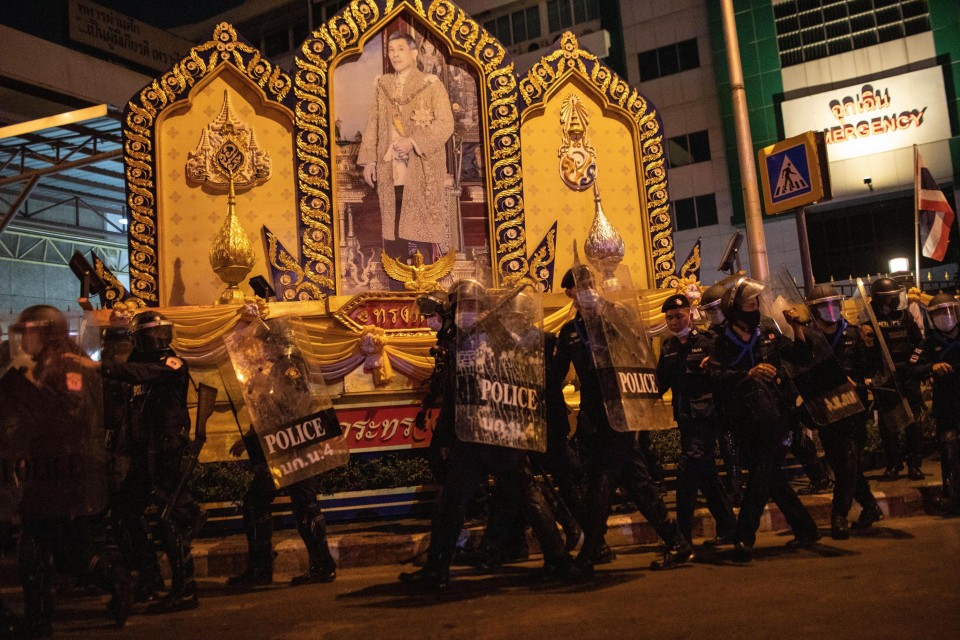 On Sunday, over 1,200 mostly young protesters marched toward an army compound where Prime Minister Prayut Chan-o-cha lives, calling for the release of protest leaders detained on various charges, including violations of the country's lese majeste law that makes it a crime to insult the monarchy.

Protests comprising mostly young Thais erupted last year, calling for reform of the monarchy and constitutional changes as well as the resignation of Prayut and his government. The former army chief led a 2014 coup that toppled a civilian government.