Discovered remains identified as those of woman killed in 2011 tsunami

Remains of a person discovered last month near a coast in the northeastern prefecture of Miyagi have been identified as those of a woman who went missing during the massive earthquake and tsunami that devastated the region nearly 10 years ago, police said Thursday.

The local police found that the mostly skeletal remains discovered Feb. 17 were those of Natsuko Okuyama based on forensic dental study and DNA analysis. The woman, a resident of Higashimatsushima in Miyagi Prefecture, was aged 61 at the time of the disaster on March 11, 2011. 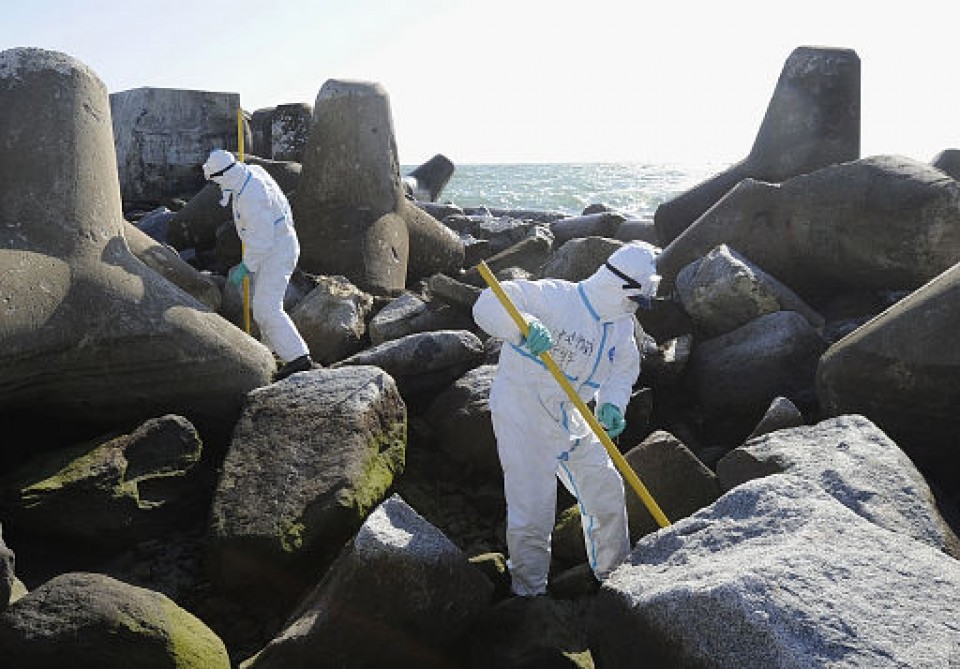 Police officers of the Fukushima prefectural police search for remains of people who have been missing since the March 11 earthquake and tsunami at a fishing port in the town of Namie, Fukushima Prefecture, on Dec. 29, 2011. (Kyodo)

The woman is thought to have returned home from work after the mega earthquake struck the city, but was swept away by a subsequent tsunami as she fled.

"I am extremely happy that my mother was found as the 10th anniversary (of the disaster) is coming up. This will allow me to get my emotions in order and move forward," her son said in a statement released through the local police.

More than 18,000 people died or went missing due to the earthquake and tsunami disaster which especially hit Miyagi and the neighboring prefectures of Fukushima and Iwate.