38 protesters shot dead by Myanmar forces, most since Feb. coup

Christine Schraner Burgener called for coordinated efforts by the international community to increase pressure on the military regime to end the ongoing crackdown on protesters, as the cumulative death toll since the Feb. 1 coup has exceeded 50.

In addition to the dead, at least 30 others were injured in Wednesday's shootings by security forces. 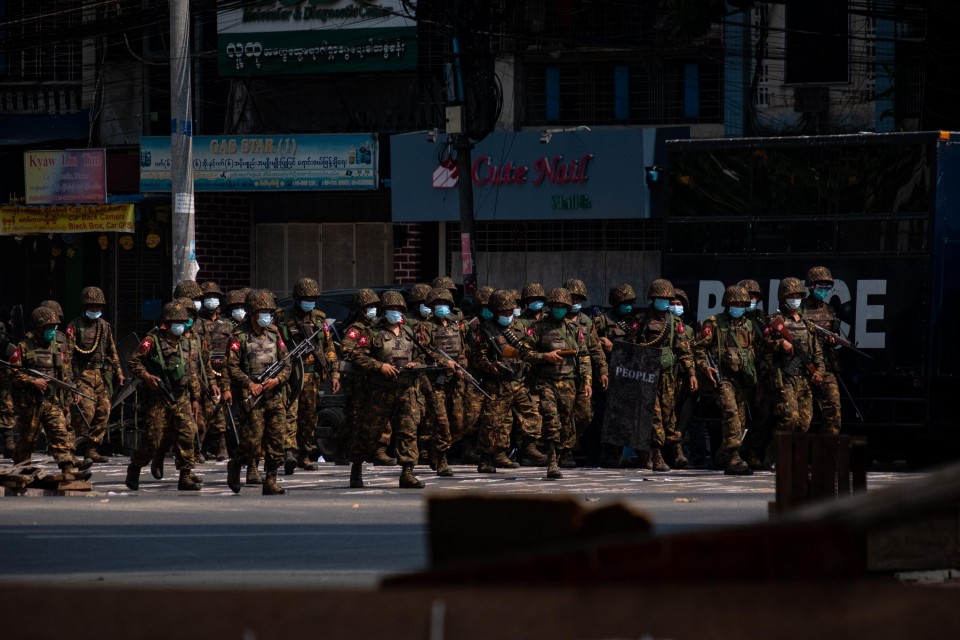 Military soldiers walk down a street while carrying weapons that contain live ammunition after clashes with anti-coup protesters on March 3, 2021, in Yangon. (Getty/Kyodo)

The latest death toll surpassed the number killed at protests on Sunday.

"Today, it was the bloodiest day since the coup happened," Burgener said at an online news briefing, adding that video footage appeared to show police using 9 mm sub-machine guns to fire live rounds.

Around 1,200 people have been detained in the country, leaving many of their families unsure where they are being held or whether they are in good health, she added.

Security forces have increasingly resorted to using violence against protesters who have gathered daily in the weeks following the coup that ousted the government led by Aung San Suu Kyi. 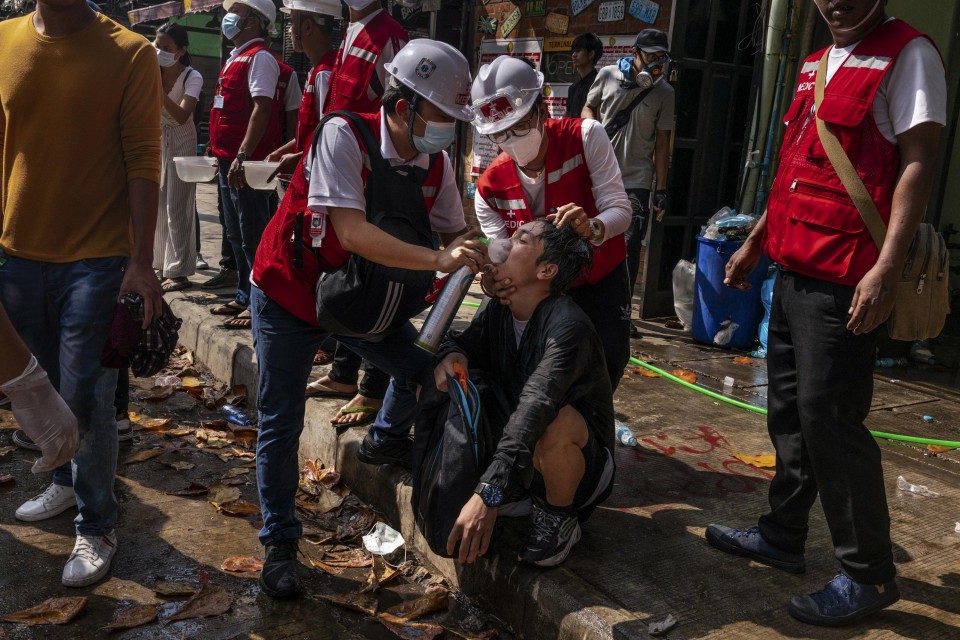 Medics help supply oxygen to anti-coup protesters who were exposed to tear gas during the military junta's crackdown on March 3, 2021, in Yangon. (Getty/Kyodo)

According to a diplomatic source, the U.N. Security Council is expected to hold a closed-door session Friday to discuss the Myanmar situation.

However, it remains unclear whether the Security Council can take a unified stance on the matter, as China, one of the five veto-wielding permanent members, continues to show reluctance to criticize the Myanmar military.

"We are appalled and revulsed to see the horrific violence perpetrated against the people of Burma for their peaceful calls to restore civilian governance," U.S. State Department spokesman Ned Price said at a news briefing, using Myanmar's other name.

"We call on all countries to speak with one voice to condemn brutal violence by the Burmese military against its own people and to promote accountability for the military's actions that have led to the...loss of life of so many people in Burma."

On Sunday, a crackdown by security forces also killed at least 18 demonstrators and wounded over 30 others around the country, according to a U.N. human rights agency.

Heightened tensions in a member country have spurred diplomatic efforts within the 10-member Association of Southeast Asian Nations. ASEAN foreign ministers held a virtual meeting on Tuesday and called for a de-escalation of the Myanmar situation and dialogue to peacefully resolve the political crisis.

"We are concerned about the situation and demand the suppression of violence," the chairman's statement said.