Japan relaxed its restrictions Monday on access to parts of Okuma, one of the two towns hosting the crippled Fukushima Daiichi nuclear power plant, due to lower radiation levels through decontamination work.

Residents can now freely enter and leave the estimated 320-hectare area without having to seek government permission, but the evacuation order will still be in place for the area. People still cannot live there and overnight stays will not be allowed. 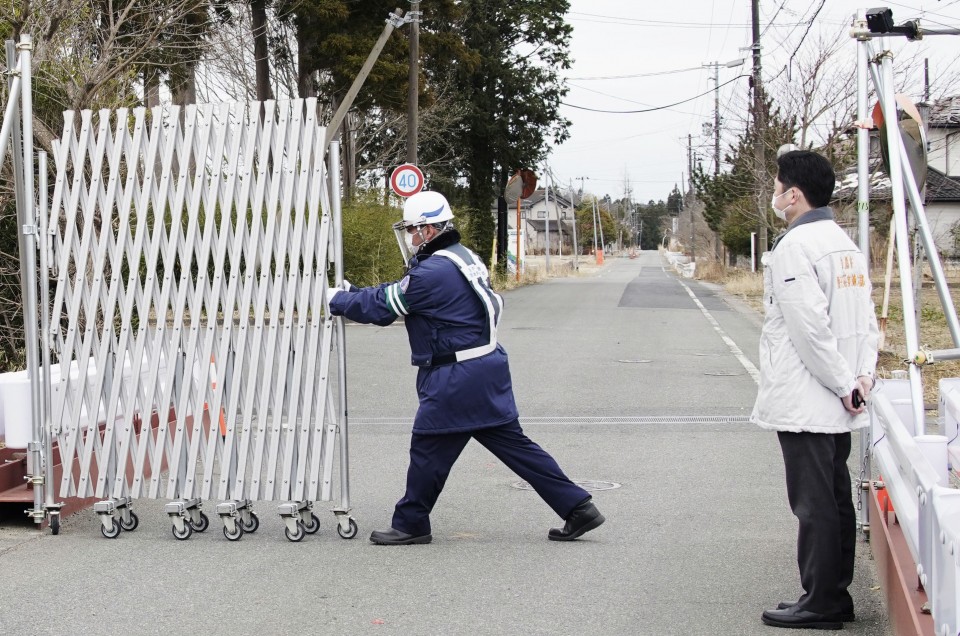 An official opens a fence barring entry to the town of Okuma on March 8, 2021, as the Japanese government allowed short-duration visits to the central part of the town, which co-hosts the crippled Fukushima Daiichi nuclear power plant. (Kyodo)

The latest relaxation covers residential and farm areas near the original town center. The measure to relax the comings and goings within the town is the second of its kind since one implemented in March last year.

At 9 a.m., when a gate dividing the area from the road was opened to the public, vehicles including that of patrol police were seen entering the area. In front of the gate, a road sign reading that access to the area is restricted was removed.

The town aims to secure lodgings for its residents to stay overnight around fall, once progress is made in infrastructure work and dismantling of houses.

The entire town was subjected to the evacuation order following the nuclear accident at the Fukushima plant.

In April 2019, the government partially lifted its mandatory evacuation order on parts of Okuma. The order was also lifted for more areas the following year.