With the gender gap still large among financial analysts in Japan, women who have blazed a trail in the male-dominated profession are calling for changes in the industry's punishing workstyle as well as an end to what they see as society's deep-rooted bias toward working women.

"I think Japanese firms (in general) must work to increase the number of women, and the financial industry especially lags" behind other sectors, said Rie Nishihara, a senior analyst at JPMorgan Securities Japan Co.

Among some 27,000 people who hold the Certified Member Analyst designation of the Securities Analysts Association of Japan, only 7.9 percent were women as of late January, according to the association.

As of 2016, meanwhile, women made up just 9.0 percent of those recognized as Chartered Financial Analysts in Japan, a certification given internationally by the CFA Institute in the United States. The rate was among the lowest for women in a global ranking topped by Vietnam at 43.0 percent.

The percentage of female CFA holders stood at 31.3 percent in China, 21.6 percent in France and 16.4 percent in the United States.

Nishihara, who worked at the Bank of Japan before starting her career as an analyst in 2012, said the analyst job suits her as she has a lot of discretion in how she works and appreciates clear external evaluations by clients, which include analyst rankings published by third parties.

"But I realized that evaluations in Japan tend to place more importance on the volume of the output than its quality, such as how many calls you have made to your clients in a day," said Nishihara.

Analysts in Japan often work from early in the morning until late at night to monitor financial market movements and hold meetings across different time zones. They also have several overseas business trips a year. The workload can be physically demanding and become a hurdle for women, she said.

As part of workstyle reforms, she suggested introducing more digital tools, such as the continued use of online meetings that have spread amid the coronavirus pandemic and distributing videos to clients rather than calling them.

In Japan, where traditional assumptions about men being the primary breadwinners still persist among many, women tend to do the brunt of domestic and care duties, resulting in them often being overburdened by the combination of work outside and inside the home.

Experts say valuing long working hours is a major barrier for women taking up leadership roles and that taking time off for childrearing and nursing care can leave them lagging behind their male colleagues in terms of careers and promotions.

Nana Otsuki, chief analyst and executive director of Monex Inc., said perceptions of a gender bias among clients may be influencing managers and becoming a barrier to increasing female leaders in the industry.

"If the company thinks that men have an advantage in gaining respect from the clients, then it may favor men for analysts," she said, adding that companies should take an affirmative approach in promoting women.

"A woman who has continued to work her way up to management-candidate level means she might have gone through various hurdles and made sacrifices" to overcome bias, Otsuki said. 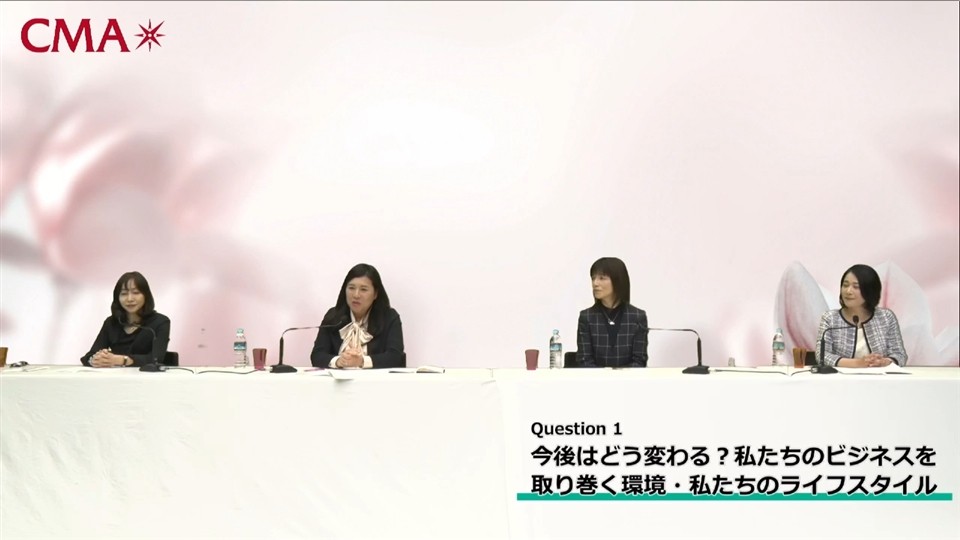 Women occupied only 5.2 percent of executive positions at all listed Japanese companies as of 2019. The country's most prominent business lobby, the Japan Business Federation, aims to raise that figure to more than 30 percent by 2030.

Sato, 53, was one of just six women among 120 recruits at Sumitomo Trust and Banking Co. in 1992, when employers were only required to "make efforts" not to discriminate against women in hiring under the equal employment opportunity law. The government banned gender discrimination in employment in 1997 under a revision to the law.

But even standing at the starting line was difficult, she said, as her parents opposed her going to university since they believed it would lessen her chances of getting married. They were also against her moving to Tokyo for work from her hometown in the western Japan prefecture of Okayama.

"My parents told me that I shouldn't come back (to my hometown) as neighbors would look at me coldly," said Sato. "Of course, I liked my job, but at the foundation of my career was the fact that I had no place to return to."

Even now, there are systems in Japan such as preferential tax treatment for households with stay-at-home housewives that make women quitting their job more "profitable" for a family, she said.

"It is quite surprising that society is still discussing gender equality...I had thought we would be free by now from being judged based on gender," said Mana Nakazora, chief credit strategist and vice chairperson of global markets at BNP Paribas, Japan.

After witnessing the hardships that her female seniors inside and outside the financial industry faced, such as having to hire numerous helpers to balance work and childrearing, she said she "had an easier way of it" with the times on her side, recalling 25 years ago when she was the first person to take maternity leave at Nomura Research Institute.

Nakazora, a pioneer among analysts in Japan specializing in sustainable investments in light of environmental, social, and corporate governance standards, said addressing ESG initiatives, including achieving diversity, is one of the foundations of a company's credibility.

"More people understand now that how much a company can do in this uncomfortable time of transition to achieve diversity shows that company's value, and this has been reflected in its earnings," she said.

Nakazora also said men's career paths should become more flexible as long working hours are currently regarded as the norm to get promoted at many companies.

There are changes afoot. Financial industry bodies have backed the momentum to empower women by introducing role models and holding networking events for them in Tokyo, Osaka and Nagoya.

Meanwhile the share of women passing the CMA analyst certificate exam has been on the rise, reaching 14.8 percent last year. The exam passer will be certified after three years of professional work experience.

"We must at least bring our levels to where they are not embarrassing as a Group of Seven member," Nishihara said.