A care facility for people with mental disabilities in Sagamihara, near Tokyo, where one of Japan's worst mass killings took place in July 2016, is expected to hold a Paralympic flame lighting event, city officials said Tuesday.

The flame would symbolize Sagamihara's wish to eliminate all forms of discrimination in line with the Paralympic movement's values, according to the officials, who are outlining their plans to the Tokyo Paralympic organizing committee and the Kanagawa prefectural government, which runs the facility.

They will also consult with families of victims of the stabbing attack at Tsukui Yamayuri En, where 19 residents were killed and 26 injured by a former employee of the facility, and take their input on the method of lighting the flame. 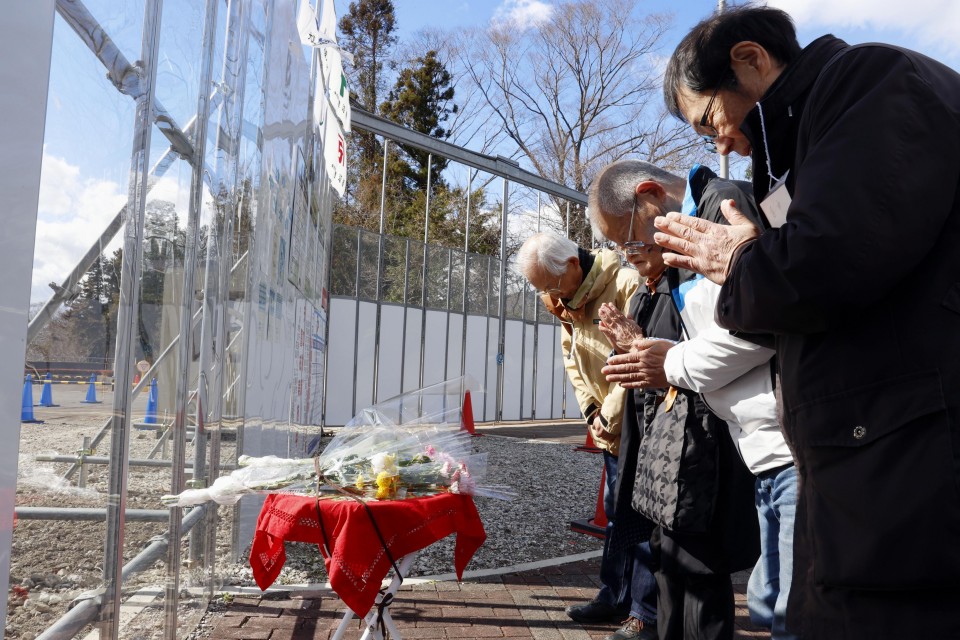 People pray in front of Tsukui Yamayuri En, a care home for the mentally disabled in Sagamihara, Japan, on March 16, 2020, where a man killed 19 residents and injured 26 others in a stabbing rampage in July 2016. (Kyodo)

Nobuyuki Hirota, head of Sagamihara's Olympic and Paralympic promotion section, said he remains committed to honoring the victims and survivors of the massacre of disabled people.

"As five years have passed, we want to stop the incident fading from memory and create a harmonious society without prejudice or discrimination. We want to make a public vow by holding the ceremony at Yamayuri En," Hirota said.

In March last year, a Japanese man, Satoshi Uematsu, was convicted and sentenced to death for the mass murder at the facility, which is undergoing construction following the demolition of the building where the incident took place. Residents are expected to begin moving into the new building from August.

The Tokyo Paralympic torch relay will start on Aug. 12 following the conclusion of the July 23 to Aug. 8 Olympic Games.

Flame-lighting festivals will take place across Japan leading up to the lighting of the Paralympic cauldron at the opening ceremony of the games on Aug. 24 at Tokyo's National Stadium.