After a public uproar over sexist remarks led to the resignation of the Tokyo Olympics chief in February and renewed calls for gender equality in Japan, the mass media industry is now facing the issue of whether it can address its overwhelming male dominance.

"It's embarrassing to find (mass media) organizations in a situation like this, even though they have been rapping Mr. Yoshiro Mori's misogynist remarks," said Mami Yoshinaga, chairwoman of the Japan Federation of Newspaper Workers' Unions, in response to complaints about sexism in the media during a recent symposium. 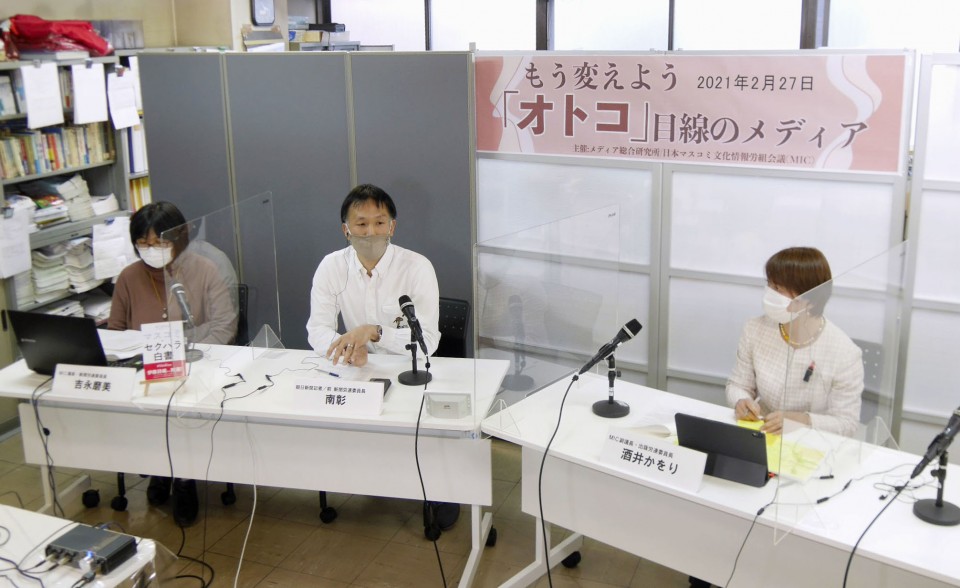 Supplied photo shows a symposium organized by the Japan Mass Media Culture Information Workers' Union Conference (MIC) and other groups to discuss gender inequality in the media sector in Tokyo on Feb. 27, 2021. (Photo courtesy of MIC)(Kyodo)

The online symposium, organized by the Japan Mass Media Culture Information Workers' Union Conference and other groups, was held to discuss gender inequality in the media sector, with citizens, journalists and researchers taking part.

Five university students spoke of things they find inappropriate in the Japanese media, both print and broadcast.

"It's mostly men who appear as authors in newspapers' op-ed pages. It doesn't reflect reality," one of them said. The students also voiced their disapproval of the way many Japanese TV programs treat female presenters.

"Variety shows and news programs have the same structure in which a young woman listens to what a middle-aged man says. I don't want to watch them," one of them said.

Another student pointed out that female news presenters are often "consumed as if they are idols."

Researchers said sexism and gender stereotypes portrayed by the media stem from the male dominance in executive posts and management-level employees at media firms.

"If decision-making positions are occupied by men, news articles, broadcast content and even the way news items are lined up will reflect a male perspective," said Kaori Hayashi, a professor at the University of Tokyo's graduate school specializing in mass media and journalism studies. 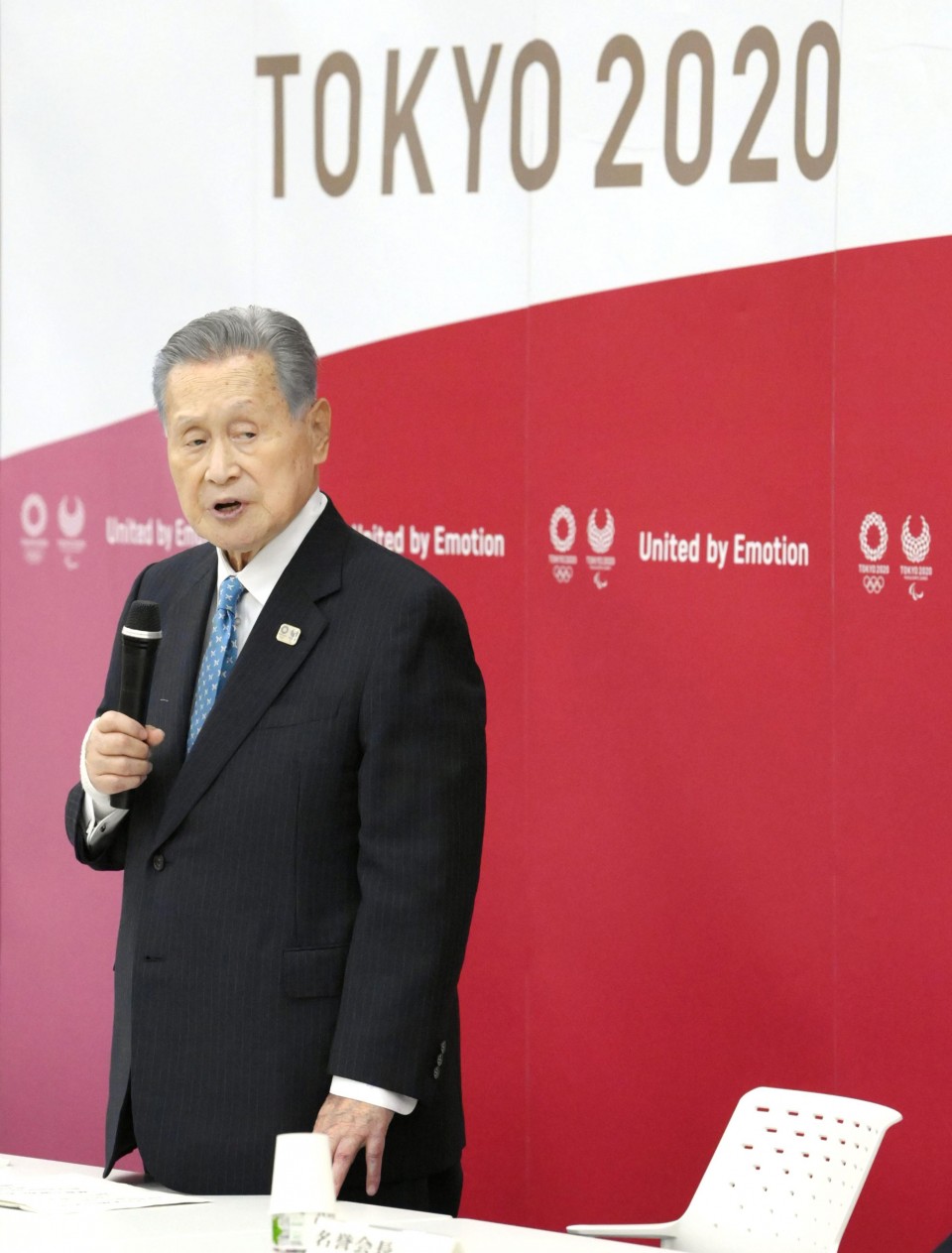 Yoshiro Mori, president of the Tokyo Olympic and Paralympic organizing committee, is pictured during a meeting of its executive members in Tokyo on Feb. 12, 2021, following the announcement of his resignation over his recent remarks slammed as sexist. (Kyodo) ==Kyodo

Only 7.7 percent of employees holding section chief or higher positions were women at 38 newspapers and news agencies in Japan in 2019, according to surveys by labor unions.

The participants of the symposium agreed that the media industry must understand the awareness of citizens of its male dominance and change it.

Hayashi said if the media continues to "be a man's world and retain its old values, the rift between its own sense and the sense of ordinary people will further widen."

Mori, a former prime minister, said on Feb. 3 that participation by women in board meetings will make them "drag on" and their speaking time should be restricted if more women join executive boards of sports associations.

Amid a wave of criticism at home and abroad, the 83-year-old stepped down later that month as president of the Tokyo Olympic and Paralympic organizing committee, replaced by Seiko Hashimoto, a 56-year-old former Olympic minister and renowned female athlete.

The government set a goal in 2003 of filling around 30 percent of leadership positions in the country with women by 2020, but it pushed back the date to "as soon as possible within the 2020s" after failing to meet the target.