The United States said Tuesday that it is imposing sanctions on Russian officials over the poisoning and jailing of the country's opposition leader Alexei Navalny, marking the first announcement of its kind under the administration of President Joe Biden. 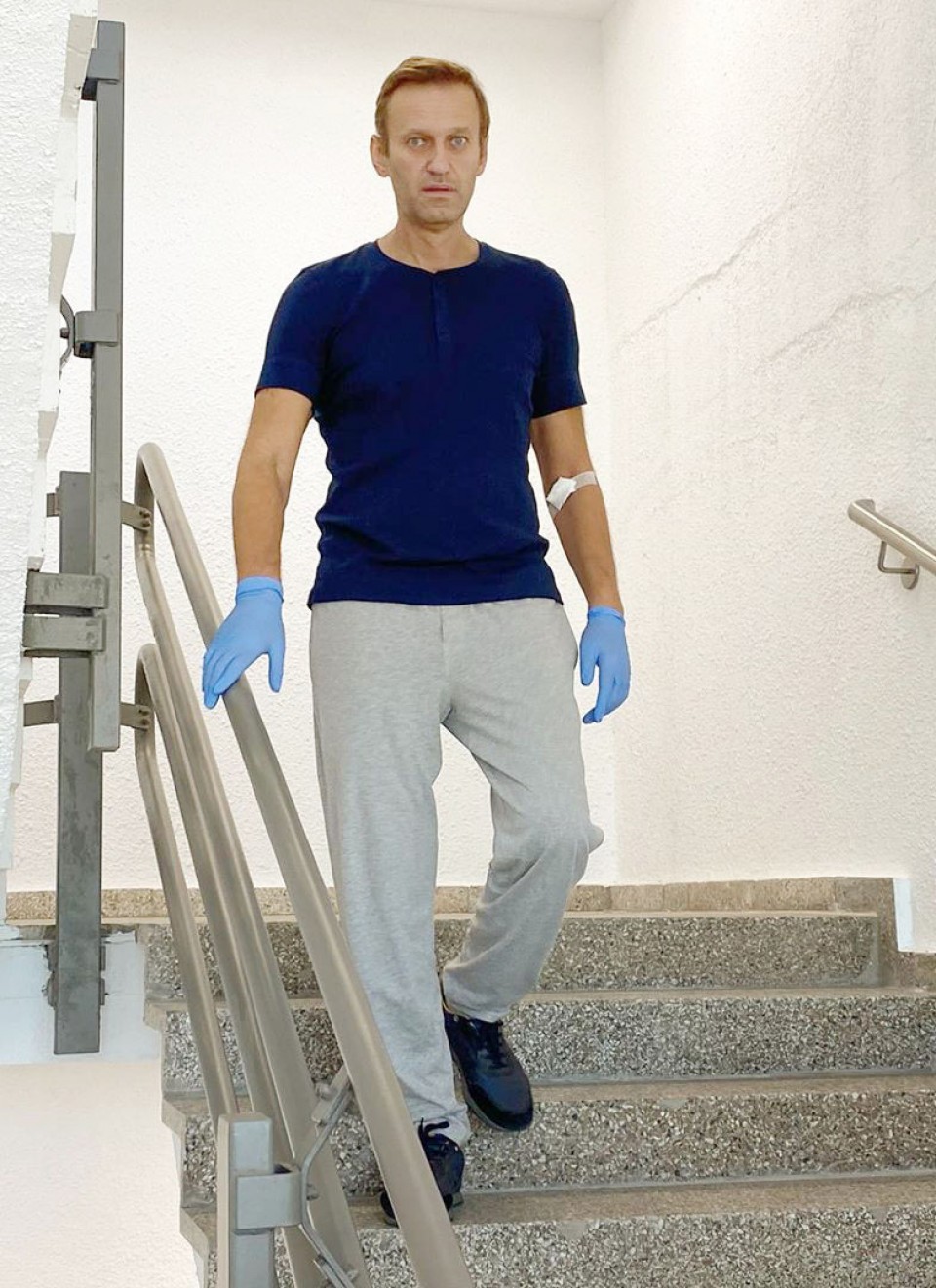 Russian opposition leader Alexei Navalny is shown in a photo posted to his Instagram account on Sept. 19, 2020. (Kyodo)

The prominent critic of Russian President Vladimir Putin lost consciousness on a flight to Moscow after drinking tea at a Russian airport on Aug. 20. Following months of recuperation in Germany, he returned to Russia in January, where he was arrested upon arrival over an alleged parole violation and later jailed.

"It's clear...that the Russian officials have targeted Mr. Navalny for his activism and efforts to reveal uncomfortable truths about Russian officials' corruption and give voice to Russian citizens' legitimate grievances with their government and its policies," a senior U.S. administration official said.

The United States reiterates its calls for Russian authorities to "unconditionally and immediately release" Navalny, he said, adding, "With today's actions we're sending a clear signal to Russia that there are clear consequences for the use of chemical weapons."

Seven senior members of the Russian government will face U.S. asset freezes, while 14 entities will be added to the Commerce Department's blacklist over their alleged activities in support of Russia's weapons of mass destruction programs and chemical weapons activities. The sanctions also include visa restrictions.

Many of the U.S. actions mirror those taken by the European Union in October, and match additional EU measures taken Tuesday, Psaki said.