A virtual reality video that reproduces the cityscape of central Sapporo before and after the Sapporo Winter Olympics nearly 50 years ago has been completed and was opened to the media at the NHK Shin Sapporo Broadcasting Center on March 19. 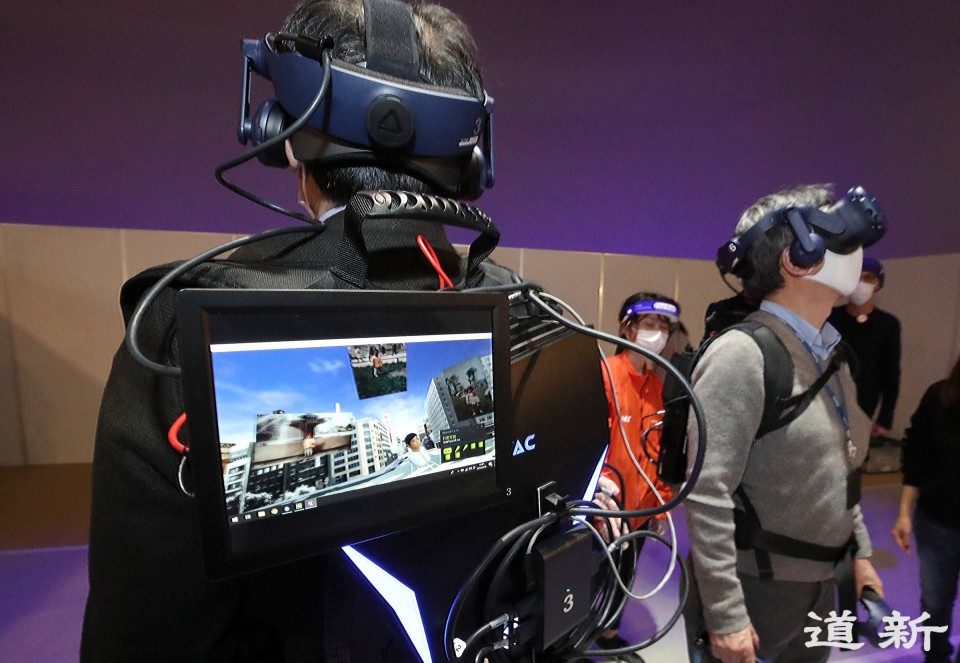 A total of more than 1,000 photos were collected, including material provided by organizations and businesses, including The Hokkaido Shimbun Press. Reproduced is scenery of Odori Park and the station square from Sapporo Station to the Susukino intersection.

Scenery and buildings that no longer exist, such as the fourth version of the Sapporo Station building, the streetcar running in front of the station, and the first signboard of Nikka Whiskey, the symbol of Susukino, are revived in realistic 3D.

The video can be experienced using VR headsets and wearable VR equipment. Users can enjoy moving in the video with the headsets while the latter is an experience-based attraction where users wear the headsets, carry equipment on their back, and go around the city alongside a story that runs for about five minutes.

NHK is considering providing an opportunity for citizens to get a taste of the VR experience at events at the broadcasting center in June.