Emperor Naruhito and Empress Masako expressed their hope for the end of the coronavirus pandemic in poems recited on their behalf Friday at the annual New Year Poetry Reading Ceremony which was postponed for over two months due to the health crisis.

The 61-year-old emperor expressed sadness for the lives lost during the pandemic as well as for people struggling with hardships linked to the spread of the virus. 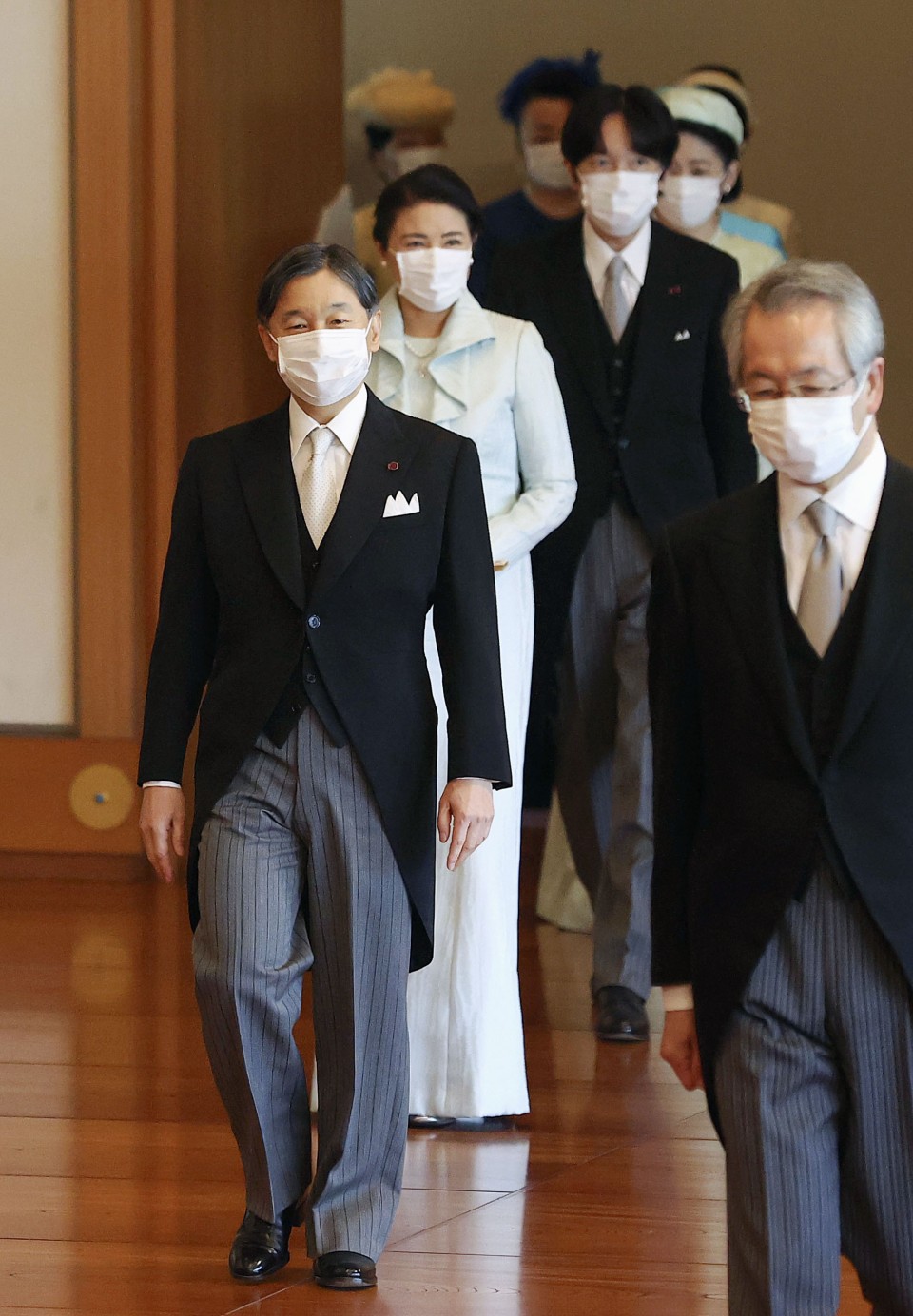 Emperor Naruhito (L) and Empress Masako (C) enter the venue of the annual poem reading ceremony in the Imperial Palace in Tokyo on March 26, 2021. (Pool photo)(Kyodo)

The annual event was held with measures to prevent the spread of infection with participants required to wear face masks or shields. It was initially scheduled for Jan. 15, but was put off amid a resurgence of virus infections in Tokyo and its vicinity.

Acrylic partitions were set up in front of speakers on the stage as part of antivirus measures.

The theme of this year's "waka" poems at the reading held at the Imperial Palace was "jitsu," meaning "fruit."

The official translation of the poem written by the Emperor and provided by the Imperial Household Agency is as follows:

I sincerely pray that

The hope and efforts of the people

Leading us to peaceful days

His wife Empress Masako also reflected on the pandemic in her poem, expressing her earnest hope for the containment of the virus.

As I stand in the garden

The end of the infection's spread,

The fruit of the ume (Japanese apricot)

Are a hopeful green

In her poem, the 57-year-old empress described the vitality of nature she experienced as she saw fruits on Japanese apricot trees that had grown and become green in May last year when she walked in the Akasaka Estate during the first state of emergency declared over the virus.

The couple's poems, as well as works composed by other members of the imperial family and 10 pieces chosen from 13,657 entries submitted by the public, were recited in the traditional style at the reading ceremony.

One of the 10 chosen poets attended the event online from Fukui Prefecture in central Japan.

The theme for next year's New Year poetry reading is "mado," meaning "window," the agency said.