Newly appointed Tokyo 2020 Organizing Committee President Seiko Hashimoto said Tuesday initial guidelines requiring Olympic athletes to be tested for the coronavirus at least once every four days are being reconsidered.

Hashimoto told Kyodo News and other Japanese media organizations the frequency of testing will likely increase for athletes after taking into account newly discovered virus variants and the amount of physical contact involved in some sports. 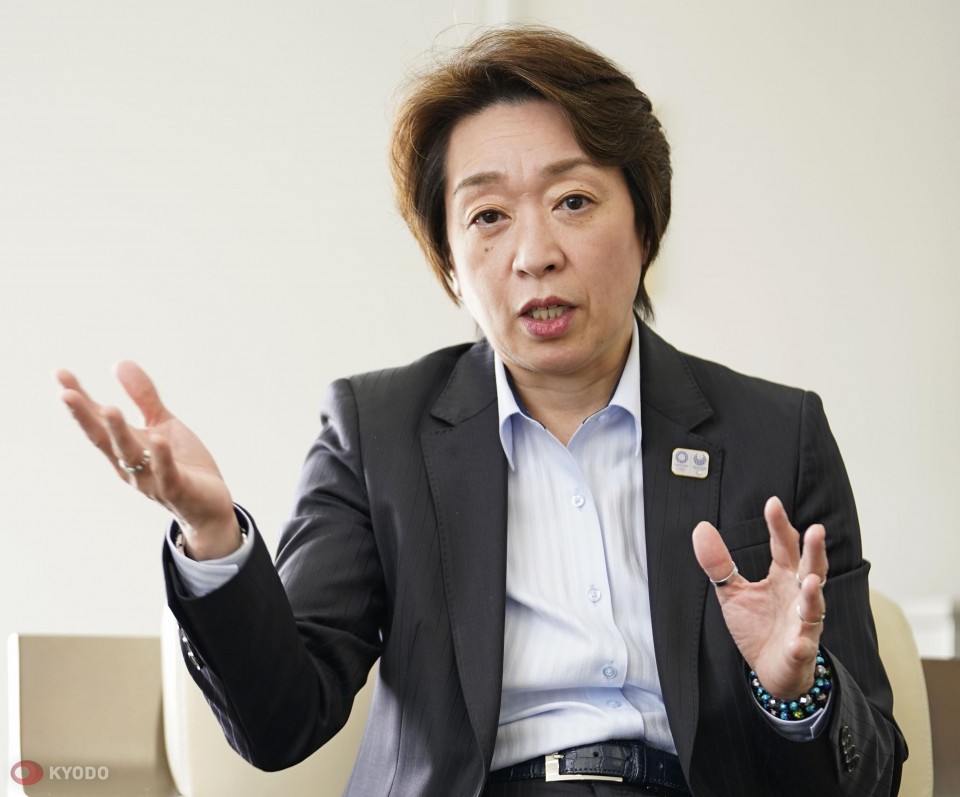 "From the athletes' perspective, I think it's better that testing rules are strict to begin with, rather than having a change in protocols announced midway through (the games)," Hashimoto said.

"We do need to think about (increasing testing frequency)," she added.

Last month, Olympic organizers released a so-called "playbook" for athletes participating in the Tokyo Games stating athletes will be tested at least once every four days and will be barred from competing if they return a confirmed positive test.

Hashimoto, meanwhile, believes the number of athletes to march at the opening ceremony is expected to be around a third of the previous games due to their limited stay at the athletes' village.

"Hopefully we can send the world a movie that provides a ray of light as we agonize and suffer from the coronavirus," she said of the staging of the ceremony. "Given the situation, it might not be an opening or closing ceremony where many people gather."

Hashimoto said potential infection among athletes will need to be dealt with flexibly, with scheduling changes to events among potential options.

"We need to simulate for any potential scenarios. It's hard to think there won't be anything happening," she said. "Having no spectators is not totally ruled out."

As the first nation to host the games amid a global health crisis, the new organizing chief hopes Japan can present the right course for the future.

"We will have on display the Japanese capability in solving problems. The Tokyo Games will be significant in whether we can be a leading nation in finding a solution to a challenge," she said.

"If we can't do anything until there's zero coronavirus, that means we can't solve a challenge. We need to show we can ensure safety and go forward if we put all possible measures in place."

"If we can overcome many problems and fulfill the games, that will lead to its legacy."

The Tokyo Olympics are set to open on July 23, 2021, after a one-year delay due to the coronavirus pandemic.