Hong Kong leader Carrie Lam said Monday she "welcomes and supports" China exercising its constitutional power to reform the city's electoral system to ensure only Beijing loyalists are in control.

China's legislative body, the National People's Congress, will pass a resolution this week to improve Hong Kong's electoral system which Hong Kong is incapable of doing on its own, the Beijing-backed chief executive told reporters. 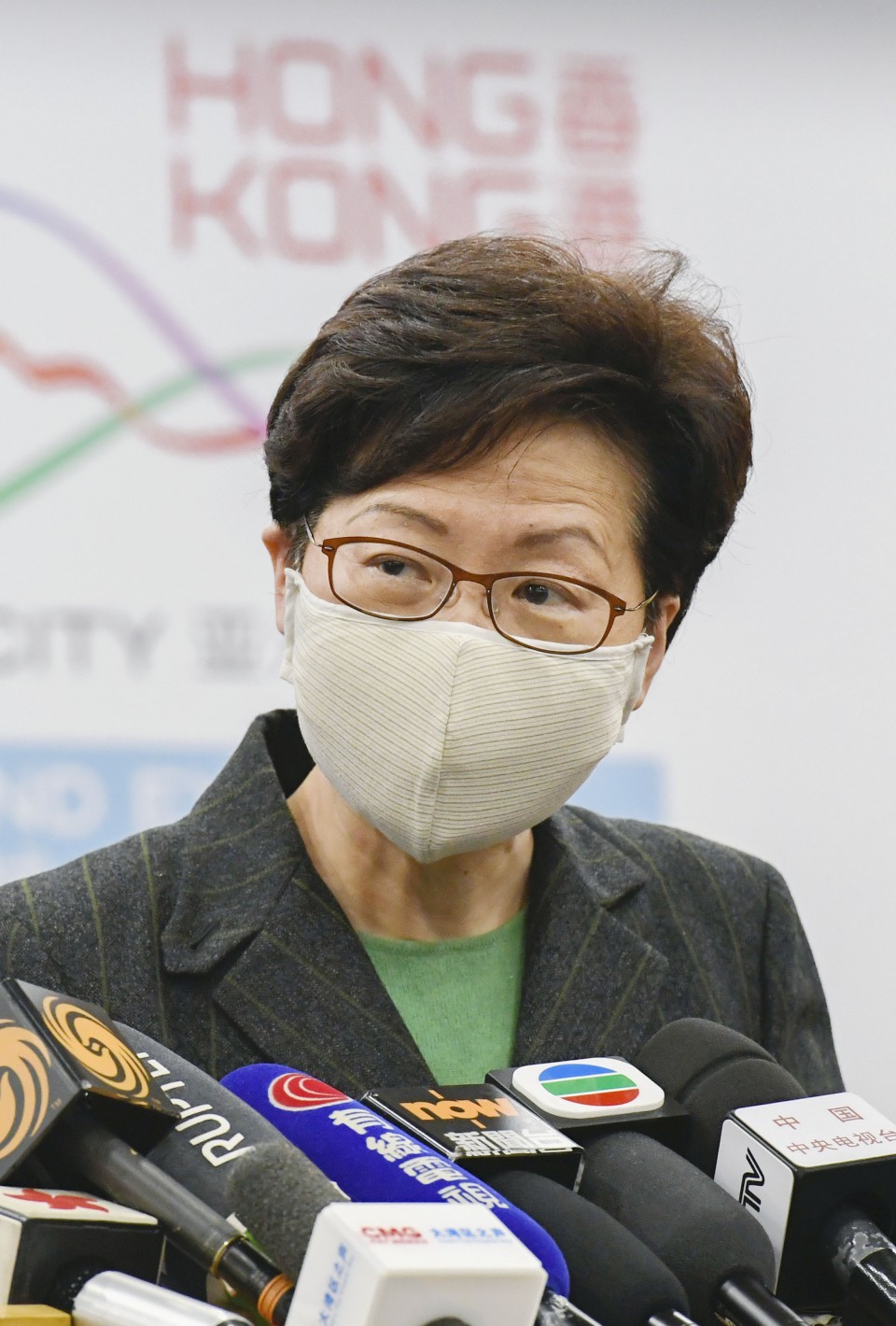 Lam insisted that there is an urgent need for electoral reform and said no public consultation will be held.

"What we are now seeing is a deficiency in the electoral system which could be exploited by people, including some external forces, and hence return politicians who may take advantage of their positions to undermine governance or even to undermine national security and development interests of the country," Lam said.

"To ensure the power to govern Hong Kong falls in the hands of patriots...I and my government welcome and support the improvement of Hong Kong's electoral system," she said.

Citing NPC deputy chairman Wang Chen, Lam said changes would likely be made to the election committee's formation and role in picking Hong Kong's leader. It would be given new power to nominate all candidates standing in the legislative election and elect a higher proportion of members in the reformed legislature.

Lam denied that restoration of that role will be a step backward in democratic development, saying, "It would be very wrong to perceive what the central authorities are now doing as retrogression."

Wang said last week at the annual session of the National People's Congress that resolute measures are needed to prevent anti-China troublemakers and foreign powers from taking control of the legislature, interfering with constitutional order and challenging the authority of China's constitution.

The election committee, currently comprising 1,200 mostly pro-Beijing members, has not had a role in directly electing legislators since 2004.

"We are improving the electoral system by making sure that whoever is...administering Hong Kong in future is somebody who loves the country, who loves Hong Kong," Lam said.

She would not confirm if the legislative election, postponed from last September for a year due to pandemic-related concerns, would be postponed again.