Japan rejects bid from China to use "AINU" trademark for products

The application for "AINU" was filed in March 2020 for products such as smartphone cases and computer mice, according to the documents disclosed by the office. 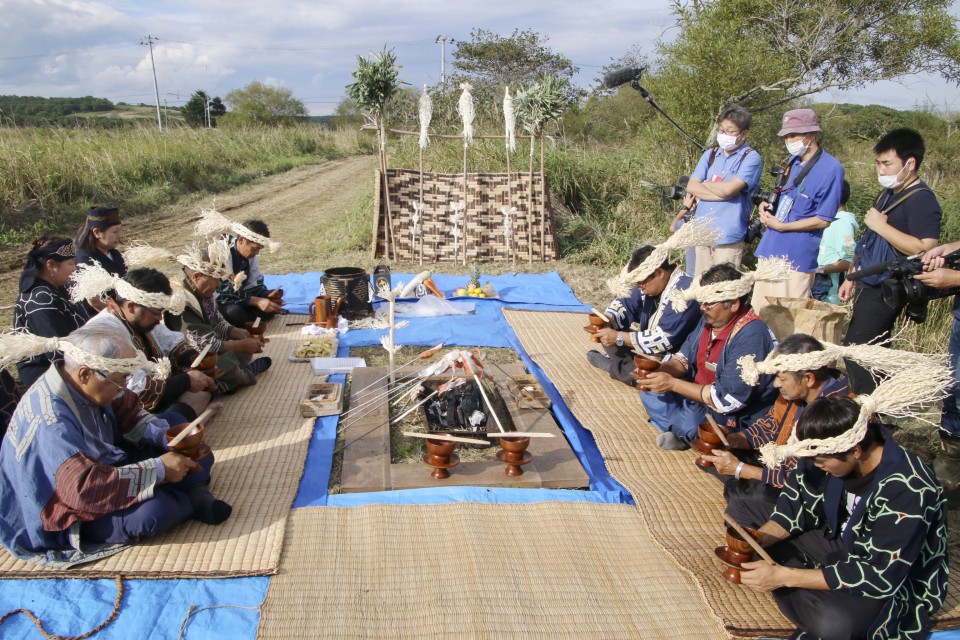 Members of an Ainu indigenous people's organization hold a ritual on Sept. 20, 2020, to celebrate the arrival of the year's salmon season in Urahoro, northern Japan. (Kyodo) ==Kyodo

The move was criticized by the Ainu people, who are indigenous to Hokkaido, northern Japan, as an attempt to commercialize their culture.

The office rejected the application on the grounds that the Romanized name would "easily" be confused with that of the indigenous people.

"An exclusive use of the trademark is against the benefits of our country's society and the public, and may harm public order and moral standards," it said.

Stipulating for the first time that Ainu are indigenous people, a 2019 legislation protects and promotes Ainu culture as a way to right historic discrimination and socio-economic disparities.

In a separate case, China's National Intellectual Property Administration has agreed to revoke the "Kyoto Uji" trademark that had been registered in China for tea products by Chinese companies, according to a tea cooperative in Kyoto, western Japan.

The Kyoto Tea Cooperative made the request with the administration in November 2019, arguing its "Uji" tea brand would be harmed.

The Chinese agency made the decision in late January, according to the cooperative.