The Financial Services Agency is asking Mizuho Bank to submit a detailed report on preventive measures as well as the cause of the glitch. 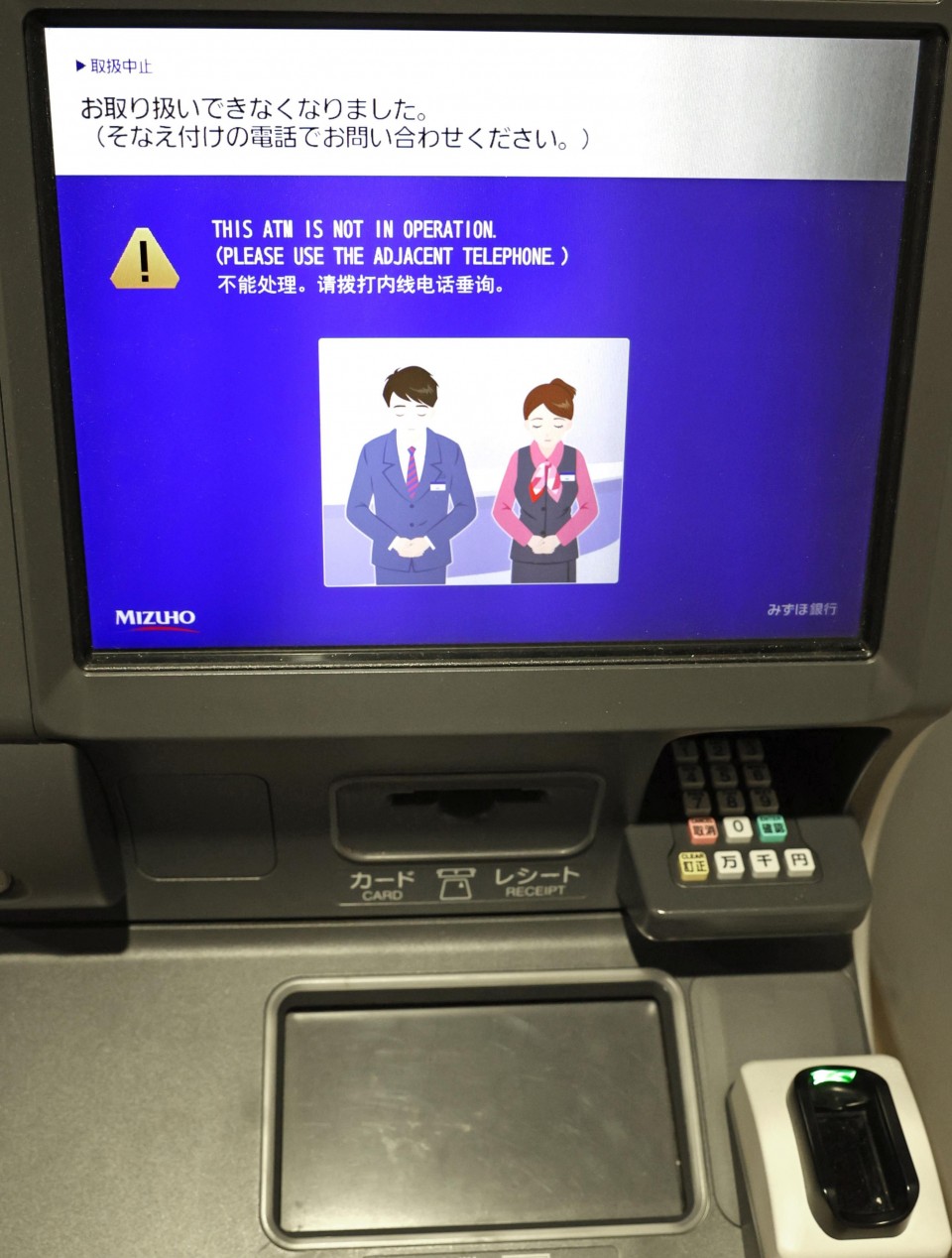 Photo taken on Feb. 28, 2021, shows a Mizuho Bank ATM in Tokyo hit by a glitch affecting cash withdrawals and other transactions at some of the major Japanese bank's outlets. (Kyodo) ==Kyodo

The agency is likely to decide whether it will take disciplinary steps such as issuing a business improvement order based on the report, the sources said.

The problem, which began on Sunday, resulted in over 4,300 ATMs failing to function, leaving 5,244 bank cards and account booklets stuck inside the machines. All of the affected ATMs were back in operation by 3 p.m. Monday.

According to Mizuho Bank, the banking arm of Mizuho Financial Group Inc., the bank has not yet completed refunds for clients involved in some 1,000 cases, or around 20 percent of the instances of machine trouble.

Mizuho Bank has said its systems were overwhelmed when updating the status of fixed deposit accounts and processing other transactions.

In April 2002, when its affiliated banks were reorganized, system problems resulted in disruptions for about 2.5 million transactions.