Sekiwake Terunofuji, who made a stunning comeback to win the Spring Grand Sumo Tournament with a 12-3 record, said Monday he had been determined to finish the meet with double-digit wins to protect the reputation of his stablemaster Isegahama.

By winning his third Emperor's Cup and securing promotion back to the second-highest rank of ozeki, the 29-year-old Mongolian added another remarkable chapter to a career that had been derailed by injuries to both knees. 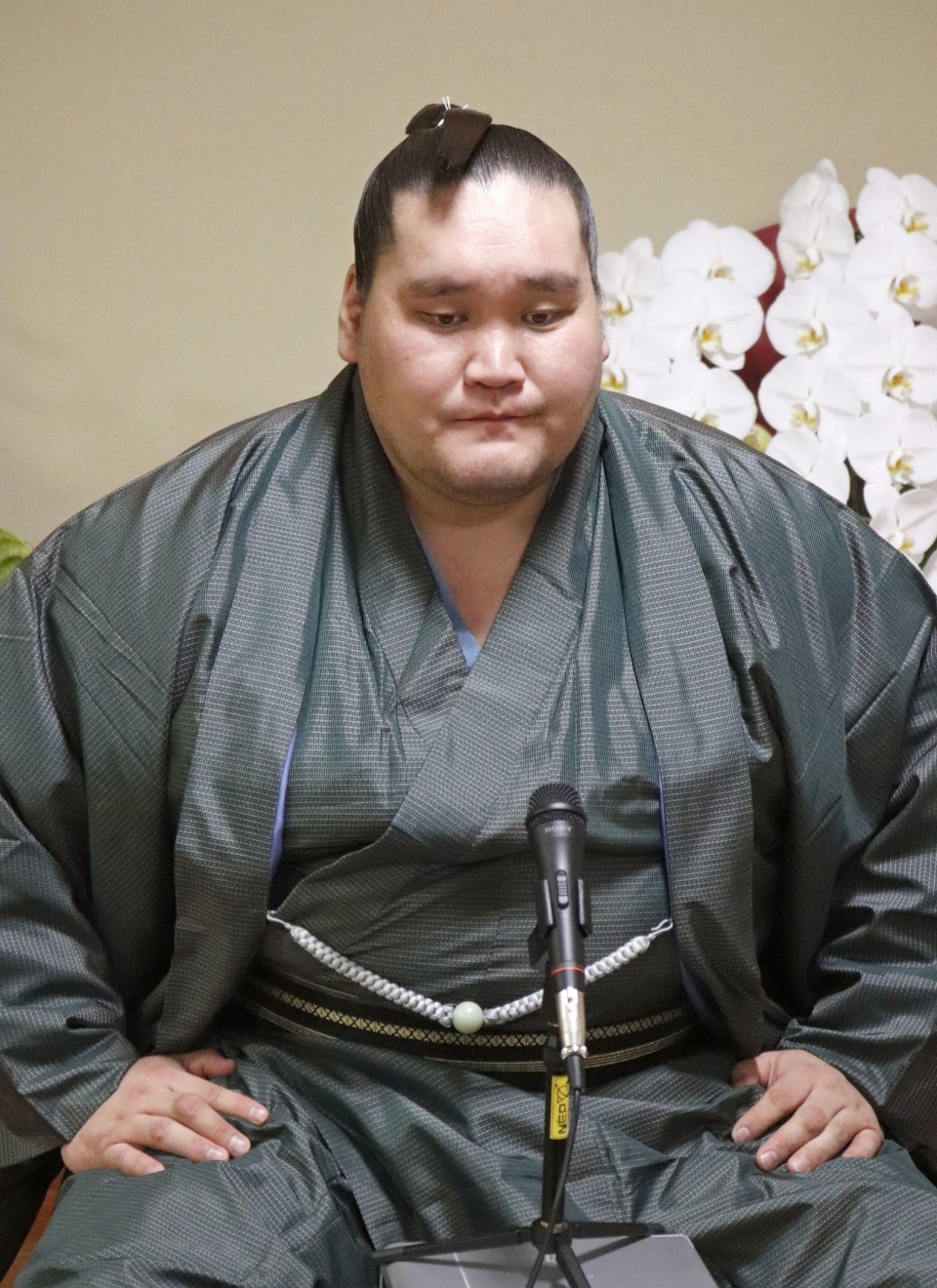 A three-tournament record of 33 wins is considered a near-guarantee for ozeki promotion, and Terunofuji reached the mark on the 12th day of the 15-day meet at Tokyo's Ryogoku Kokugikan when he improved to 9-3 for the tournament.

But with his stablemaster's honor on the line, barely qualifying would not have been enough, according to the powerfully built grappler, who won his last five bouts to reach 36 wins over the three most recent tourneys.

"If I were getting that promotion, I didn't want any questions about whether I deserved it," said Terunofuji.

Sumo: Returning Hakuho a wildcard as Terunofuji aims for ozeki

"I thought it would be unacceptable to sling mud at my stablemaster."

Terunofuji entered the March 14-28 meet with his sights set on reclaiming the ozeki rank he last held in September 2017, before the knee issues precipitated his demotion to sumo's second-lowest division.

He apparently suffered a knee injury in his Day 10 bout, an upset loss to rank-and-filer Shimanoumi, but the soon-to-be ozeki said he focused on what he could control.

He ended up beating all three of the current ozeki, including a final-day victory over Takekeisho, against whom he lost a playoff for the championship in November.

"I just had to get (the injury) treated and do my best, and if I couldn't win, that was that. I'm glad I followed up with victories," said Terunofuji, who earned his third Outstanding Performance Award at the meet.

The native of Ulaanbaatar, whose real name is Gantulga Ganerdene, promised to work even harder when he competes as one of four ozeki in the next tournament in May. 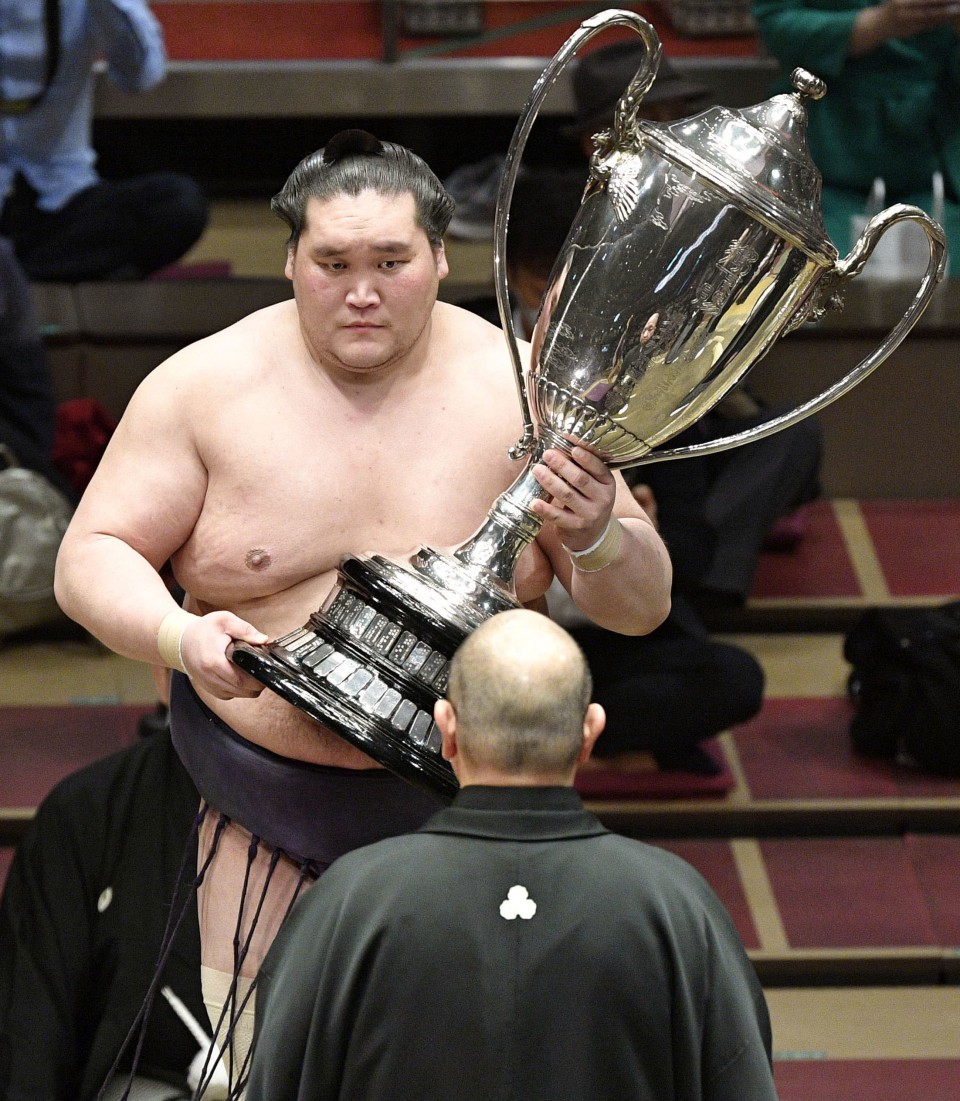 Terunofuji receives the championship trophy from Hakkaku, head of the Japan Sumo Association, after winning the Spring Grand Sumo Tournament on its final day at Ryogoku Kokugikan in Tokyo on March 28, 2021. (Kyodo) ==Kyodo

The Japan Sumo Association board of directors is scheduled to meet on Wednesday to formalize his promotion.

"Wrestlers at the yokozuna and ozeki ranks represent the JSA. My desire to work hard and achieve good results is even stronger now," Terunofuji said.

Terunofuji will regain ozeki status following 21 grand tournaments in lower ranks -- the longest it has taken to be re-promoted to sumo's second-highest rank since the current "kadoban" system for ozeki promotion and demotion was introduced in 1969.