Asian Americans in the United States have seen a disturbing rise in anti-Asian bigotry since the spread of novel coronavirus infections, and the recent mass shooting in the Atlanta area has further stoked anger and fears in the prejudice-hit community.

"We have been facing this over the past year, specifically related to the COVID-19 racism the last couple of weeks," said John Yang, president of Asian Americans Advancing Justice | AAJC, a Washington-based group that advocates civil and human rights of Asian Americans. 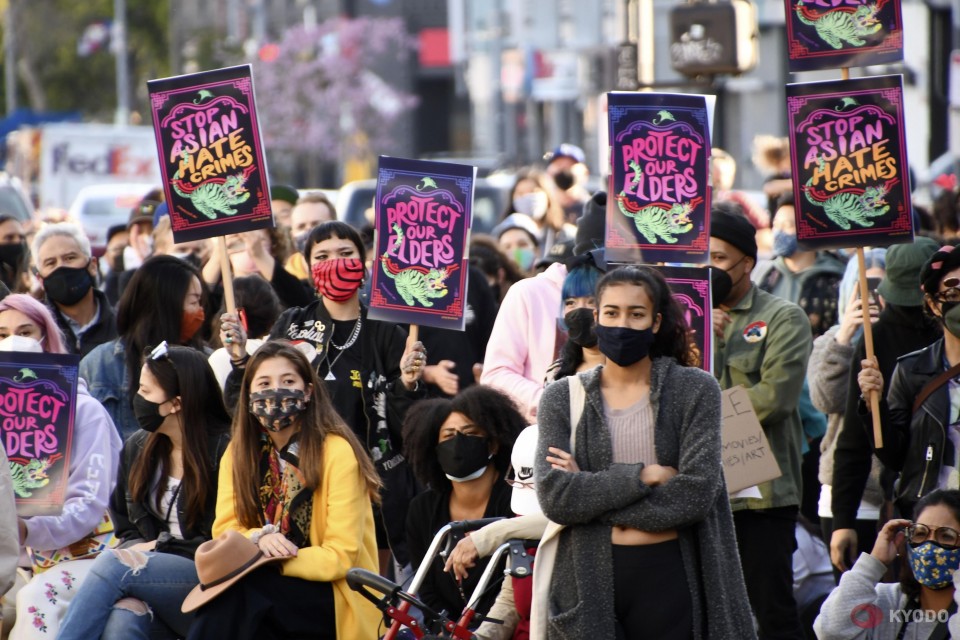 "Especially with respect to the shootings, (it has) really brought our community to a breaking point."

"People feel that the government and other people are not doing enough to protect Asian Americans," Yang said in an online interview.

In written testimony submitted last week to the House of Representative Committee on the Judiciary, Yang said, "Asian Americans no longer feel safe, and live in fear of attacks because of their race and ethnicity."

On March 16, a shooter attacked three separate Asian-owned spas in the southern U.S. state of Georgia, killing eight people. Six of the victims were women of Asian descent.

Many raised concerns that the incident might be the latest in a string of recent hate crimes against Asian Americans, while Robert Long -- the suspect who was taken into custody and charged with murder -- reportedly said the attack was not racially motivated.

Long, 21, has told investigators he has a "sexual addiction" and that the massage parlors were "a temptation for him that he wanted to eliminate," according to authorities.

However, investigators have not ruled out the possibility of a hate crime.

Dorinne Kondo, a professor of American studies, ethnicity and anthropology at the University of Southern California, believes it is overdetermined by multiple historical and political factors.

"This was not the result of one white man's 'bad day.' Historical power relations position Asian women as submissive, exotic fetishes who exist to service 'Western' men," she said. "We need to upend those power structures."

Regardless of the motive of the alleged shooter, some pointed out that the incident is a haunting reminder of harassment and attacks that many Asian Americans have been facing across the nation during the pandemic, as well as the long history of racism against them in the country.

According to Stop AAPI Hate, a California-based group dedicated to addressing anti-Asian discrimination, it received reports of 3,795 incidents across the country over nearly one year to the end of February.

At the beginning of this year, there were attacks on vulnerable elderly Asians in San Francisco, Phoenix and Oakland who have died due to their injuries, according to the testimony Yang submitted to the House.

"Certainly, fear for people's safety, anger at the violence, are evident among many, myself included," Kondo said. "As an older Asian woman, I do feel vulnerable. If I were in New York, I'd avoid the subway, for example." 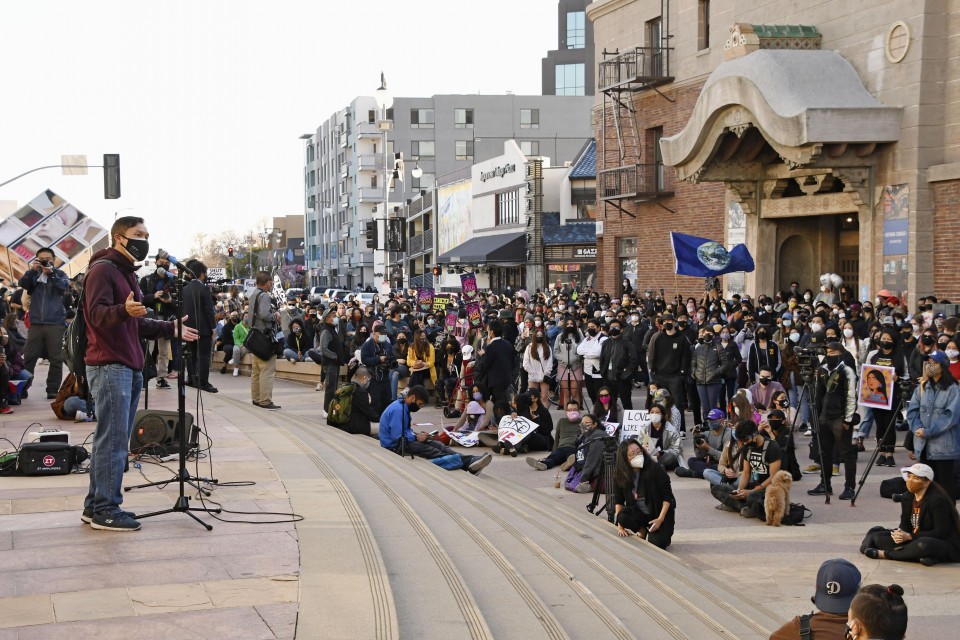 In analyzing the disturbing trend, critics have attributed the uptick to the rhetoric of Donald Trump, the former president who frequently repeated the phrase "Chinese virus" when speaking of the pandemic, with the first case being reported in Wuhan, central China, in late 2019.

"Certainly, President Biden presents a 180-degree-turn from the previous presidential administration," Yang said, in reference to the Trump administration that President Joe Biden replaced in January.

"Hate can have no safe harbor in America. It must stop. And it's on all of us, all of us together to make it stop," Biden said in Atlanta, underscoring that silence is complicity, and the country cannot be complicit over the issue.

Biden has also urged Congress to pass the COVID-19 hate crimes bill, which would expedite the federal government's response to hate crimes, which rose during the pandemic.

"He clearly recognizes that there is a lot of work ahead of us to make sure that we have racial equity here in the United States," Yang said.

Yang, too, believes the COVID-19 hate crimes bill should be swiftly passed as it is a significant part of the solution, but he said at the same time, the solution requires much more than that.

"We really need to keep people (thinking) about what causes racism and really get at the root of that in order to solve this problem altogether," he said.

A few days before the fatal shootings, around 1,000 people rallied in the Little Tokyo district in Los Angeles against anti-Asian hate crimes, and according to Kondo, respectable numbers of people have protested in multiple cities in the wake of the shootings.

Grieving for the loss of life, Ann Burroughs, president of the Japanese American National Museum in Little Tokyo, said, "Our elected leaders must take substantive action to combat this as a matter of urgency."

Burroughs also touched on the fact that more than 120,000 individuals of Japanese ancestry, a majority of whom were U.S. citizens, were incarcerated in internment camps in the country during World War II.

"The parallels between the climate of anti-Asian racism in 1942 and the present are too stark to ignore," she said.

Also pointing to history, including the situation which Muslim Americans and South Asian Americans faced after the Sept. 11, 2001, terror attacks, Yang said, "Asian Americans are always treated as foreigners, even if they were born in this country, no matter how long they've lived in the country."

"And people suspect us for loyalties to another country, suspect us of carrying diseases, suspect us of being terrorists, and that's part of what we need to fight to make sure people see us as Americans," he said.

Yang added that he appreciates other minorities who have been raising their voices against anti-Asian violence as he believes it is essential for the Asian American community to establish a united front with the black, Latino and other communities in addressing racism.