When northeast Japan marks the 10th anniversary of the megaquake and tsunami that hit the region on March 11, 2011, triggering a subsequent nuclear disaster, actor Ken Watanabe, despite a decade-long effort to meet with survivors to offer solace and encouragement, doesn't intend to be anywhere in sight.

But wherever he finds himself that day, when he says the spotlight should be on the victims, it will mark only a brief stepping back from what he has come to feel is "a lifetime's work."

In a recent online interview with Kyodo News, the 61-year-old star of Hollywood blockbusters such as "The Last Samurai" and "Inception" along with numerous domestic movies said he reckons he has "personally met and talked to several tens of thousands" of survivors across the region from the immediate aftermath of the disaster to the present day as they seek to rebuild their lives. 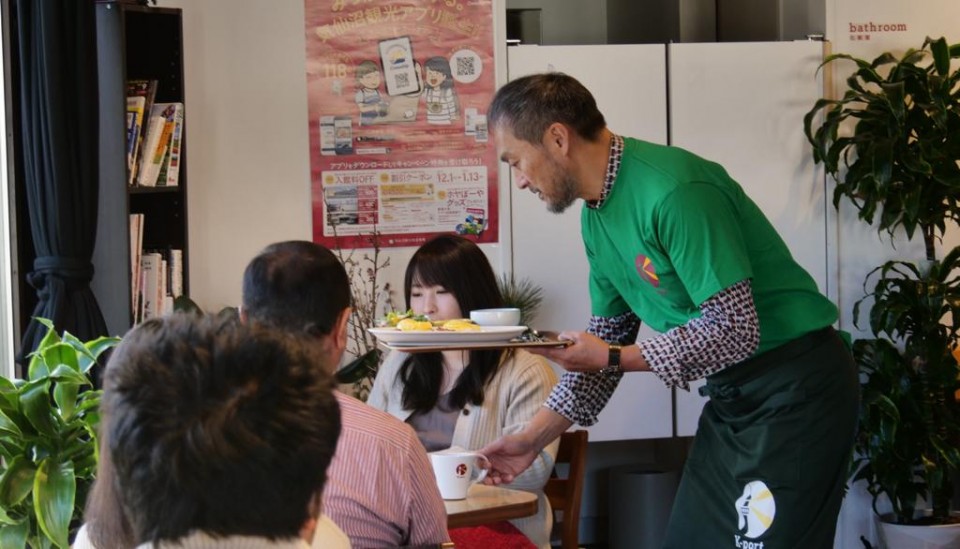 With his interactions tending to focus in recent years on the city of Kesennuma, he even says that when asked what his hobby is, his reply now is to name the coastal community of some 60,000 people, one of the hardest hit by the disaster.

"It's not as simple as liking it," he adds with a smile of his encounters with residents of the Miyagi Prefecture city, some of whom he now calls friends. "It's something much deeper. But if I didn't enjoy it, it wouldn't be my hobby, right?"

When the earthquake's first tremors were felt, Watanabe was on a plane returning from the United States. Within weeks, however, he was visiting evacuation shelters.

"I was driven by this will to do something" after seeing footage of the terrible damage wrought by the disaster when he touched down back in Japan, he recalls.

One of the encounters etched most strongly in his memory is meeting a man who gave the appearance of having his feelings under control at first, but who Watanabe later learned had lost his daughters. The man broke down in tears only when he returned to comfort him.

"I just had to embrace what they were going through together with them...I talked to them, hugged them. In my own little way, I hope I was able to provide solace," said Watanabe, who was nominated for an Oscar for 2003's "The Last Samurai."

Other actions he took in the immediate aftermath of the disaster included launching the Unite for Japan website to solicit donations and rallying other celebrities, including U.S. actor Leonardo DiCaprio, with whom he starred in 2010's "Inception," to post supportive messages on a website he established called "kizuna311."

Watanabe remembered how residents he spoke to in those early days would tell him of their anxiety of being eventually forgotten. So he surprised them when he visited the exact same places the next year -- and then kept on traveling to the region.

He opened a cafe in Kesennuma, which saw many of its buildings inundated or swept away in the tsunami, near the harbor some seven and a half years ago after learning from the local community that they had "lost a place where people could gather and have fun."

Called K-port, it also serves as an event space and gallery, and its logo bears an image of a lighthouse forming part of the letter K. 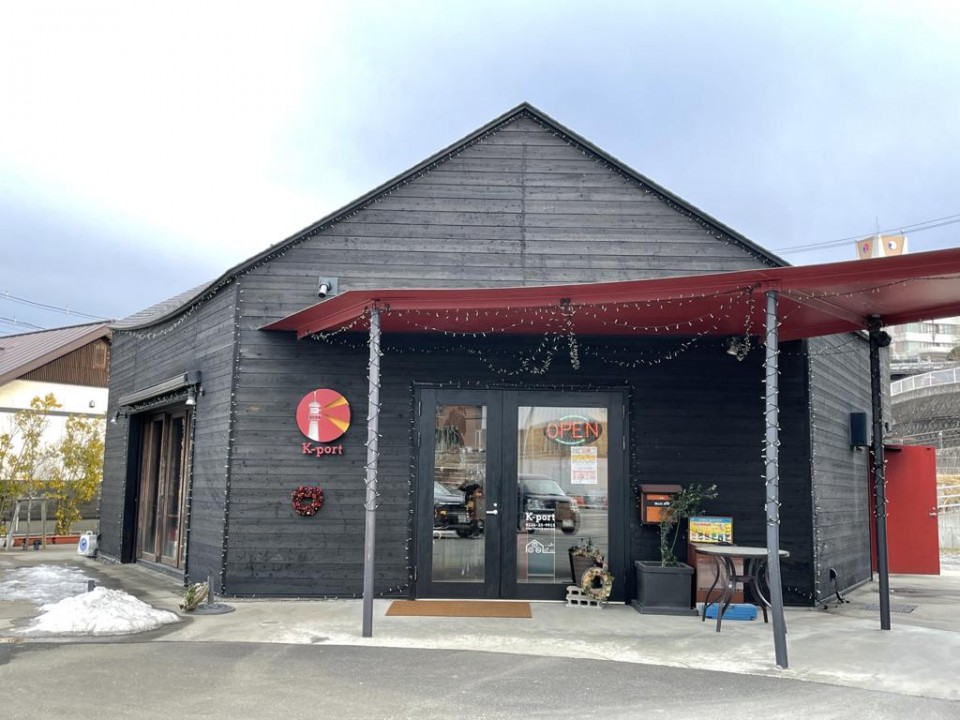 The light emanating from the lighthouse is symbolic of the darkness that gripped Kesennuma, Watanabe says. A month or so after the disaster, the city still had "no streetlights" and was "absolutely dark with hardly any sound."

Before the coronavirus pandemic hit, Watanabe would visit Kesennuma once a month when in Japan. He would help out in thinking about the menu for the cafe. During normal times, the cafe, which opened its doors in November 2013, annually holds a Christmas dinner where Watanabe, dressed in a suit, serves a full-course meal.

With the actor often under the spotlight, it was a place where he felt he could strip that public part of him away and simply relax with friends.

Now unable to visit, he maintains his link with K-port with faxed daily handwritten messages on his thoughts for the day.

"It takes five minutes to write it, and overall, 10 minutes including sending it, and during that time, I am thinking about Kesennuma. It's my way of saying I am connected to them," he said.

The culture of "kizuna" -- the Japanese word for bonds between people or emotional ties -- is close to Watanabe's heart. In addition to using the word in the name of the website he set up right after the disaster, he also spoke about kizuna at the World Economic Forum in Davos, Switzerland, in 2012.

But it's not something that can be taken for granted, he says, recalling a recent meeting with young people in Kamaishi, Iwate Prefecture, another disaster-hit area, and the feelings they expressed 10 years after the disaster.

That makes the upcoming anniversary an important time to recall the strength and resilience people drew from the culture of kizuna.

"Looking back on the 10 years, this is just the time to remember how we supported each other and how we had gone past those times," Watanabe said. 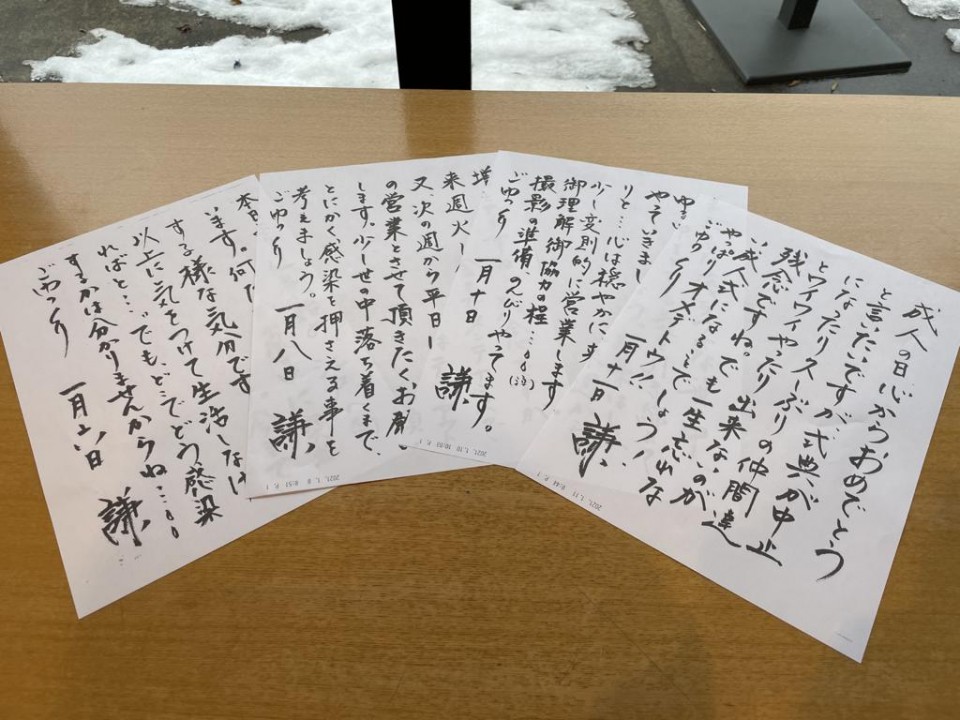 The actor's own commitment to reaching out to victims of disasters predates the March 11 disaster. He had wanted to do something after the 1995 Great Hanshin Earthquake that struck Kobe and its vicinity in western Japan but was undergoing treatment for leukemia at the time. When an earthquake struck his home prefecture of Niigata, he was shooting the film "Memoirs of a Geisha" in Los Angeles.

Last year, Watanabe, who has also starred in the Broadway hit "King and I" and received a Tony nomination for it, got the chance to "fully use my skills as an actor to send a message" when he took a lead role in "Fukushima 50," a film that chronicles the struggles of workers at the Fukushima Daiichi plant to bring it under control after the tsunami triggered reactor meltdowns. The men were later dubbed with the title "Fukushima 50" for their heroic actions.

Watanabe plays the role of the late Masao Yoshida, head of the Fukushima Daiichi plant who led the efforts to stabilize the plant.

"I wanted people to know that there were men who staked their lives to save Japan," Watanabe said.

Watanabe is bent on keeping alive his passion to help in rebuilding Kesennuma. Looking ahead, his cafe is planning to collaborate with restaurants and cafes from a commercial center built in the city for a festival in fall.

But when the 10th-anniversary remembrances take place, Watanabe says, he will be somewhere away from the spotlight, praying quietly. 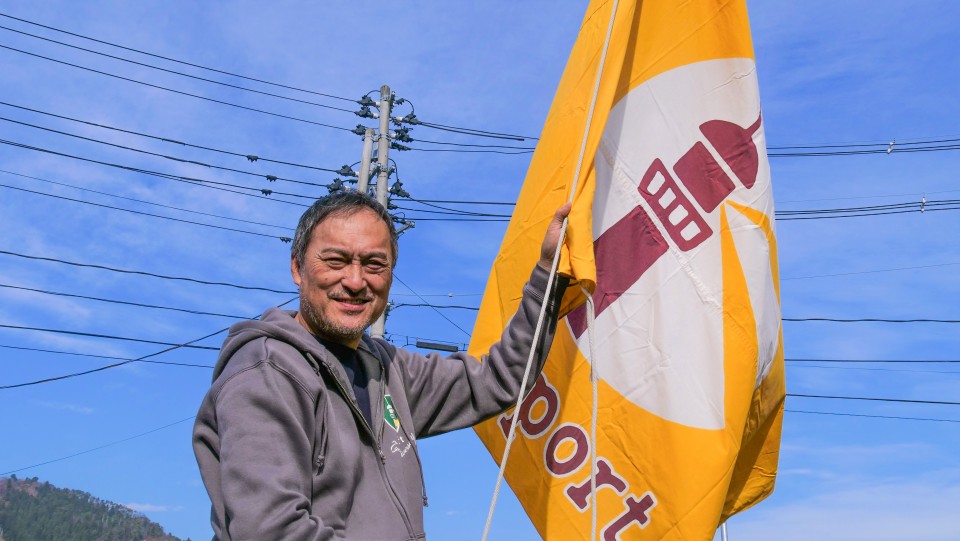