The Bank of Japan on Friday tweaked its policy framework to continue with monetary easing in more sustainable and effective ways as economic recovery from the pandemic is still nascent and its inflation target is far off.

After a review at a two-day policy meeting, the BOJ dropped its annual target of buying 6 trillion yen ($55 billion) in exchange-traded funds and said it will step up purchases only in times of market turmoil with its ceiling kept at around 12 trillion yen.

But more fluctuations can be tolerated now with the yields allowed to move up or down by around 0.25 percentage point from zero, wider than the previous 0.2 percent, the bank said in a post-meeting statement.

The current easing framework has done little to accelerate inflation toward a 2 percent target since its launch in 2016. The BOJ sought through the latest review to address the adverse effects of keeping interest rates low for an extended period and aggressively buying assets.

"We have boosted the mobility and sustainability of the monetary easing framework with (yield curve control) by conducting the review," Governor Haruhiko Kuroda said at a press conference. 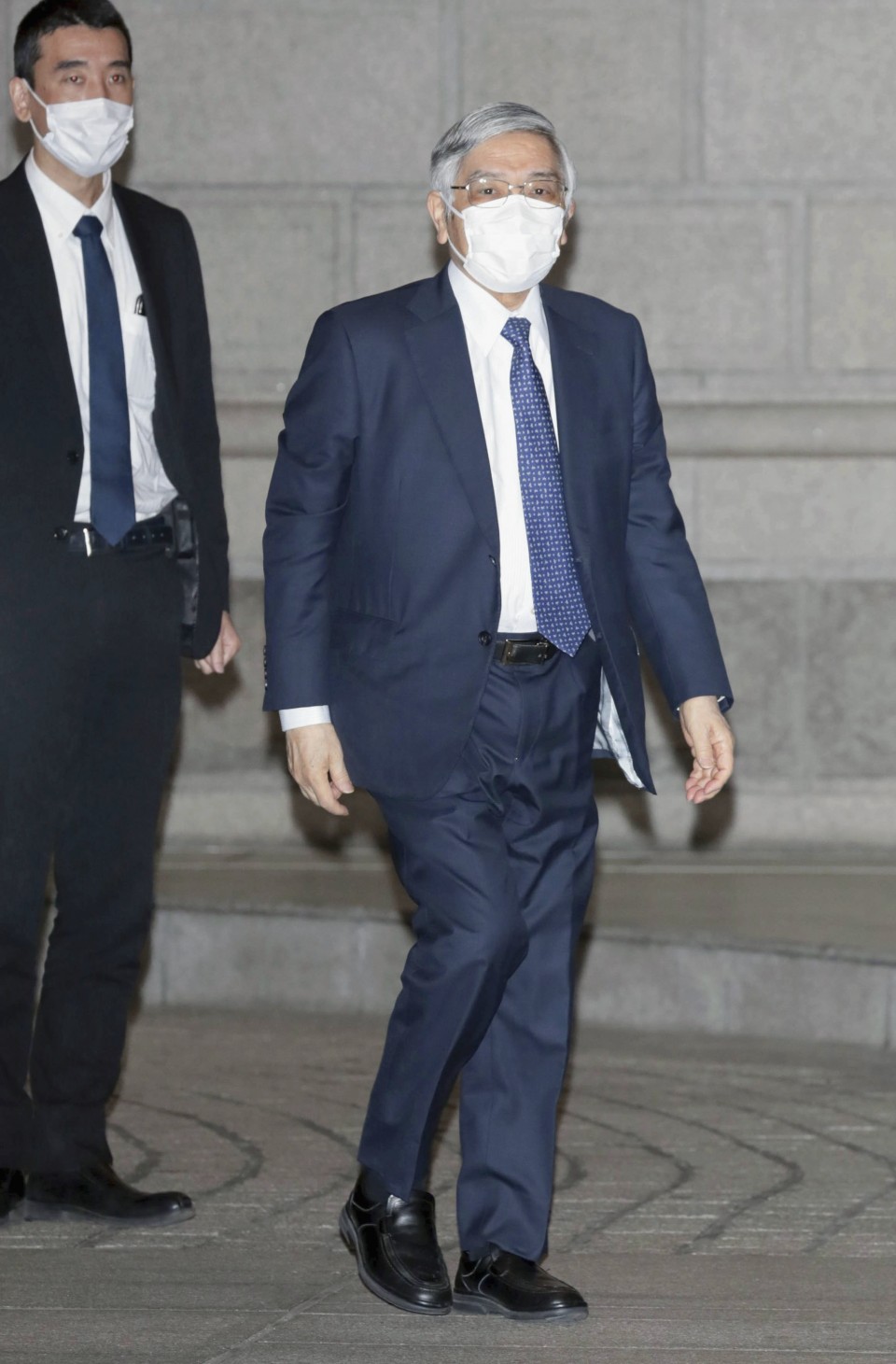 Its prolonged ultralow rate policy has kept pressure on bank lending profitability and years of massive asset purchases by the central bank could distort the market mechanism with the central bank now serving as a major holder of Japanese stocks, analysts say.

The framework tweaks could let long-term bond yields rise and reduce annual purchases of ETFs or investment products that comprise a variety of stocks and track key stock indexes, they say.

The Nikkei stock index dropped sharply on a report of the likely removal of the annual ETF target the day before the end of the policy meeting.

"Many investors saw (the target elimination) as the beginning of the end of the Governor Kuroda era, which could lead to the end of ETF purchases at some stage," said Norihiro Fujito, chief investment strategist at Mitsubishi UFJ Morgan Stanley Securities Co., adding that the revamped ETF program would effectively function as "stealth tapering."

Kuroda said there is no change in the BOJ's stance to "continue to press ahead with powerful easing measures to attain the 2 percent target at the early stage."

Under the new framework, the BOJ said it will only purchase ETFs tracking the TOPIX index of all First Section issues on the Tokyo Stock Exchange. The decision sent the index to close up 3.7 percent at a 30-year high, while the Nikkei index fell 1.4 percent.

"Large-scale purchases of ETFs during heightened market instability are effective," the BOJ said in its assessment.

Kuroda cautioned that the BOJ does not intend to widen the band and it will stem a sharp rise in long-term rates.

Critics have said the unprecedented yield curve control scheme has hurt the profitability of financial institutions and reduced the appeal of trading as long-term bond yields only trade in a boxed rage, sucking the life out of the market.

The widening of the range would help the BOJ better cope with such criticism and rising U.S. Treasury yields that would also affect Japanese bond yields.

The U.S. Federal Reserve has made it clear that it is in no hurry to raise interest rates even as U.S. Treasury yields have trended higher. The European Central Bank is also ramping up asset-buying to depress borrowing costs and support the economy.

To promote lending by commercial banks, the BOJ said it will establish an incentive scheme, applying interest rates to the amount of the lenders' current account deposits at the central bank. The program would help mitigate the negative impact if the BOJ decides to cut short-term and long-term interest rates in the future.

During the press conference, Kuroda said the BOJ will not hesitate to cut rates further if needed.

"The view that there are limits to monetary easing or we cannot go ahead with deeper rate cuts is not true," he said.

The world's third-largest economy expanded at an annualized rate of 11.7 percent in October-December but a state of emergency was reimposed in urban areas including Tokyo and Osaka in the January to March quarter. The BOJ stuck to its view that the economy has "picked up as a trend" but remains in a "severe situation" due to the pandemic.

Data released Friday showed Japan's core consumer price index, excluding volatile fresh foods, fell at a slower pace in February but was down 0.4 percent from a year ago. The figure is still far from the BOJ's 2 percent target.

he following is a gist of changes made by the Bank of Japan after a review of its policy tools at a two-day policy meeting through Friday.

-- allows 10-year Japanese government bond yields to move up or down 0.25 percent, slightly wider than before.

The following is a chronology of major events related to the Bank of Japan's monetary policy.

April 4 -- BOJ introduces "quantitative and qualitative easing" as part of "Abenomics" policy mix. It vows to double monetary base by aggressive asset purchases and raise inflation to 2 percent over next 2 years.

April 27 -- BOJ decides to remove annual target to buy government bonds worth up to 80 trillion yen.

March 19, 2021 -- BOJ decides to allow long-term interest rates to move up or down by 0.25 percentage point and remove its annual target of buying 6 trillion yen in ETFs.