The industry ministry plans to set up a site in Japan to recycle rare metals procured in and out of the country, as demand for such materials is set to grow for use in electric vehicles, ministry sources said Monday.

The plan is also intended to reduce the nation's heavy reliance on foreign countries for its procurement of rare metals. China, for example, accounts for more than 60 percent of Japan's rare earth imports. 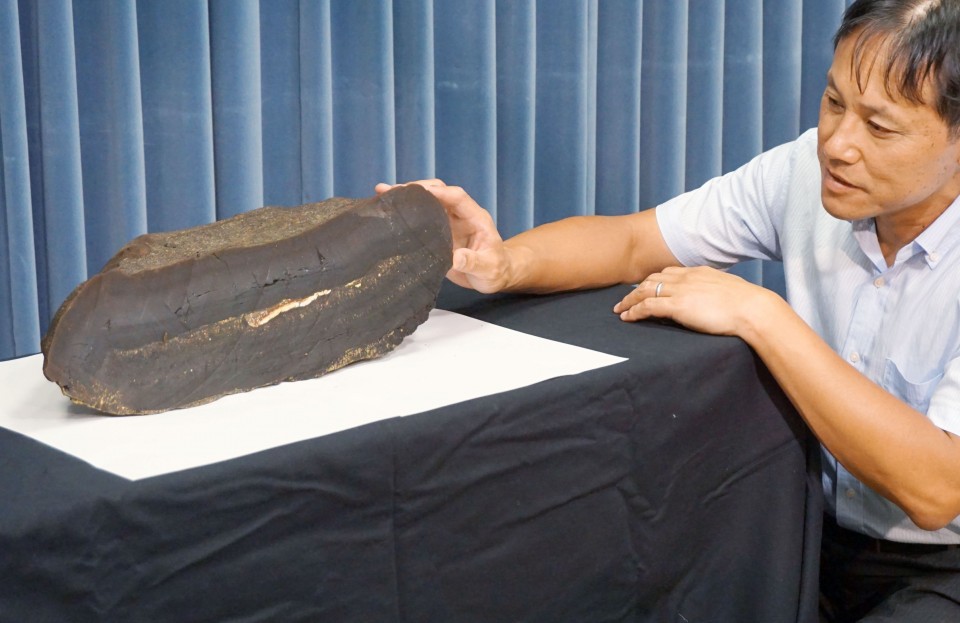 A rock containing cobalt and other rare metals, found on the Pacific seafloor off eastern Japan, is displayed at the Ministry of Education, Culture, Sports, Science and Technology in Tokyo in 2017. (Kyodo)

The development comes as the global race to procure the materials used in facilities to generate renewable electricity and batteries could further intensify amid moves to decarbonize.

As the technology to recycle rare metals is still in the testing stage in Japan, the Ministry of Economy, Trade and Industry plans to subsidize research costs and implement other support measures to put the technology into practical use, the sources said.

The ministry is also seeking to export recycled metals, they said.

To manufacture 1 million electric vehicles, the ministry estimates about the same amount of rare metals currently in demand in Japan would be required.

Rare metals such as cobalt and lithium are used in car batteries.

Separately, the ministry plans to step up the recycling of copper, which is used in electrical wires, as increased efforts are under way to electrify various aspects of society and cut carbon dioxide emissions, according to the sources.

The ministry hopes to secure the stable supply of copper for use in motors, electrical wires and transformers of offshore wind power generation, they said.

Japan is focusing on development of wind power as it seeks to bring greenhouse gas emissions in the country to net zero by 2050.