Rui Hachimura scored a season-high 29 points Saturday but could not get the Washington Wizards across the line in a closely fought 125-119 loss to the Milwaukee Bucks.

The second-year forward stepped up in the absence of NBA scoring leader Bradley Beal, who missed the game at Washington's Capital One Arena with a minor knee injury. 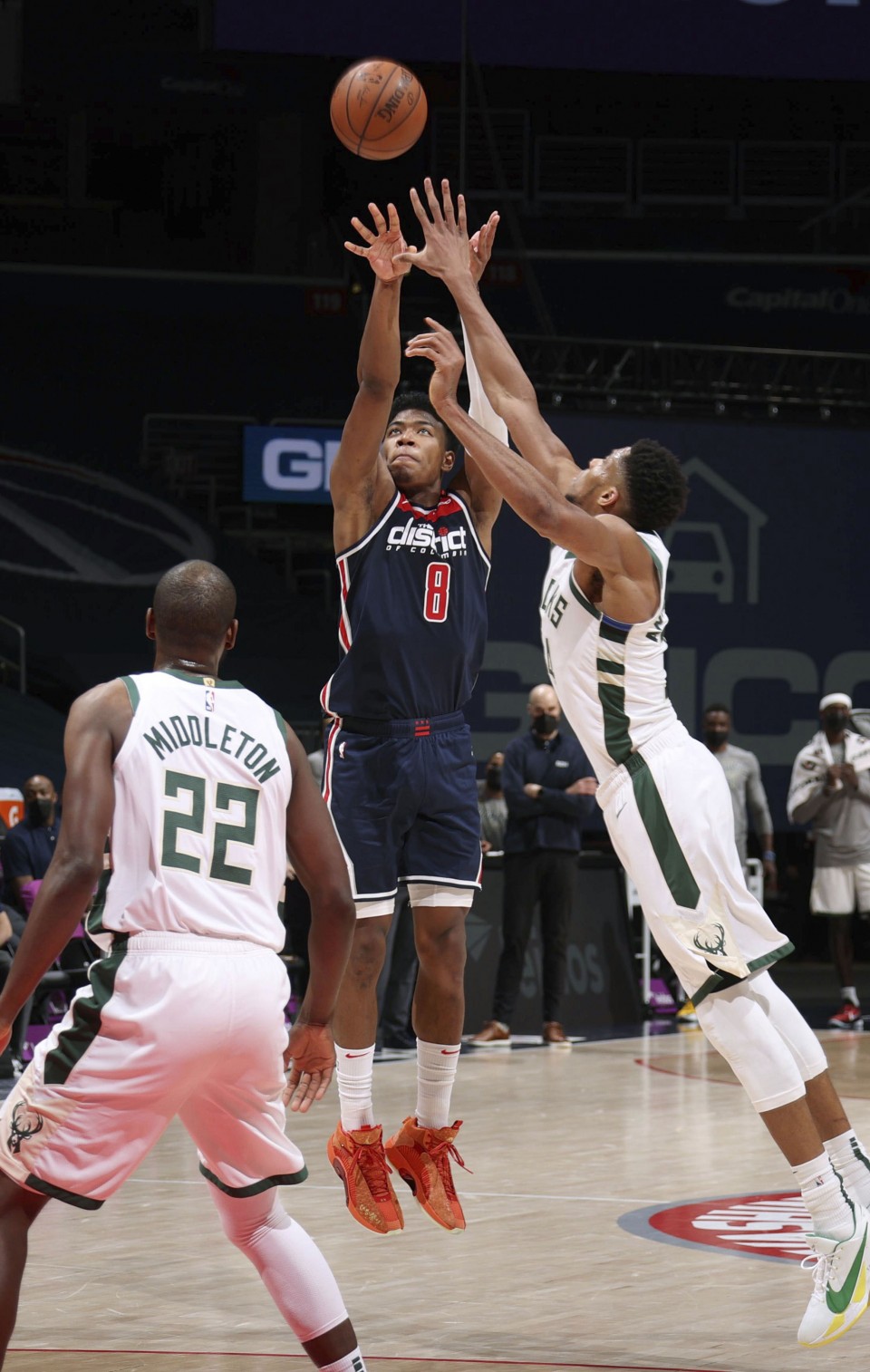 Rui Hachimura #8 of the Washington Wizards shoots a 3-point basket during a game against the Milwaukee Bucks on March 13, 2021, in Washington. (NBAE/Getty/Kyodo)

Russell Westbrook poured in 42 points to go along with 10 rebounds and 12 assists for the Wizards, but the Bucks were able to seal the win on the back of a 33-point performance from two-time reigning NBA MVP Giannis Antetokounmpo.

The loss to Milwaukee, currently third in the NBA's Eastern Conference, was the third straight for Washington, which sits 13th in the conference with a 13-24 record.

The 23-year-old Hachimura said he had been mindful of the need to carry a bigger scoring load, but had not changed his overall approach coming into the game.

"I know I have to be aggressive every game...Brad was out and I knew the team needed scoring. I don't think I did anything differently," Hachimura said in an online interview.

The Toyama Prefecture native said the Wizards had given an improved performance despite missing the chance to upset a fancied opponent after taking a 95-94 lead into the fourth quarter.

"The past three or four games...I feel like we beat ourselves. Tonight we came out with a good energy," he said.

Elsewhere in the conference, Yuta Watanabe contributed 1 point and 4 rebounds in 13 minutes off the bench for the Toronto Raptors, who lost 114-104 on the road against the Charlotte Hornets.