Myanmar residents in Japan requested Sunday that Defense Minister Nobuo Kishi pressure the Myanmar military into freeing civilian leader Aung San Suu Kyi and others it has been detaining since the Feb. 1 coup.

In a document addressed to Kishi, the residents also asked that Japan urge Myanmar's armed forces to restore the democratically elected government. 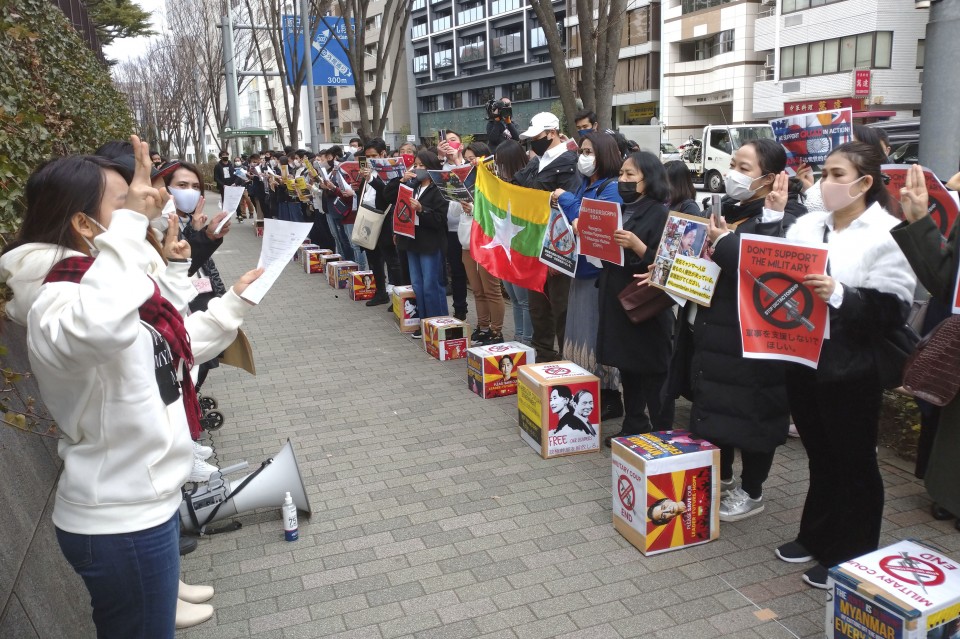 Myanmar residents in Japan protest in front of the Defense Ministry in Tokyo on March 7, 2021, against their country's military that has detained Aung San Suu Kyi and other members of her National League for Democracy party since the Feb. 1 coup. (Kyodo) ==Kyodo

They handed the document to a Defense Ministry official after about 120 Myanmar residents and others held an anti-coup protest in front of the ministry in Tokyo.

They took the action as Myanmar security forces have killed, according to the United Nations, more than 50 people in an attempt to prevent daily demonstrations and strikes in the Southeast Asian country since the military takeover.

"We know Japan has connections with the Myanmar military," she said. "We would like the Japanese government to push the military to stop its violence and change course."

In Kobe, western Japan, some 400 Myanmar residents and others held a similar demonstration, saying they will never recognize a military dictatorship in their home country and calling for the release of Suu Kyi and other members of her National League for Democracy party.