January champion Daieisho will return to sumo's elite ranks for the March Grand Sumo Tournament, the Japan Sumo Association said Monday in the form of its latest rankings.

The 27-year-old, who went 13-2 in January as a top-ranked maegashira to capture his first grand tournament, will compete in the March 14-28 grand tournament at Tokyo's Ryogoku Kokugikan as one of three komusubi wrestlers. It will be his first time in sumo's three "sanyaku" ranks below yokozuna since he went 5-10 as a sekiwake in September. 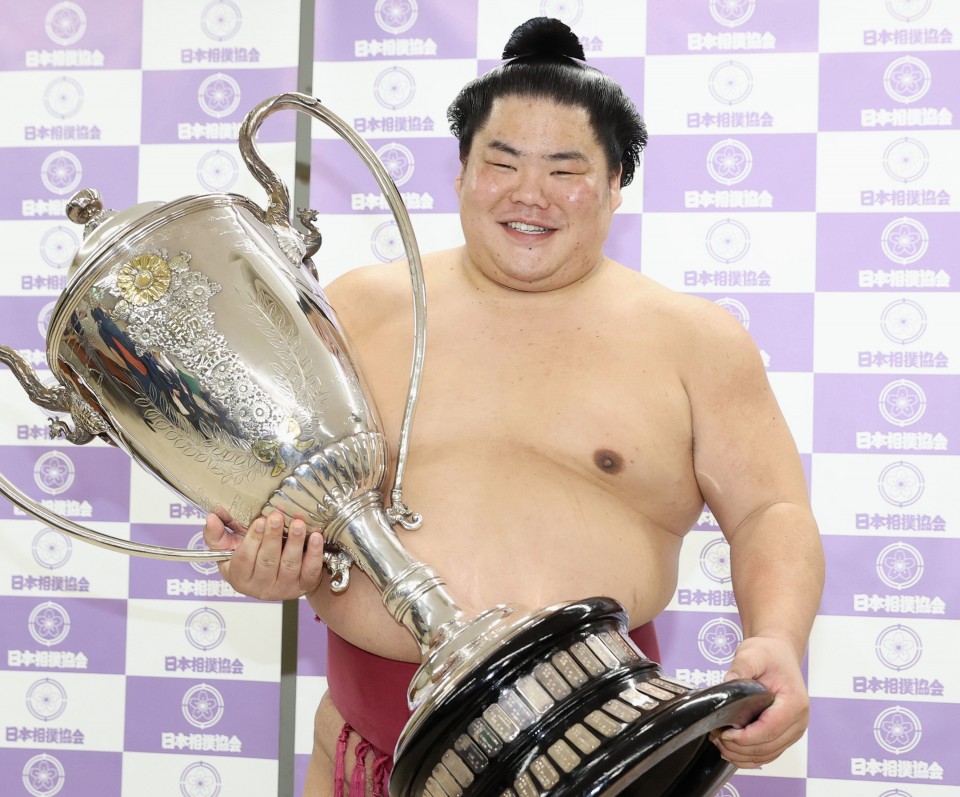 Forty-four-time champion Hakuho sits atop the rankings as the east yokozuna, from which position he will be competing in his 100th grand tournament since joining the elite makuuchi division without ever dropping back down to juryo, something no other wrestler has accomplished.

Hakuho tested positive for the coronavirus in January and is one of six wrestlers in the top flight who sat out the last tournament due to the coronavirus. Prior to that, the Mongolian-born grand champion had not competed due to injury since withdrawing from the final three days of the July tourney.

The west yokozuna, Kakuryu, has missed all of the last three tournaments and all but the first day of last July's meet. Both he and Hakuho were admonished after the November tourney for their absences by the JSA Yokozuna Deliberation Council. The warning the two received is the sternest admonition the advisory board can issue short of a recommendation that a wrestler retire.

The sekiwake rank is led on the east by Mongolian Terunofuji. Although knee injuries sent his ranking plummeting to near the very bottom of the sport's hierarchy, the 29-year-old could reclaim the ozeki ranking he last held in September 2017 with 10 or more wins in January.

His partner on the west is Takanosho, who has now held on to his sekiwake rank for three straight tournaments.

Returning at komusubi after posting 9-6 records in January are former ozeki Takayasu on the east, and Mitakeumi in the top west slot.

The ozeki trio has Shodai on the east and Asanoyama on the west after both went 11-4 in January. The No. 2 east ozeki is Takakeisho, who missed five bouts due to injury. With just two wins in January, Takakeisho is facing demotion as a "kadoban" ozeki who needs at least eight wins in his next tournament to remain an ozeki in May.

There will be no makuuchi debutants in March, but three wrestlers are returning to the top flight.

Hidenoumi checks back in as the west No. 15 maegashira. He is returning for the first time in 17 tournaments and will become part of the top division's ninth brother combination -- in tandem with his younger sibling, No. 8 Tobizaru.

Also returning for the first time in five tourneys are No. 16 Daiamami and No. 14 Tsurugisho, who jumps 10 ranking places after going 12-3 in the second tier in January as a No. 8 juryo wrestler.