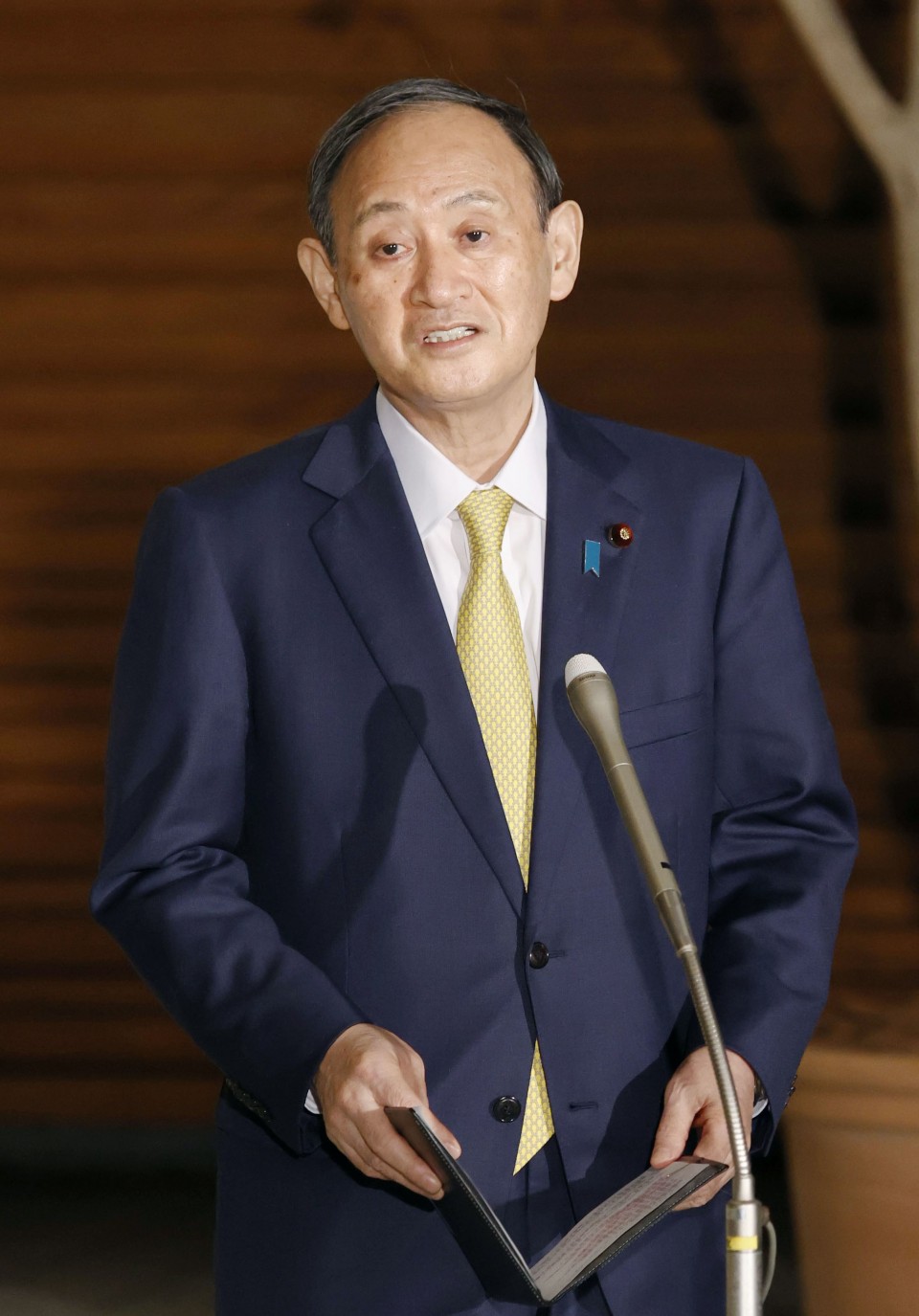 Prime Minister Yoshihide Suga speaks to reporters on Feb. 24, 2021, at his office in Tokyo. (Kyodo)

Taro Kono, the minister in charge of vaccination efforts, had previously said the government was aiming to start administering shots to people aged 65 or older, a group of about 36 million people, on April 1 at the earliest.

Vaccinations of the elderly will start on a small scale to work out any distribution and technical issues before ramping up nationwide from April 26, Kono said at a press conference on Wednesday.

The third shipment of Pfizer Inc. and BioNTech SE's vaccine has been approved by the European Union and is expected to arrive on March 1, he said. The batch will consist of up to 526,500 doses, depending on the type of syringes used.

The update to Japan's vaccination schedule comes amid concern over supply shortages created by the European Union's new controls on vaccine exports and production delays at Pfizer's factory in Belgium.

Japan has signed a contract to receive 144 million doses from Pfizer, and Kono said he expects supply to increase as the U.S. drugmaker steps up production from April.

Municipalities will begin receiving vaccines for people aged 65 or older in the week beginning April 5, Suga told reporters after meeting with members of his Cabinet including health minister Norihisa Tamura and Yasutoshi Nishimura, the minister in charge of the government's pandemic response.

Japan is aiming to procure enough doses for its population of 126 million by June and also has supply deals with AstraZeneca Plc and Moderna Inc.

COVID-19 vaccinations began last week after the Ministry of Health, Labor and Welfare granted fast-track approval to Pfizer's vaccine starting with an initial group of 40,000 health care workers, half of whom are participating in a study to track potential side effects.

As of Wednesday, close to 18,000 people in the country had received the first of two shots.

People with preexisting conditions such as diabetes and those working at elderly care facilities will come next, and then finally the general population.